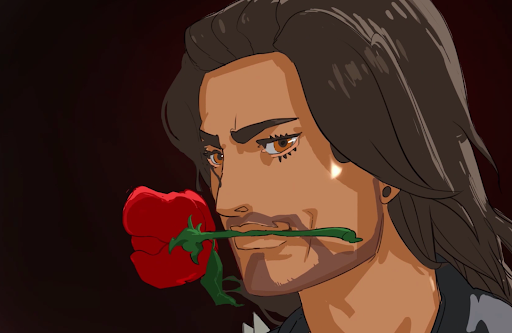 One of the books I write about in this month’s Dee Dee Zine is Kawakami Meiko’s Heaven. It is a deeply uncomfortable, nihilistic book about bullying, and certainly anyone that reads it that has experienced bullying will be challenged terribly by it (in fact, everyone should be challenged by this – it’s a challenging book, and that’s the point of it). The reason I bring all of this up is I want to talk about what it does in reference to Boyfriend Dungeon, and one particular character in it.

As Lindsay’s excellent review notes, Boyfriend Dungeon features a stalker-like character, Eric. He’s a terrible character, by design, and is there because, thematically, in a dating game (well, part dating game), Eric represents the risks inherent with dating. Eric is where the fantasy presented by Boyfriend Dungeon can go wrong, and his presence helps ground the game as an artistic expression rather than entertainment content. Without Eric, Boyfriend Dungeon would be trivial. Passive content to consume and then move on. Not art. You don’t have to empathise or align with Eric to realise what he brings to Boyfriend Dungeon, but ultimately you should see his narrative and thematic value.

Unfortunately, there are a lot of people that didn’t see it that way, and while the response to the game has been overwhelmingly positive, there have been a fair few people that have suggested that Eric should have been optional. There are other optional elements within the game that might be triggering for some players. For example, you get messages from “mum” every so often, which might be an issue for some players that have less warm family environments. That’s something you can turn off.

But not Eric. You can’t avoid him as a character, as there are key scenes in which he plays a central role. You can’t avoid the stalking themes he represents, and, if this is triggering to you, you’re going to be uncomfortable with it. The developers may have built their game this way because Eric is integral to the plot and the message that they want to convey, but for some, it’s too much, and more than a few have suggested that the developers should patch in ways to take the character out of the plot. 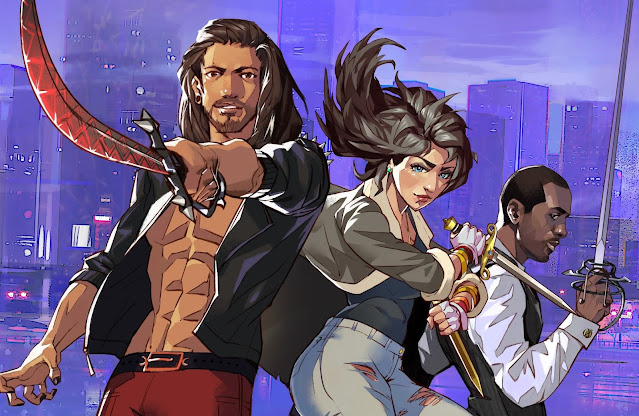 There are three points that I want to make here in response to this, because I do think that this is a pretty worthwhile and important conversation to have, in the context of the games-as-art movement. Firstly, if a game makes you uncomfortable, then you absolutely have no obligation to play it. Often in video games we are conditioned to think that every game should be appropriate for us. Developers and publishers constantly tell us that they “listen to our feedback,” and if the criticism is loud enough, then we can even get the developers to change things (consider Mass Effect 3’s ending). But the reality is that any single game can’t be for everyone and developers shouldn’t be obligated to make that the case. There are plenty of themes and subjects that I find distressing, even triggering. My solution is to avoid those games as much as possible, or criticise the way that they’re handled in the game. I do, however, draw the line at demanding developers make changes. This is their art, not mine. As long as they understand that not everyone is going to love their thing, then they’re under no obligation to make sure that I – or anyone else – approves of what they’ve produced.

Secondly, I do want to mention that developers do have an obligation to make players aware of what’s in the game. Some of the pushback on the Boyfriend Dungeon developers has come from people that felt that the content warning at the start of the game wasn’t adequate. That’s fair enough. If you go along to a light-hearted Disney cartoon with your kids/younger sibling/partner/grandparents/whoever, you’d be pretty upset if it turned out to be hardcore pornography and nothing warned you about that in advance. It’s the same for games. Developers should, as a courtesy and out of good common sense, make sure that the content warnings are adequately representative of what’s in the game, and ideally, they should provide those warnings before someone has purchased it (i.e. in the game’s store description or similar).

Thirdly, though, and this is why I mentioned Kawakami’s book at the start of the article: if video games are art, then we’ve got to get over this collective mind hurdle that we have that leads us to insist that the only stuff we see in games is the stuff that we approve of. A core purpose of art has always been to challenge audiences and society. Art exists to generate discussion and then build on it. The work that one artist done is challenged or celebrated by the next, and critics pen their essays about it while audiences chat about it with one another afterwards. For art to truly succeed at creating and participating in conversation, we sometimes need to read, see, and experience things that take us outside of our comfort zone. I’m not talking about “shocking” material like slasher horror films where we have a little giggle at all the violence. I’m talking about something like The Sea Inside – a film about the euthanasia debate. If we removed the triggering material from that film there would be nothing left. Likewise Kawakami’s novel that I mention here. If we remove the commentary around bullying from that book, there will be about two pages of meaningless words left.

We accept that in other art forms, artists can challenge, and deal with both different and difficult subject matter. There are thousands of books, films, plays, music songs, and whatever else, that deal with stalking, and many of them do it to a far more uncomfortable degree than Boyfriend Dungeon. And yet for some reason, however, in games there is an ongoing resistance to that. The expectation often is that games, as grotesquely violent as they often are, must uplift and empower us. Games must make us feel good and if a game doesn’t do that, or even a part of the game doesn’t do that, then that game has done something wrong. The context and purpose of the content is often not examined. Only its presence.

The “problem” for Boyfriend Dungeon’s developers is that they did the right thing, and made this game accessible and welcoming to as many people as possible. The blowback to the character of Eric is a small-scale problem, to be sure, since the game has been a complete and resounding success, but Boyfriend Dungeon is by no means the only one to have run into this kind of issue. Other games, such as the wonderful Haven – are increasingly coming up against resistance if any part of the game challenges players on any level. Even if the overall project is uplifting and positive, this inability to welcome uncomfortable themes as an opportunity for discussion is a sad failing of modern culture. It’s one thing to demand mass-market blockbusters appeal to everyone – that’s the point of their existence. However, indie games are more akin to the arthouse scene in cinema, and the moment we demand that they must also be agreeable and comfortable, is the moment we’ll lose the one bastion for art left in this medium.