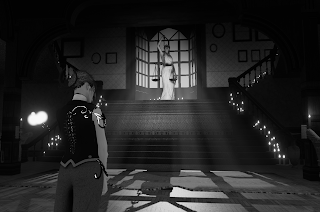 Did you know that there was a game jam dedicated to Game Boy game development? A few thousand dollars in prizes, too. This seems like it’s going to be quite a popular jam for nostalgic game developers to play around with, and the first entry, as far as I can tell, is The Farm. While the developer claims that this isn’t a “serious” entry… it does look like a whole lot of fun.
The game features three stages, and from the look of it, all three stages offer different types of gameplay – there’s a maze level, a shooter level, and a… beam ’em up level. It’s probably going to be quite the short game, but then again it’s free, and the developer has been kind enough to release it in emulation formats, so you can play it on your console emulation devices. It looks like a fun little play, so why not, right?
Fantasy Cascade

Well, doesn’t this look like the most incredible dark horror piece? Fantasy Cascade, Episode 1 is a Twine game about extreme dissatisfaction and disenfranchisement, wrapped up in lucid nightmares. This game is much too difficult to try and summarise in my own words, so I’m going to go with the lazy copy/paste from the game’s description: wilson is a “concept”, a species that physically reflects their inner selves as they grow- unfortunately for him, he’s been saddled with tears as a motif, which doesn’t help when you’re in the closet, in a shitty straight relationship, and dealing with horrible nightmares that just won’t let you rest. episode 1: overspill focuses on his introduction, his place in the world, and how he gets through the day. 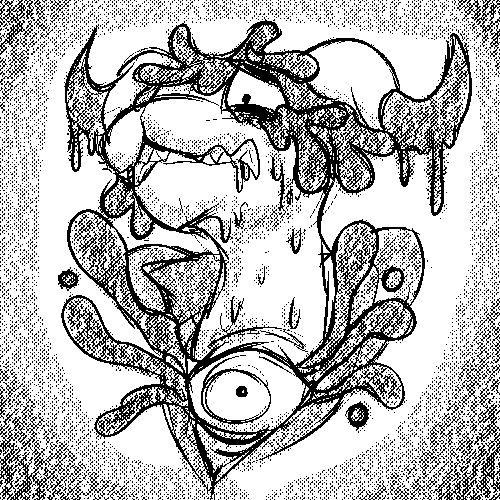 In addition to the beautiful sinister art, this game checks off just about every content warning you could imagine: verbal and physical abuse, implications of child death, death in general, self-harm, suggestive discussions and imagery, NSFW implications, workplace sexual harassment, peril relating to NSFW/suggestive situations, body horror, exploration/denial of sexuality, and choking. It goes without saying that this is most definitely an adults-only game, but it looks like a serious, genuine one, doing something interesting and worthy with its transgressive themes.

Darkest Dungeon has a lot to answer for, but since so many of the games that are inspired by it have been so good, we’re not actually complaining about this. Draft of Darkness is a post-apocalyptic survival horror roguelike with card mechanics. Far from being a mesh of nonsense for the sake of having bullet points on the marketing list, but it does seem like every element of Draft of Darkness has been carefully considered.

The card deck is your weapon and inventory system, and the goal of each “run” through this roguelike is to build a rag-tag band of survivors, each with their own abilities and capabilities. Finally, you’ll be making key choices as you advance through the story – no doubt those decisions will have a heavy moral component. These games always do that. This is only a demo, so if it intrigues you, download it for free, and let the developer know what you think of it before you’re asked to buy the whole thing.

Deep Down Me looks like it could be really powerful. The black-and-white aesthetic is immediately appealing but it’s the narrative concept that really caught my attention: However, her father wasn’t fulfilled, because he couldn’t have a male heir. His wife was ill, and couldn’t have any more children. Frustration and social pressure made the father toxic and stifling. That caused severe trauma to Helia. One day, Helia fell into a coma because of her violent father. In the game, you have to brave the darkness and use the light to save Helia’s life.
I’ve cleaned the description up a touch – the game was clearly made by a French developer, working with limited translation capabilities, but it should be possible to follow what’s going on in it, and it really does looks like it could be an intense and artful horror experience. There’s a heavy emphasis on the use of light and darkness (a motif I always love), and as you can see from the surrealistic imagery, this one has a strong Euro-horror vibe. This one is also free to play, so no risk there!