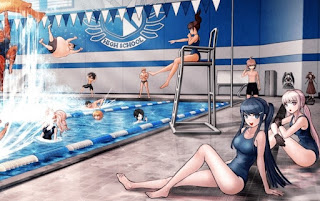 I already have the Danganronpa series twice over – on Vita and on PlayStation 4 – but I am so immeasurably excited to also be able to have it on my Nintendo Switch. It is, after all, the best console of all for visual novels (also the Danganronpa aesthetic is going to look gorgeous on that new OLED Switch screen).

Now we have a release date. It will land on December 3 in both North America and Europe (and I would assume Australia). There will be four games available in this release, which can be purchased together as a physical edition, or individually on the eShop.

There’s nothing else to share here at this point. The release date is exciting news all by itself.

Blue Reflection: Second Light is going to be the most beautiful, wholesome game of all