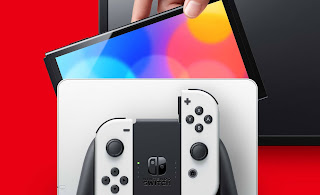 Look, if Nintendo wanted some boring coverage of its exciting new console, it wouldn’t have announced it after 11pm at night. But that’s what Nintendo has done, and I’m being a good, dutiful journalist in reporting just how much I want this console… in my console slot.

But, okay, serious time here. OLED is sexy technology. It’s an objectively better quality screen that does colour and vibrancy so much better than LCD, and that’s why Nintendo’s new OLED model should excite you. As far as I can tell from the announcement it’s actually no more of an upgrade than that, and you’re going to be paying a premium for it: $Aus539.95, but then again I have Dead or Alive Xtreme 3 and Hatsune Miku MegaMix on my Nintendo Switch and I do very much want Miku and Marie Rose in OLED.


Enjoy the trailer, and thanks for keeping me up late at night, Nintendo. Love ya always.

Akiba’s Trip: Hellbound & Debriefed – Why I love this game

Danganronpa gets its Switch release date