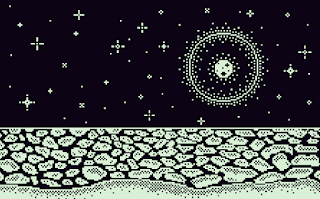 There are simulators out there for just about every kind of job, task or business that has ever existed… though I don’t remember there being a comic company management sim… until now, that is. This game is in early development still (you can check out the planned feature roll-out to see just how much more is planned), but as an early access concept, I am right on board with this one. Much like game developer studio sims, or the upcoming Japanese idol manager sim, Comic Company Manager taps into a job that would be just plain cool to do.
While it is still in ongoing development, you can hire writers, artists, inkers and colourists, create teams of people to work together, establish comic series’ in multiple genres, and expand your office environment. There’s also a “complex market system,” that will determine whether your comics sell well or not. So, if you’ve ever wanted to show Marvel how it’s done… here’s your big chance.
Desolatium Prologue

Most developers can’t deliver on the whole Lovecraftian cosmic horror gig. See, Lovecraft was notable for being as much about what you, the audience, didn’t see as what you did. He was deliberately vague about describing his monsters and terrors, knowing full well that a reader’s imagination will fill in the blanks when they only witness the effect that a creature has on those that witness it, rather than seeing it themselves. That quality is rather hard to pull off with the structure of video games, however. Still, it doesn’t stop developers from trying, and Desolatium Prologue is the latest attempt to build a Lovecraftian nightmare. 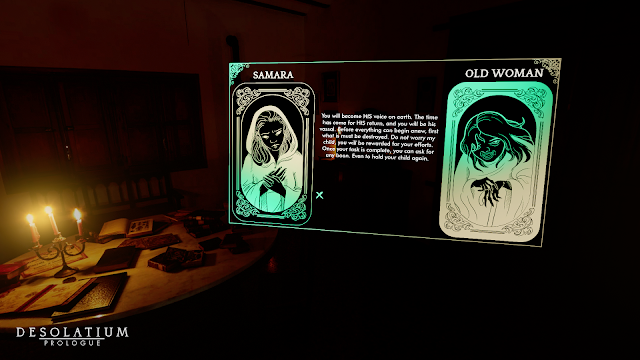 It does look really good, too. It’s a first-person point-and-click adventure title, that takes the relatively uncommon step of using real photographs of real environments to provide the setting. The developers have implemented ambisonic audio to create a full surround sound effect, and there’s even VR support for maximum immersion. The developers have also promised complex puzzles and, of course, Cthulhu himself. Whether you would actually want to see Cthulhu in VR or not remains very much the question.

Next up we have a striking little game, featuring gorgeous low-resolution pixel art and what may well be a fascinating little story. Imaginaria is a game about life on an Antarctic station, developed from the first-hand account of life on such a station in the real world. It is “equal parts visual novel, point-and-click adventure, walking sim and documentary,” and the “documentary” bit is perhaps the most fascinating. I mean, who hasn’t been intrigued by what life must be like in Antarctica?
There are 15 locations to explore in this game’s world, all rendered so beautifully in that distinct “1-bit” style that is making such a comeback these days. The project comes from a new team of people, including someone who has dozens of different games to their name… and their library of work is hugely eclectic and, it seems, very creative. They seem to be very much an “itch.io developer”, and I mean that in a very positive way.

Finally for this week, we’ve got a game that is turning some heads on itch.io indeed – 10-103: Null Kelvin has already seen a huge number of comments and video playthroughs, and it has been generally very positive in tone. You can play this one in your browser, or download it, and it’s a horror-themed game with a neat pixel-art vibe. 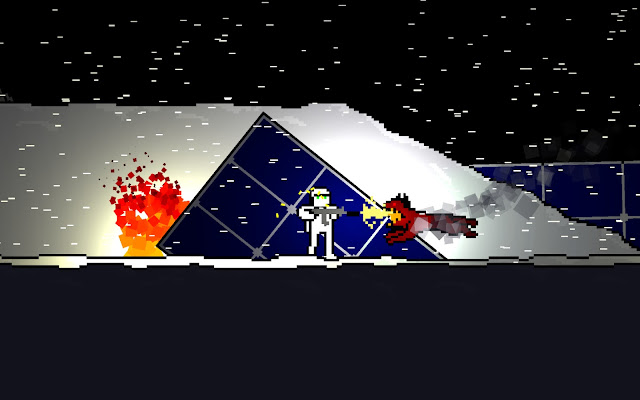 It’s one of those “you need to explore an abandoned research facility” action 2D games, and those are common enough, but based on the comments there are a couple of qualities that have helped it to stand out: players seem to love the atmosphere of the game, the lore and storytelling, and it seems like it’s also quite the challenging experience. Currently, this game is only available on freeware sites or itch.io, but I would imagine, just based on the fan following that it clearly has, that it’s going to go places from here.

Dark Alliance: This Dungeons & Dragons game is an insult