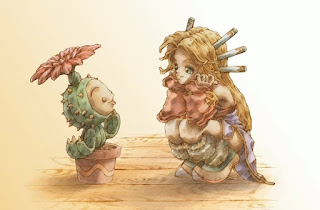 Last week, we played two games; a heartfelt indie narrative game that has come to Nintendo Switch after spending some time on PC, and Legend of Mana. What a beautiful game that is.
Seven Years From Now
Legend of Mana
We do take requests! So if there’s ever a game that you’d like to see me play, just shout out – as long as I have access to it, I will do my best to fit it in the schedule!