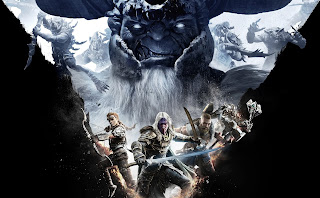 I’ve been reading Drizzt Do ‘Urden novels in the Dungeons & Dragons universe for over 25 years now. He and his crew are some of my favourite fantasy characters of all time. To this day when I play D & D my characters will generally use at least one scimitar – Drizzt’s weapon of choice.

This is why it is so offensive that Dark Alliance is such a cynical use of the Drizzt license. Above and beyond the terrible enemy AI, generic level design, and general shallowness of the game, the developers never even bothered to try and get these characters accurate to the books. They’re just skins on generic action RPG heroes, cynically named after the heroes from the books to sell the game to suckers like me.

I am so disappointed about this. In this video, I discuss the misuse of the license. A full review of the game’s gameplay issues will be on DigitallyDownloaded.net over the next day or so.