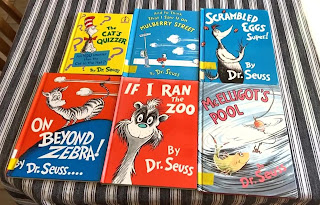 There was some interesting news from outside of the games industry that is nonetheless of some meaningful relevance to video games for the reaction that is has provoked. The company that preserves the work of Dr. Seuss has decided that it will no longer publish six of the author’s children’s books, on the premise that the material found within those books is no longer palatable for the target audience (i.e. children). Or to be blunter, those books contained some pretty racist imagery, and the publishers decided that they didn’t want to actively publish racism to children any longer.

The response to the news has been predictable, with a large number of people incredibly upset about the “censorship” on display here. Apparently, these people do indeed want children – who cannot tie their own shoelaces, let alone apply adequate critical analysis to racist texts – to spend some of their formative years learning from explicitly racist imagery. Putting that truly ridiculous example of unthinking, reactionary nonsense aside, it does, once again, raise a question that has been very relevant to video games for many years now; why do people continue to misrepresent “censorship” in their protests against things like this? Is it simply a matter of ignorance (however willing, since these people never seem interested in learning what actually constitutes “censorship” when others try and correct them), or are there more disingenuous, insidious, culture wars-stuff going on here?

To be clear; there is no censorship going on with this Dr. Seuss thing. Publishers choose the books they want to publish (and not publish) on a daily basis. Publishers that were publishing a book often decide to stop publishing it, and they do so for any number of reasons. The six books that the publisher has decided that it won’t publish any more are not being recalled, banned, or destroyed. They’ll continue to exist in libraries, collections, and archives, and once those books pass into the public domain, anyone on the planet will be able to take it upon themselves to republish them. To reiterate: there is no censorship going on here.

This situation is, of course, a familiar story with video games as well. If a developer makes changes to a game through the process of localisation or to put the game on a platform that might have a policy against certain types of material (for example, to remove explicit sex scenes from a game to release on consoles that don’t allow pornography on the platform), there’s an inevitable cacophony of people decrying the “censorship.” If a translator localises the game in a way that some people don’t like then they’ll want to go private on social media before the inevitable wave of anger hits them over their efforts to “censor” the creators. That anger inevitably ignores just how creative literally every localisation from Japanese to English must be creative because the languages, and cultures, are not directly transferable, of course, but sometimes these creative decisions very much kick a hornet’s nest. “Censorship” in some circles has come to mean “changes to the status quo that I disagree with” and… that is actually not what the word means. At all.

Actual censorship occurs when a third party takes steps to limit the creator’s vision to a community in its entirety. Sony deciding that it doesn’t want anime boob games on the PlayStation is different from examples of actual censorship, such as when the Australian government completely bans games. When Sony does it, it’s on the one platform. You can still access and play the game on PC, and quite possibly other consoles, too. Another example of actual censorship is when the Chinese government forces a Taiwanese developer’s game off the Internet for poking fun at the Winnie the Pooh president. It is not when Valve decides that a game isn’t right for Steam, and the difference is that, in the latter scenario, developers can still release their game on the various adults-only platforms instead. Censorship is when a country bans pornography in its entirety (South Korea, among many others). It is not when Nintendo decides that Nekopara can’t have the money shot scenes on the Switch version.

Heck, just to show just how silly these “censorship” arguments can get, there was a big uproar when SEGA announced that it was going to patch in a fix for a bug in the Nintendo Switch Hatsune Miku game that was causing her skirt to fly up randomly. This was a bug, and was never part of the developer’s intent whatsoever, so patching the bug was the creative intention. Not only that, there are still clips in the game where the camera angles mean you get a good look at Miku’s underwear anyway, because in those cases it is the creative intent for you to see that. Still people protested “censorship,” making it quite clear it’s less about a concern that artists are being censored as it is that these people just want to see panties.

Finally, to put it in personal terms; my own visual novels would, for the most part, be denied to all of these platforms without some heavy modifications. But no one has censored me. No one’s told me that I can’t make these games. I just need to accept that not all of these platforms are available to me. I do accept that, and yes it means that I’ll likely never be able to make a living from those games in and of themselves (itch.io sales aren’t that great). But I’m not owed a platform, nor commercial success, just because I’ve got an idea for a game that pushes the thresholds for these platforms.

The crux of it is this: it’s censorship where the original work would be removed from all platforms (not one) and made impossible to experience, and it’s important that we understand the distinction because it changes the conversation that we need to have in response to the event. Censorship is an abject evil because it has been historically used to stifle dissent and turn dangerous – but valuable and important – ideas into taboo. It’s important that, as a society, we know how to recognise and respond to genuine examples of censorship, because that is antithetical to the very idea of a free society. However. Businesses being businesses is a whole other subject. It’s worth emphasising here that I don’t believe these companies are above criticism; I’ve been very critical of Sony’s approach to Japanese developers and, of course, I’d rather Nintendo open the Switch to adults-only games (not least because I’d love to see my own games on the Switch), but that’s a conversation we need to have about capitalism, not censorship.

The concern I have is that a lot of people that do understand this distinction try and weaponise it to further their own end. People who are fundamentally comfortable with racism cry “censorship” at the decision to stop publishing those Dr. Seuss books, and they do that because they know that the “other side” also acknowledges that censorship is an abject evil. Their thinking goes that if they can associate their argument with an argument against censorship, their interest in perpetuating racism gains legitimacy and the other side can’t argue against that without appearing to support an abject evil. Similarly, I do think deep down a lot of these people crying “censorship” in video games understand that it isn’t really censorship. It’s just that they want to play these anime boob games, and it becomes much more difficult to obligate Sony to publish them, and obligate the localisers to localise these games “correctly,” if they can’t rely on the censorship argument to make it look like these companies are doing something evil.

And, look, I get it. I love fan service and I think my record on that subject stands for itself. But I also understand that society is on the precipice of a deep slide into what history will remember as a puritanical new Dark Ages (assuming humanity survives for this era to become history, which is very much debatable at this point). If we’re going to stand firm and hold against the tide there, we’re going to need to get our arguments right. Understanding the difference between when censorship is afoot and digging its insidious claws into the arts, and when it’s simply an example of a company doing a crappy thing (and, thirdly, when we’re just personally disappointed that we don’t get to see as much anime boob), is essential, because it means that we can then have the debate on a common sense of reality and meaning. It’s only then, when we agree on the premise and subject being debated, that we can start to address the substance of the problem.