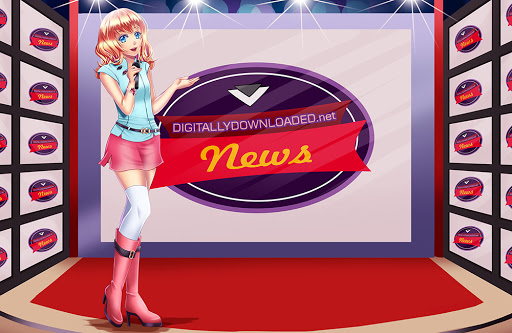 
FFXIV’s next expansion, PS5 version on the way

Set to release in (Northern) fall 2021, Endwalker (Patch 6.0) is the climax of the Hydaelyn and Zodiark storyline. The Warriors of Light will encounter a bigger calamity than they’ve ever seen before while traveling to Hydaelyn and the moon. This story began in A Realm Reborn. There are expansive new areas to explore, such as Garlemald, Thavnair, and the Radz-at-Han. That means new dungeons and threats, too.

The update will include new jobs such as Sage. The level cap will be raised to 90 (from 80). The Arkasodara is a new tribe. A high-difficulty raid will be added, as well as a small-scale PvP mode. Estinien Wyrmblood will become a Trust System ally. As always, expect a good amount of new gear and crafting recipes.

PUSS! is coming to consoles

I’m sorry, but that really is the title: PUSS! Caps and exclamation point and all. At least it makes this bit of new seem super duper exciting! Great, it’s contagious. Developer teamcoil and publisher Samustai describe the game as insane, absurd, and intense avoid ’em up game about a cat, which is pretty darned enticing for this cat-lover. Play as a cat trapped in another dimension, and try to find a way out or the kitty will be there forever. Here’s the console trailer:

The game falls firmly into the bullet hell (or manic shooter) genre of video games. That means it will be relatively difficult and involve dodging an awful lot of bullets before getting to each boss. The levels aren’t as easy as it seems, and to make it worse (better?) they occur in a random order. As you free your future partners, they will be happy to help you fight evil. There is a bit of customisation available with various skins for the lead kitty.

PUSS! was originally launched for PC/Mac/Linux via Steam in mid-2018. It was launched for mobile devices two years later, in August 2020. Its console launch will be on February 19, 2021, and include versions for PlayStation 4, Nintendo Switch, and Xbox One.

Each title will include most (note, not all) of the downloadable content from the game’s original release, new content (for example, new episodes and costumes), Photo Mode, digital art book, and double-speed battle mode. More specifically, when it comes to Atelier Sophie: The Alchemist of the Mysterious Book DX, she has a more mature costume, a bit of new story, and three alchemy pots. Atelier Firis: The Alchemist and the Mysterious Journey DX has four new vehicles (including a submarine), seven new subjugation quests, and a new enhanced boss (Palmyra). Atelier Lydie & Suelle: The Alchemists and the Mysterious Paintings DX will include an additional painting that features a scenario with Nelke.

Yes, this is about another cat title. What can I say? Last week was pretty good in cat-related gaming news! Kitaria Fables is developed by Twin Hearts and published by PQube, and mashes together all those fun genres listed above. It will launch for PC via Steam and Nintendo Switch sometime this year. It will also launch for PlayStation and Xbox, although which specific generation(s) of consoles is currently unknown. Here’s the announcement trailer:

As I said, Kitaria Fables brings together action adventure RPGs and framing sims; the developer describes it as a mix of Cat Quest and Rune Factory. Darned if that doesn’t make the game beyond intriguing to me! It is set in a peaceful, harmonious land called Canoidera, but it won’t be that way for long. Wildlife around the village is getting more and more aggressive, and the Empire needs someone (you) to investigate the situation and defend the townspeople. You’ll make friends quickly, fulfilling requests and bonding to receive new awards.

Unlike traditional RPGs, there are no classes to be seen here. The combat tools include melee weapons, spells, and armour; mix them to find your perfect battle combination based on play style. There are loads of resources scattered around the world, although some require killing monsters. These can be used for tasks such as crafting weapons. In the garden, plants seeds and tend to crops.

The next Neo Geo Pocket Color fighting game has been announced