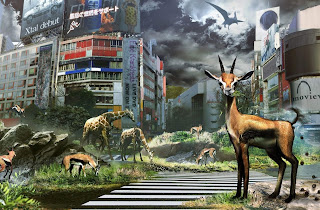 Japan is still the second biggest market for video games in the world. The interests of that market have shifted over time (the Japanese being much more interested in portable gaming are much more invested in mobile and the Switch than home consoles), and yet nonetheless the market remains huge, passionate, and, from a game development perspective, vibrant. The gaming platforms that do well in Japan also tend to have the greatest range of gaming experiences, as niche JRPGs and visual novel developers flock to the platform.

Sony, however, put Americans in charge of the PlayStation brand, and that was a mistake. Here’s the thing about America: it is a market that dwarfs every other, without a doubt. For all America’s social and economic problems, it has a large middle and upper class, and video games are a big-time hobby over there. Wanting a piece of the American pie, and making some changes to your business model to appeal to that market, is no more surprising than the companies that look at the 1.4 billion people of China and dream of reaching a fraction of a per cent of it… even if that means they need to pull back on the Winnie the Pooh imagery.

However, it is also true that America is also the world’s most militaristic and imperialistic nation, and with that comes certain intolerances. Sony shifted its business model to focus on that market above any other, and has certainly suffered as a consequence of this. America is happy to export its ideas and culture. It has a very limited tolerance for the importation of new, different, or challenging ideas. When Sony decided to move its PlayStation headquarters to California in 2016, it came with some cultural shifts. Anime fan service, which Sony had previously tolerated (if not embraced), was out of the question, and noticeably so. Many fans started to throw around terms like “censorship”, and while that is not what censorship actually is (and represents a misunderstanding of why censorship is a problem), what the fans were right in noting is that there were far fewer fanservicey games being released on the console. Behind closed doors, the Japanese development industry was absolutely talking about that.

That relocation to America also came with a shift in priorities for what Sony itself would develop and publish. Remember, way back on the PlayStation 3, when Sony was desperate for a variety of experiences and published everything from quirky little titles like Tokyo Jungle, Rain and Puppeteer, through to grand-scale art games from Japan like The Last Guardian, and even had a role in launching the Souls phenomenon, because Sony Japan helped with the development of Demon’s Souls? Remember how the PlayStation Vita was supported by Sony with an eclectic range that stretched from Tearaway to Gravity Rush, and on to Oreshika?

Fast forward to today, and Sony is exclusively interested in the big blockbusters. From The Last of Us to Days Gone, Ghost of Tsushima to Spider-Man and even Dreams, aside from a bit of experimentation to launch the PlayStation VR unit, Sony has been exclusively interested in the really big marquee titles. This, too, is a consequence of the American relocation and the pivot to American business style. As we know from Disney/Lucas Arts/Marvel in cinema, the American market has shifted to rewarding really big-ticket items; blockbusters that are too big to fail, and because the resources and payoff are there, they are financed until they can’t fail. The old model of producing ten films to find one mega-hit is so inefficient when it means that there will also be failures. Companies are no longer interested in bankrolling unknown quantities in American entertainment culture. They simply want the proven content.

Sony has shifted towards that same blockbuster model (Sony games even have a title sequence clip that is a near copy of the Marvel one) and this has undoubtedly resulted in critical and commercial darlings. Whatever you might think about those games, their success is undeniable. But this has also ostracised the Japanese arm of the business. One of the most respected development houses in Japan is being gutted. In just the last two months, that developer has lost the leads on Puppeteer and Gravity Rush and the producer of Bloodborne and Soul Sacrifice. All of this is further substantiated by a Bloomberg report from November last year that highlighted that Sony was pulling back on the Japanese market – and its developers there – hard.

And all of this explains why the PlayStation 5 had the poorest launch in Japan since the PSP (at just 240,000 units), and that the analysts in Japan are saying “quantitative analysis shows that Sony is not taking Japan seriously.” As the analyst outlined:

1) The PS4 launched in 2013, but Japan’s release came afterwards.
2) After fall 2018, Sony implemented its own regulations on depictions in games, which has “censored” content aimed at Japanese users.
3) The PS5 reveal video had no Japanese narration, while there were issues with the font used for the subtitles as well as their Japanese translations.
4) The confirm button was changed from O to X in order to set a global standard.
5) Due to manufacturing issues, the initial launch allocation for PS5 in Japan was barely above that of the PS3, preventing the system from reaching early adopters.

Sony PlayStation is an American brand, now. Every one of those changes reflects a company that, for the sake of efficiency, is no longer interested in having a global business so much as forcing the rest of the world to play games the American way. That doesn’t always go down well in the rest of the world, believe it or not. You only need to look at the performance of the Xbox brand to figure out how receptive the Japanese really are to “America first” in their game consoles, and while Sony comes off a much (much) higher base, a userbase erosion can happen very fast if the audience feels like they’re being insulted or treated condescendingly. Having spent a lot of time in the Japanese market, and seen just how hostile it can be to companies that don’t make an effort to adjust their business to the local market, I can assure you that the Japanese market is going to push back, and hard, on what Sony is doing here.

We are talking about a country in which a movie from a beloved anime property beat THE AVENGERS at the box office. Hell, even Dominos, the gold standard of foisting American trash on the rest of the world (that crap is not considered pizza anywhere else in the world) had the good sense to have Hatsune Miku standing next to their very white American CEO in a series of promotions a few years ago. It wasn’t because that CEO had some kind of crush on Miku, I would bet my life earnings on it. It’s because Dominos understood that if you’re going to sell to the Japanese, and all the actually Japanese companies out there making pizzas, you should care about what the Japanese want to see. And, you know what? Good on Dominos for doing that.

Digression aside, I really think that the arrogance towards and dismissal of the Japanese community and games industry has been a strategic mistake by Sony. For one thing, Japan was a market where it dominated over Microsoft, and by losing interest in that market, it’s one less strategic option for Sony to differentiate in terms of the games it creates and the demographics it chases. More importantly, though, it represents Sony ceding a reputation that it had for offering a creative platform and, itself, being supportive of broad art and artistry.

Now, unfortunately, it’s just another American entertainment company peddling content. At some point, the rest of the world is going to tire of that.