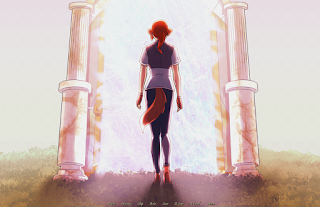 I think people are aware of just how much I love Danganronpa at this point, and it does my heart good to know that there are indie developers that have been inspired by it and are now doing their own takes on the kind of thriller/mystery VN that Danganronpa offered. The Zodiac Trial is a new one, in which 12 jurors need to solve mysteries and co-operate to survive… or they can restore to betrayal and deception to try and get themselves ahead.
With The Zodiac Trial, we’re promised a non-linear approach to narrative, where each and every character can become a trusted ally or vicious enemy. All the characters are named after zodiac animals (i.e. Ox, Snake, Rooster), and it could be really interesting to see if they’re also personifications of the qualities that those zodiac animals represent. The art isn’t spectacular, but the concept is amazing, and really that’s the bit that matters.
Sierra Nevada

I’m not sure how complete Sierra Nevada is, but it’s looking like it’s in good shape already, and it has a lot of potential. It is an indie strategy/town builder game, where you do all the usual things you’d expect fr the genre – you collect resources and money and use those to build up the town. Rather than that being the end of it, though, there are also bandits and wolves to defend against as you look to carve out a little utopia in the heartland of America. 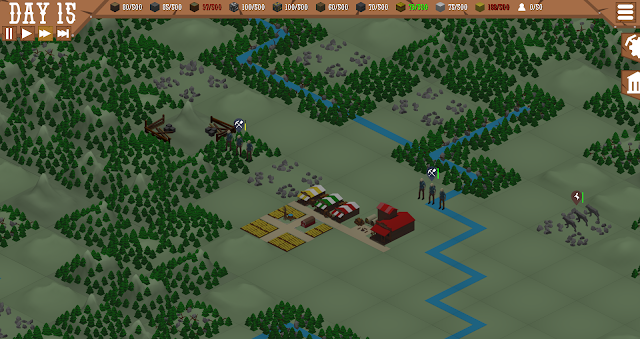 It’s got a really pleasing lo-fi art aesthetic, and evokes the early eras of Sim City and their ilk. The little health bars that you see in some of the screenshots would seem to indicate units on the map, so hopefully, that strategy component of the game is engaging too. This is one of those games that you’ll be supporting right at the start on itch… and equally hopefully it can find the momentum to continue to grow from here.
Ancient Enemy
The video game industry can’t get enough of digital card games, and it’s easy to understand why. They represent a relatively easy combination of randomisation, complexity and strategic decision making, while also allowing for turn-based action and just generally saving the developers the need to come up with some action-based system, with all the AI and coding challenges that is involved.
Ancient Enemy is a good looking one, with a simple, but professional aesthetic for the cards, and we’re promised a “folkloring narrative” in the vein of Darkest Dungeon and Slay The Spire. Ancient Enemy has been on Steam for around six months, so we’re cheating a little including it on our itch new releases list, but it is new to itch, and it doesn’t seem to be getting the attention that it seems to deserve, based on the reviews. Hopefully, the itch release can be the start of an Among Us-like explosion in popularity for the game.
Dreamcatcher Reflections
Last for this week is a visual novel series, in Dreamcatcher Reflections. This new release is a compilation of the first “volume” in what is planned to be a long-running series, and that means chapters 1-5, as well as a bonus story. The developer has also gone to the effort to come up with a new GUI design, improved character sprites, and so on – so those who played the original versions of the game may wall want to double-dip.
Inspired by JRPGs and isekai anime, Dreamcatcher Reflections really is a significant work – there are 250 CGs within the game, and while there are no decisions or alternative endings, the art and storytelling seem like they’re of an exceedingly high standard. Itch truly is the home for games like this one.