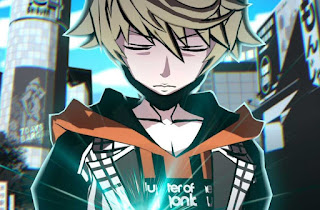 It is one of Square Enix’s most enduring properties, and yet, for the longest time the company has resisted doing more than a single game in it. That’s all about to change, however, with the company announcing NEO: The World Ends With You.

Related reading: Our review of The World Ends With You Remix on Nintendo Switch
NEO will release on PlayStation 4 and Nintendo Switch in 2021 (summer for the northern hemisphere, winter for the south). It follows the same basic concept of its predecessor, and is based in the bustling commercial centre of Shibuya just like that game. You play as a group of characters caught up in a “Reapers’ Game” – a death game meaning you and your team have got to work fast if they want to survive.

While the original The World Ends With You took place in a 2D world, this new one is 3D, and the aesthetic (and recreation of Shibuya) is absolutely gorgeous. The cut scenes retain the same distinctive art and character designs of the original though.

The announcement trailer actually does a really good job of showing off the game, so check it out, and get excited.