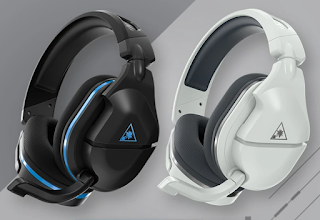 A new console means a new opportunity for third parties to release stuff that works with those new consoles. The PlayStation 5 has a genuinely impressive array of features, from the speed of SSD storage under the hood through to a controller that brings some interesting new haptics tricks to the party. The question is, what can headset manufacturers do to play in the same field?

Turtle Beach’s answer is the Turtle Beach Stealth 600 Gen 2, a wireless gaming headset that will work for PlayStation 5, as well as PS4 and Nintendo Switch when in docked mode. It is mostly a PlayStation 5 play, however, with a feature called “3D Audio” that aims to provide an “enhanced spatial surround sound from hundreds of precisely unique directions.”

Amazingly enough – and I am a person that is thoroughly exhausted with the way that peripherals manufactures try to make a big deal from pointless features – this does actually matter for the PlayStation 5. For me, it was with regards to how it co-ordinates with the haptics feedback of the controller. Now that developers can isolate parts of the controller with “rumble,” and now that Ray Tracing allows for better positioning of physical objects in the world, the direction that the sound comes in needs to match up. The impact that wearing the Beach Stealth 600 has on gameplay is subtle, but it’s something more than standard immersion, and while I generally play games with headsets on to drown out the world around me, with this particular headset, I wore it for what it brought to the games I was playing. 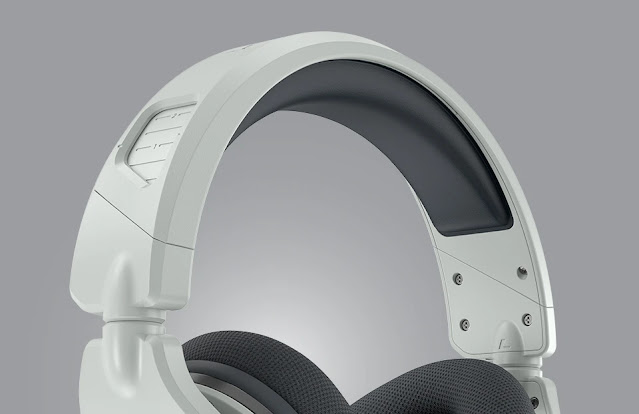 Otherwise, this headset sits in the higher end of mid-range in terms of quality. It’s not perfect – for example, the wireless range is actually quite weak and I would experience regular brief moments of distortion or momentary drop-outs when I played from my lounge. I had a better experience when I sat closer to the television. The dongle itself is a little small and easy to lose – not a big issue if you’re going to leave it plugged into one device, but a bigger problem if you’re looking to have the headset for a couple of different devices. With no wired option, the headset can’t be used in more general ways, and that’s always a sore point for me. If you’re not going to do Bluetooth or have a wired option, then you’re limiting the value of a headset well beyond what should be the case.

The build quality is only reasonable, too, with the frame comprised of lightweight plastic, and the curvature of it meant that pushed against my ears a little for long-term play. The foam over the headphones is nice and comfortable enough, and large enough to cover the ears, but the various volume dials for the sound and mic are located in a slightly awkward position to find on the fly while playing, and feel a bit rough to dial around. Speaking of the mic, while I haven’t had a multiplayer game on my PS5 to test the sound quality on just yet, it’s nice and discreet in the way it folds into the headset, but feels a bit flimsy to slide up and down.

Above and beyond the aforementioned “3D” sound, if you were to plug this headset into your PS4 or Nintendo Switch, you’re still in for a good time with it. The focus is more on the clarity of the audio than turning everything into an action blockbuster film, and that makes the Stealth 600 just lovely for rhythm games and the like. It does justice to Hatsune Miku’s voice, for example, and that’s obviously pretty important to me. 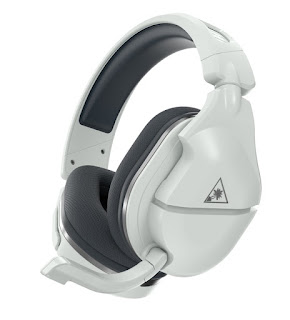 To the headset’s great credit, you do get 15 hours of continuous use between charges, and I think that’s slightly underselling it, if anything. It would seem that overall what Turtle Beach has aimed for here is to sink the bulk of the costs of the device into the most critical elements, such as the sound quality, taking advantage of the PlayStation 5’s technical elements, while keeping the cost of the unit down by making some minor concessions to build quality. The issue with the wireless strength that the Stealth 600 relies on is its biggest issue. It’s not insurmountable, and the sound quality may more than makeup for it, especially if you’re not interested in going to the high end for the really premium headsets. If you’ve got a shiny new PlayStation 5, and want to take advantage of its impressive audio architecture, you’ll be more than happy with what you get from this headset.

The critic was provided with a headset unit for this review.
Share this

So, Square Enix is finally making a sequel to The World Ends With You

The Game Awards: Why we need better