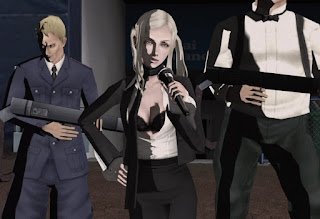 No More Heroes 1 & 2 was a surprise drop on the Nintendo Switch last week. It makes sense that they would make their way to the console, given that Goichi Suda is gearing up to the big release of No More Heroes 3 soon enough. Both these games are older now (being originally released on Nintendo Wii), so it’s entirely possible that newer players have missed them, and what better way to highlight what to expect for something that will be as oddball and creative as No More Heroes 3 is sure to be than giving those players the previous two?

Related reading: For more No More Heroes action, check out Travis Strikes Again. My review.
They hold up pretty well, too. No More Heroes and its sequel are best characterised as offering a crass kind of humour, a punk-like attitude and slick brawler gameplay with hugely memorable boss battles. All three of these qualities are proving to be timeless, given that these games are every bit as entertaining and enjoyable now as they were on their original release, and while you might argue that action gameplay has improved across the broad genre in the years since, both games remain the most wildly entertaining experiences.

Starting with the most superficial elements first – No More Heroes and its sequel use a cel-shaded art style, and while those games from the Wii era that aimed for a more realistic aesthetic have tended to have become very unpleasant on the eyes now that we’ve moved into 4K resolution that is so detailed you can see the pores on the skin, both of these cel-shaded games still look very good. Environments are a little plain, but the smooth animation of the characters (Travis and the bosses in particular), and the simple, bold lines give the games a brightness that remains very aesthetically pleasing and modern on the eyes. In fact, these two games are some of the best examples of why strong and distinct abstracted aesthetics should be seen as preferable to a more realistic palette – a couple of generations down the track No More Heroes is still going to look like a creative and artistic vision, and the HD open world blockbusters that all the “AAA” studios are pushing out will look… superceded.

Looking past the aesthetics, the best way to describe what No More Heroes and its sequel are is Quintin Tarantino but interactive. Playing as Travis Touchdown, you mash your way through hordes of enemies (lots of blood and all) on your way to a boss battle. Then you kill that boss, bloodily, and move on to the next job. Suda has always enjoyed the aesthetics of excess, and in addition to the blood, Travis can pull off ridiculous wrestling moves, and the action is often hard to keep up with because it’s filled with all kinds of little quick-time events, slot machine reels that launch players into specials, and strange little mini-games that seem to be there just to throw the action rhythm into a loop and unbalance players. There are differences between the two. For example, the original No More Heroes has an arbitrary, and incredibly boring open world that is almost certainly there as a joke on open worlds, but Suda seemed to realise that boring people as a joke is still boring them, so removed that for the sequel. However, despite those differences, the quality of the action across both is equivalent, and when No More Heroes gets going, it pulls you through its gauntlets as though they are one wild ride.
Related reading: Now… what do we need to do to get Lollipop Chainsaw on to our Nintendo Switches?
The bosses are the best part of these games though, by far. Goichi Suda has always been a fan of vivid, multi-stage boss battles, and No More Heroes and its sequel really established the standard for this. Each boss will test everything you know about the game, from specific combinations to timing, to your ability to adapt on the fly and learning enemy patterns. They can be unforgiving, and Goichi Suda has always enjoyed handing players a Game Over if they can’t figure the “trick” to a boss out, but the variations and rhythms of these battles are stand out, even today. No More Heroes first landed in 2007 – three years before FromSoftware launched its first Souls game (Demon’s Souls), and while the Soulslikes have since set the standard for boss battles in video games, the higher energy and twitch-testing challenge of No More Heroes is still very welcome here.
The game’s attitude goes with its gameplay energy perfectly. No More Heroes loves crass humour – toilets are save points and the games have a grindhouse attitude towards sex and character motivations (i.e. it’s pretty exploitatative). Travis wields a battery-powered lightsaber-like weapon, and if you play with motion controls you recharges the battery by shaking in in a manner that Travis makes pretty clear on-screen (i.e. up and down like men do with a certain other stick). Suda also loves to pepper his games with popular culture references and homages to his two great loves – retro games and wrestling – and it’s all so manic it ends up working despite being a mess of juxtapositions at times. It should say a lot that Suda’s later work – Lollipop Chainsaw and Killer is Dead – comes across as relatively refined and “stable” in comparison to No More Heroes and its sequel. 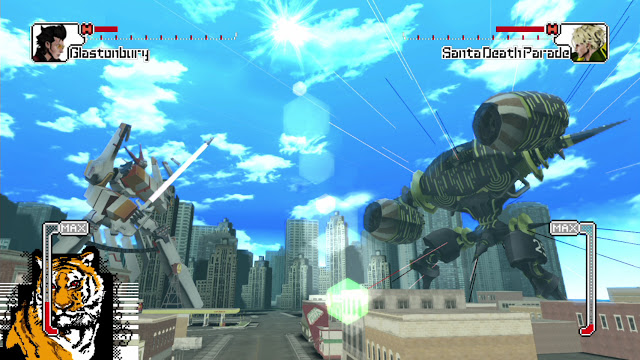 These two games are straight ports that have been thrown on the Switch to introduce newer players to the No More Heroes series, but they are worth revisiting because it’s truly impressive how little they seem to age. Do we have faster-paced and more complex brawlers now thanks to the likes of Devil May Cry V? Sure. However No More Heroes is its own beast because it blends its punkish attitude and humour in with a surrealistic bent and some of the most memorable boss battles you’ll ever play in video games. For these reasons, Suda’s classics are every bit as entertaining and brash as ever, and it’s great that they continue to be available to players on current consoles. 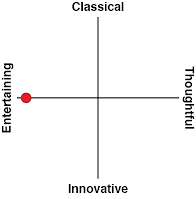 Yakuza: Like A Dragon – On the influence of cinema in SEGA’s masterpieces