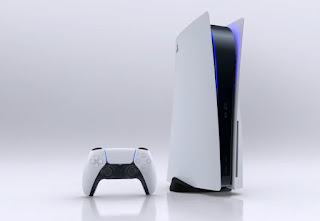 I feel a little strange in writing this, but I’m not sure there’s all that much to say about the PlayStation 5, because this console is less about being a big hardware leap forward than it is a console that will be about the games we play on it. With every previous generation of hardware there has been some meaningful leap in what the console can do, and everything, from its presentation and interface through to the quality of games available at launch have been something worth talking about. The PlayStation 5, meanwhile, feels more like a PlayStation 4 Pro+ (or would that be PS4 Pro Pro?). That’s not an inherently bad thing, since the PlayStation 4 is an excellent console, but out of the gates this generation transition just doesn’t have that same impact that we’ve seen previously.

But I do need to review this thing, so let’s go superficial first up: this console is a monster. It is so big that I don’t actually have anywhere to place it in my existing home entertainment setup, even if I were to remove my previous generation consoles. I’m not sure if it’s that size by design, with the all-American “bigger is better” mindset that Sony has these days translating to it making a statement by making sure that anyone who enters the room will notice the beast, or it really did need to be that big because of the technology that it’s got within it, but either way this machine certainly leaves an impression.

On booting things up, the menu system and interface will be immediately familiar to anyone who has played with a PlayStation 4. Icons representing games, apps, and media are arrayed across the screen, with the all-important PlayStation Store icon being permanently kept to the far left of the row of icons, delivering an ever-present temptation to spend money every time you switch the console on. To talk about the PlayStation Store in particular, it is now natively built into the interface. Previously, when you accessed the PlayStation Store on the PS4, it would open up as though it were a seperate application (because it was). Here, though, the store behaves much like a menu item from within the PS5 itself, making for a far more seamless browsing experience. At the moment, this approach is actually really good, as checking out which games are new and hot is genuinely seamless. I can, however, see a big problem down the track with searching and discoverabilty. As the catalogue starts to fill out, if you’re fortunate to be selling a big-ticket item this PlayStation Store design and the prominence it places a few select games is going to benefit you a great deal, but everyone else might have a tough time of it. 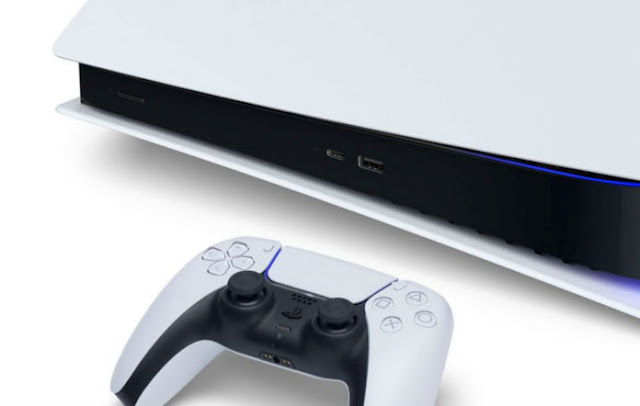 One other item I’d like to note as far as the interface goes is that Sony is very much assuming that players have larger and higher resolution televisions now. The icons are much smaller than they were on the PlayStation 4, and that empty space is now filled with promo art for whatever game you’ve got highlighted on the menu bar. Aesthetically it is pleasant, though it comes at the expense of usability if you’ve not yet embraced the 4K television. Thankfully, wherever there is text Sony has ensured that it’s big and prominent on screen, as it would have been very easy for them to veer the other way, as many games do these days, to become unreadable unless you’re sitting right in front of any television that isn’t actively contributing to climate change in its power draw.

For many, the most noticable hardware difference will be with regards to the controller, and the PlayStation 5’s controller is a real mixed bag in terms of decisions that may well enhance the gameplay experience when tackled by the right developer, and some ideas that come across as something that an engineer with more STEM skills than creative good sense might think is “cool”. But first, the good, because this controller is admirable in a number of ways. The touchpad in the centre does feel more responsive and better designed than it was on the PlayStation 4 controller, and that will hopefully result in it being used in (much) more interesting ways. Rather than a standard rumble, Sony has implemented “haptic” feedback into the controller, which is fun and well implemented. Astro’s Playroom, a game that’s built around showing off this new controller, highlights just how precise the vibration isolation can be. However, as much of a fun novelty as it is, it isn’t the exciting game changer that some might try to claim. The ability to isolate vibration to specific parts of the device does allow for a kind of “surround rumble” experience, with the location of the impact on screen being reflected in the feedback felt. However, if we’re going to get specific here, haptics is “the science and technology of transmitting and understanding information through touch”, and the actual information being conveyed through the PlayStation 5 controller is limited to degrees of vibration. I can’t imagine game developers being able to convey any more information through this than standard vibration.

The controller feels excellent in the hands, and the buttons on the controller’s face are at a much lower profile than in previous controllers. I like this, as it minimises the amount of force required to register a button press. I did have initial concerns about the buttons being so low profile that the really fast action games like Dynasty Warriors or most fighting games would suffer from not having enough vertical movement between button presses to make them distinct to one another, but thankfully that hasn’t proven to play out after downloading some of my PS4 library to test a wide range of different genres on the new console. The PS5 controller is noticably heavier than the previous generation, and I suspect that will give a small number of players issues, but I personally appreciated the sturdy robust feel I got from that weight. 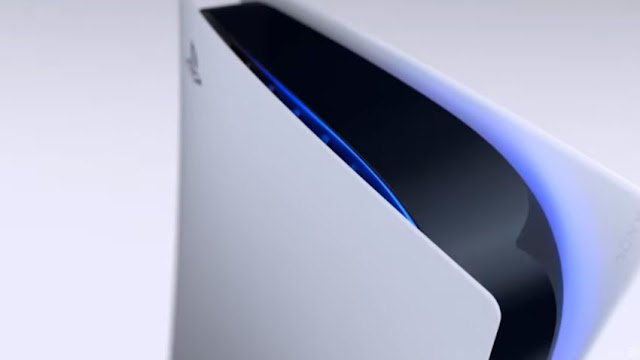 With all of that being said, the controller also features adaptive triggers, and I very much hope those things get ignored as a gimmick after the launch wave because I absolutely hate them. Developers can now add resistance to the shoulder buttons (or even lock them completely), making button presses harder on the hands. In theory this is meant to add to the immersion by making actions on-screen have a tactile pairing off screen. If I am to shoot a bow, for example, then the tension in the string can be reflected in the button press. If I’m racing a car then the pressure placed on the pedals can be adjusted to approximate real life conditions. In execution, though, it’s physically straining to use for long periods of time, and it actually feels more like the triggers have been damaged and are not pressing properly than a deliberate application of technology. They also feel very, very breakable, so don’t be surprised if the Nintendo Switch’s “Joy-Con drift” is superceded as the most annoying controller tech issue with shoulder buttons that no longer providing the right tension to play any game that requires them.

Under the hood the PlayStation 5 is a lot more powerful, because of course it is. That is literally the point of a new console generation. There are far better technical hardware journalists that will break the specs down better than I ever could, so I’ll just focus on the experiencial side of things. What the PS5’s hardware allows is for a much more seamless, smooth experience. Games load quickly, and it’s noticable. The “Share” button (now the “Create” button) is also a joy to play around with. With the PlayStation 4, there were games where you’d press the Share button to save some footage, and in the seconds that it took for the menu to pop up to save, you’d lose half of the next cut scene. That’s been done away with (at least, from the games that I’ve tested), and you can actually now do more with it, too, in terms of what you save, how you save it, and being able to broadcast from within the console. Anyone who enjoys taking screenshots, making videos, and streaming, will enjoy the capture features here (though unfortunately at time of writing I haven’t been able to download the PlayStation 5 ShareFactory to see what that’s like for editing and publishing).

But to bring this all back to my original point: The PlayStation 5 doesn’t really “feel” like a new generation console. The PlayStation 5 and PlayStation 4 games (with many, many PS4 titles being compatible with PS5) sit together on the same menu bar, and it can be difficult to tell which is which if you’re not paying attention. The PlayStation Store also blends the “generations” together, and on the one hand this is a good thing, as it allows for a mostly seamless transition and upgrade for people that don’t want to give up their existing libraries. By the same token that “wow” factor of playing around with a new console is just not there. Not yet, anyway. Not with the launch lineup that we currently have. Perhaps I’ll feel differently once I get my hands on Demon’s Souls. That’s the one I’m pinning my hopes on for introducing me to the new generation. 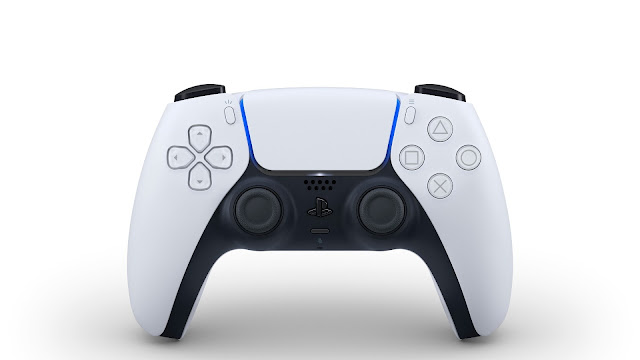 Despite my criticisms above, we can assume some very positive things about the PlayStation 5. Firstly, it is going to offer a greatly enhanced experience, particularly for those big blockbuster games that everyone defaults to, and particularly for those running higher end televisions. Better frame rates, better texturing, faster loading times; as a gaming experence I would characterise the PlayStation 5 as move convenient on every level. With that being said I’m not yet sure what the PlayStation 5 will do for indies and small developers (because they’re not really working with the console), and that’s going to be important to me for the games I like to play. Furthermore, at this stage this console feels itierative; I don’t see it creating new experiences, as such, but rather improving on exiting ones. While I’m certain the PS5 will more than prove its value over this generation, because it will surely build a mountainous library of games to play, as a piece of hardware it is, dare I say, modest in intent and scope. But then, as someone that would rather people focus on the actual art rather than the devices that are used to facilitate it, I don’t see that as an inherently bad thing at all.