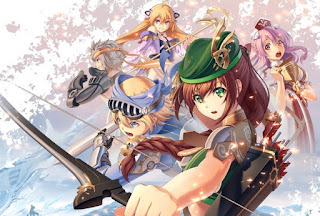 I wanted to like this game so much. And not just because one of the characters has a bare midriff, underboob AND dangerously low-rise underwear (the holy trifecta of good art design, if you ask me). No. Tears of Avia clearly does try, and it doesn’t die wondering. It’s the kind of thing you want to support on principle alone. It is wildly ambitious given the budget it was clearly made on, and it has a lot of good-natured ideas within the context of that ambition. However, there is a downside to taking risks and running with ambition, and that is that sometimes it just doesn’t work. So let’s put by broad thoughts on Tears of Avia this way: I think we should probably look forward to a Tears of Avia 2, because I imagine that’s where the developer will start to bring its many great ideas to fruition.

Tears of Avia is a tactics JRPG that wants you to focus on character customisation. Now, to the developer’s great credit, there is an obscene level of customisation available here that most blockbuster developers would struggle to bring together. There are dozens of possible combinations between the various characters, the five character classes, and each character and class has a complex skill tree that allows you to tinker to your heart’s content. There are all kinds of combinations of skills and equipment that mean that teamwork’s a big deal too, and a character that might seem relatively pedestrian by themselves enjoys great utility in combination with other characters and their skills. And then, outside of the combat, the narrative will branch based on the decisions that you make, with some pretty far-reaching consequences, so there’s plenty of “customisation” there too.

What lets all that good work down is the balancing, with levels and objectives completely failing to provide a compelling challenge, and with almost no “sweet spot” within the range. Either you’re going to get slaughtered, no matter how well you’ve tailored the party skillsets, or you’ll roll over the opponents without breaking a sweat. Therein likes the great problem with customisation; if you’re going to make that the central feature of the game, you do need to make sure that players are rewarded for engaging with the systems. They need to feel clever when they overcome seemingly impossible odds, because they have given their characters the right skills, or alternatively they need to be wary that even they seem like they’re holding all the cards, they’ll still lose if they don’t play well. As many issues as I have with Baldur’s Gate 3, it is nonetheless an excellent example of customisation done right. That game gives you an obscene level of control, and whether you get trounced or an easy pass through each encounter depends entirely on how well you play. Tears of Avia’s difficulty is, meanwhile, arbitrarily wrapped up in escalating enemy numbers, boosting raw enemy stats, and setting challenges that range from the effortless to the impossible (until you’ve done a lot of grinding). 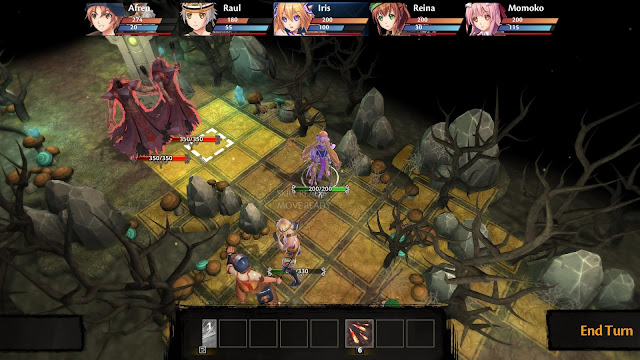 Of course, Tears of Avia was produced on a fraction of the budget of Baldur’s Gate 3, and I don’t make this comparison to suggest that they should have ever been a comparable experience. The point I am making here is that Tears of Avia’s entire value as a tactics JRPG is wrapped up in something – character customisation – that it makes a very imperfect application of. The moment-to-moment tactical action feels great. It’s just not supported by its core systems. It ends up coming off as something that needing a lot more playtesting to make that customisation feel meaningful in the context of the adventure.

Equally unfortunate is the way Tears of Avia handles its world-building. Things start off nicely, with your newly-minted character being dropped into the heart of a zombie horde attack on a little village. They don’t know why this is happening, nor does the one other hero that joins you in fighting them off. There will be a time to solve that mystery once the dead aren’t wandering around any more. This set-up is a well-worn narrative trope, but as someone that has fond memories of this exact scenario in the old Dungeons & Dragons Ravenloft adventure, it’s exactly the right start to get my buy-in. Unfortunately, from there, most of the movement around the world happens via a menu screen. There are some little hub areas to explore between battles, but when it’s time to set out and adventure, you get taken to a map and select the level you want to take on.

Mechanically this works, but it does put a distance between the player and the adventure since there’s no sense of journey. What’s more, the narrative establishes early on that it has a Lord of the Rings-like situation going on (your first quest is to take a big jewel that you found to a hermit to get their advice on what to do next, and there are some sinister ringwraith-types hot on your heels), it really needed that sense of epic scale and adventure to carry the grand quest it wants to pull players along. Compounding the issue, even after you’ve selected a level to play and are dropped onto the map, most of the combat levels are quite small and unconnected to the way the world at large is presented. Altogether, the developers really struggle to convey a sense of time and place beyond the borders of a series of tiny, isolated battle maps. Again, I’m not for a second suggesting that epic scope with fantasy JRPGs is something that a small developer can easily achieve, but this is another example of the execution not meeting the ambition. 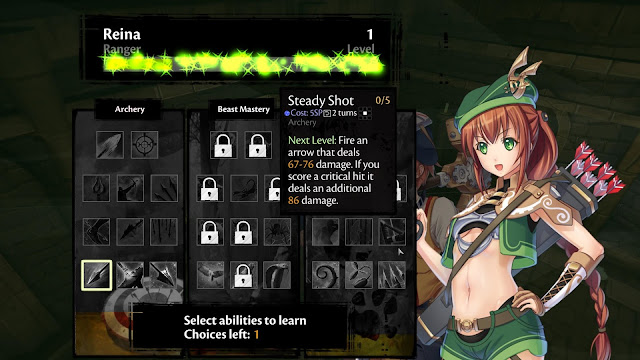 What Tears of Avia does do particularly well is the aesthetics. Enemies are perhaps a little generic and repeated too often, but the stars of the show are the characters, and they’re all drawn beautifully (not just the triple-fanservice special I mentioned earlier). The characterisation is a little rote, but the developer has stuck to well-loved tradition with the characterisation, and the group of heroes bounces off each other nicely. The writing, in general, is the good-natured highlight of the piece and there is a clear love and respect that went into the crafting of the game. It comes across a little like genre fanfiction, but a kind of fanfiction from a talented student that wants to observe and learn from the form, and has decided that the best first step was to write something in homage to their classics. That’s the rare foil to what we usually get in obsessed fans that just want to have their favourite characters get into bed with one another (i.e. 99 per cent of the fanfiction out there). I’m not judging, I’m just saying that it’s terrible writing, which Tears of Avia neatly sidesteps while being charmingly written in that style.

One final note, and this is very much to the game’s detriment so the developers will need to look at this in the future: the opening chapter of the game is just not representative of the rest. When Tears of Avia gets into a groove and the combination of character customisation, narrative, and level variety kicks in, it’s so much more interesting than those pedestrian first few hours. Unfortunately for the modern arts, the concept of a “slow burn” is simply unacceptable to many, and people tend to dig their heels in once they’ve decided whether they like a game (or film/book/whatever) or not. Every developer needs to do assume that players have no attention spans whatsoever, and throw them something that immediately catches their attention. Unfortunately for Tears of Avia there will be a substantial number of players that never get to the point that the game shows its best side.

There’s such a lack of polish and precision to Tears of Avia that it’s difficult to blindly recommend. As a fan of the tactics JRPG genre, I did enjoy this, but it would be disingenuous of me to suggest that there weren’t many other games out there with a similar ambition that are executed far better. I do think the team has a strong vision and I would very much anticipate a Tears of Avia 2 on the promise that they would have built on what the learned from the first game. With that being said, I do think this first outing is beyond a turnaround from patches – its thematic issues are too extended and in some areas the team need to return all the way back to the drawing board.

Preview: Sakuna: Of Rice and Ruin