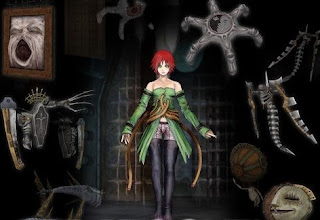 One of the darkest, most intense roguelikes ever created is Sting’s Baroque. Originally released on the Sega Saturn, but then remade for the PlayStation 2 and Nintendo Wii, Baroque has never been a mainstream hit, but its raw intensity and creative vision has always earned it a place of respect. Now that original PlayStation Baroque is just around the corner; it lands on November 12 on Nintendo Switch.

At the moment the game is only confirmed for a release in Japan, and who knows if this will be able to find a publisher for a global release. By all reports the original is the superior version. I’ve only ever played the game on Wii, so I’m interested to find out. Fingers crossed a publisher does take it on.

Sting has released a new trailer that gives you a tantalising look at the game in action.

Gorgeous Lovecraftian board game primed for a console release