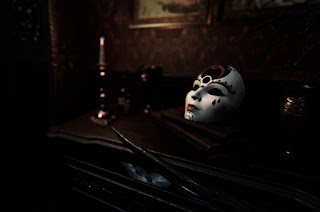 One of my favourite games in recent years has been Lust for Darkness. It’s a plucky indie game that was rough around the edges, but in blending Lovecraftian nightmares with Eyes Wide Shut-themed decadence and eroticism. Games are one of the rare forms of art that don’t regularly draw the link between sex and horror – usually in games “horror” means “really ugly monsters”. For that reason alone Lust For Darkness is a thematic gem that deserved to turn heads.

Related reading: Our review of Lust for Darkness on original release.
Polish developer, Lunarium, is hard at work at a sequel, Lust from Beyond. I took the opportunity to have a chat with Head of Studio/Producer/Designer (indie developers wear so many hats), Michał Ciastoń, about his goals for this series, where its ideas came from, and why Poland is increasingly a centre of highly subversive, even transgressive game development.

Matt S: Lust For Darkness was an excellent game. What was the reason to go back for some more with Lust From Beyond? Were there things that were left finished from the first game?
Michał C: I’m glad you think so, but personally I’m more critical. It was our first game, we had no commercial experience at other studios and we made a few mistakes. But I am proud of it, because it is a product that was good given our skills from that period. The production process for Lust for Darkness was an important lesson, which we luckily learned and gathered a handful of fans in the process. And that’s a good reason to continue along this path – this time with much more momentum. I hope this shows in our two free introductory games to Lust from Beyond.

Matt S: Did you consider the heavy erotic elements of the game to be a creative and commercial risk, given the sentiment and sensitivity around sex in games at the moment?
Michał C: Of course. We struggle with this problem constantly. We know, for example, that the game, if it appears on consoles, will be truncated. And we realize that certain algorithms may like us less. A simple example: to view Lust from Beyond on Steam, you must be logged in. For many players, it is a barrier that can actually delay their first contact with the game. In a world where every production screams “buy me!”, that one step more is sometimes too much. 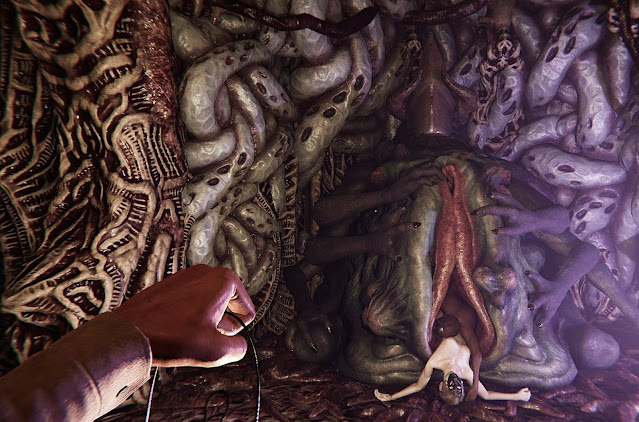 However, I believe that this is the cost and risk that we have to bear to present our vision to the world. In this particular case, an attempt to adapt to “family friendly” standards would result in the loss of identity. This identity and independence is our strength that players appreciate. I think it’s very healthy that in a world dominated by new voices, telling us what you can and can’t do, there is someone who is trying to bend the barriers of taste as much as possible. And we are trying to fill this gap.

Matt S: Lovecraft, Giger, Eyes Wide Shut – there are so many eclectic influences in your games. Was it hard to bring these together in a cohesive way and can you explain some of the processes for me?
Michał C: The process was fairly fluid and it’s not easy to cite the various steps. In a nutshell: the first outline of Lust for Darkness lacked an element of eroticism, inspiration from Giger’s work, etc. Apart from the desire to create a game, we did not have much to offer the world. Therefore, we used whatever assets were available on the Internet. It was only after about a year of work that we crossed the barrier that allowed for the actual creation and then I realised how many possibilities lie ahead of us. So I quickly included all the pop culture themes I love and find interesting.

Matt S: I wanted to ask you about a recurring visual motif I see in Lust From Beyond so far; while the art is very Giger-inspired, I also see a lot of metaphor for female genitalia. Was this something deliberate – is there something about that visual that suits the horror theme, do you feel?
Michał C: This is intentional. The world of Lusst’ghaa (another dimension that we can visit in the game) is … honest. The creatures inhabiting it are devoted to eternal ecstasy and this idea has significantly influenced the environment. In a world where “sex” is the most important factor, and the ability to freely modify the body has become a fact, such entities simply had to be exist.

Why do I think this world is honest? Well, it is honest compared to our world, which also revolves around sex. Lusst’ghaa, however, does not pretend that there is more to it. 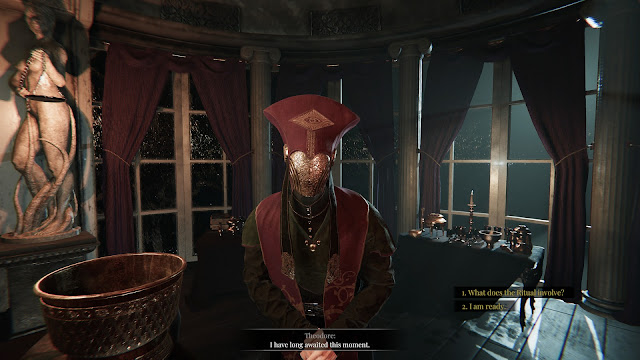 Matt S: How did people respond to Lust For Darkness? Was there anything from the community that surprised you? How do you think they’ll respond to what you’ve done with this new game?
Michał C: I think with Lust for Darkness the reception was very positive in terms of the overall concept, lore and artistic direction. I even received a photo from a fan who got himself the Cult of Ecstasy symbol, and I think it’s hard for a better recommendation. The problem was with the gameplay. And if something surprised me, it’s such a strong fixation on the length of the game. Personally, I love titles that I am able to consume in a few hours and get the full experience. I think it’s important, especially in busy times like these. Unfortunately, this one value often gets all the attention. A lot of modern gamers want to feel that they can spend long hours in the game. And they underestimate the importance of lack of filler. In Lust for Darkness I am happy with pacing – something happens all the time, and the plot keeps the audience interested. Of course, we could’ve extended any part of the game. But we didn’t feel the need to do so. Unfortunately, players don’t appreciate it. I think that if we hadn’t touched the story content and just extended the exploration by three hours, supplementing it with pointless chases and puzzles, the game’s rating would have been higher.

As for the players’ response to Lust from Beyond – I think they are very pleased. We left what was best about Lust for Darkness and worked hard on the rest. The effect can be seen in the ratings of Lust from Beyond: Prologue. I also think that for many people it was a surprise how much we improved between our first and second production. Hell, that was a surprise for us as well.

Matt S: The line between sex and horror seems so much more explicit in other art forms like cinema and literature, but in video games, I’ve often felt that the “sterile” ugly monster action game seems to be the standard for horror. Why do you think that there is a generally different approach to horror in this industry (aside from your own game, of course)?
Michał C: I have no idea. Video games are quite a new form of expression compared to the rest of the branches of pop culture, and maybe they just need to mature.

Matt S: Speaking more generally about Poland’s game industry, one thing that I have noticed is that many of game developers out of Poland are quite transgressive. Is there anything about the local development community that has led to transgression being such a common theme in Polish games?
Michał C: In Poland, especially recently, there are growing conservative-religious movements, which, for example, has dominated the state media. I don’t want to put myself on any side of the political dispute, but this willingness to break down certain barriers may be a reaction to this situation. An expression of personal rebellion and forging of your own path despite what is happening around. However, I do not know if this is the case for me – I would rather assume that the need to express myself in this way lies somewhere else. But if I were to make some loose assumption on this trend it would be exactly that. 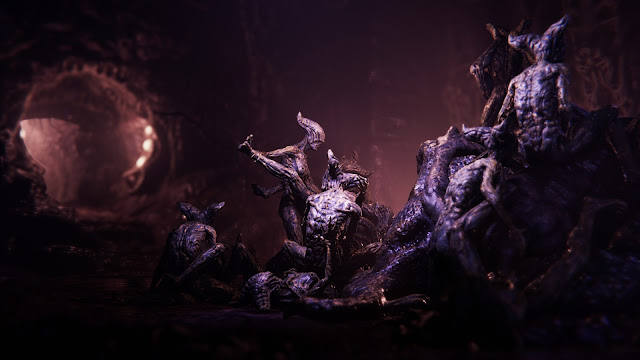 Matt S: Are there yet more ideas that you have for this series, or do you feel that you’ll be done at the end of two?
Michał C: I can’t really say anything. And even if I could, I probably wouldn’t. Gamedev is a dynamic market, the situation is changing all the time and ideas that may seem reasonable today may not be so tomorrow.

Matt S: There’s a lot going on in the games industry right now. What are some of the trends and future directions that are most interesting to you?
Michał C: Honestly, it’s hard for me to choose anything. I draw inspiration from every corner of pop culture, not just games. In fact, I think it is more interesting when we draw from other sources. This is how we develop the game industry the most strongly. I hope that players will trust my productions if they’ll have integrity. Following the trends is secondary for me, but unfortunately still important – game production requires a lot of money and a firm grip of reality. But again – it’s hard for me to choose any current trend in the industry that interests me.

Matt S: Finally, what games are you yourself playing at the moment?
Michał C: It will be another disappointing answer, but I haven’t been playing much lately. Lust from Beyond is in the key production phase and I just have little time. I try to spend every free moment on private matters. If I play, I spend the evening with my friends in Dead by Daylight – I love to mistreat them as the Killer. Before that, I also played Green Hell from the Polish studio Creepy Jar. A few months ago an update was released that allows history to go into co-op and it hurts me a bit that I don’t have time to check it.

And maybe it’s strange and a bit unrelated to the games mentioned so far, but I am warming up to the idea of buying Microsoft Flight Simulator. The world has closed a bit for us recently and the vision of unrestricted, risk-free freedom speaks to me more and more.

One of the most promising Chinese games is just days away…