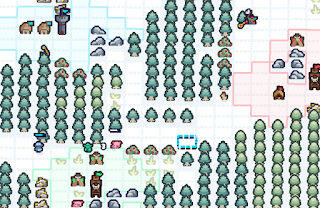 Terra Nil pitches itself as a “relaxing city builder about ecosystem reconstruction.” It’s perhaps poignant, given the way that climate change is driving us, but in this game, your goal is to turn a barren wasteland into something that you can then call a paradise, and you do that by restoring the environment, rather than exploiting it. It does that with a combination of city builder and puzzler, with an exquisite pixel art design that shows some gorgeous production values.

Simulation games are a favourite of mine, but one thing we don’t get all that often is simulations that present a vision for the future in terms of living in harmony with nature. Sure you can go “pollution-free” in your standard city builder, but examples of the genre that focuses specifically on the environmental angle? That’s something that’s downright valuable right now. Terra Nil on itch.io is not the full version (at least, not right now), but it’s already been a bit of a darling on itch, with a 5-star rating from 313 reviews. Here’s your chance to get in early with something that’s probably going to prove itself to be pretty special.
Crimson Spires

Visual novels are dime-a-dozen on itch.io, but so many of them are junk and it can be difficult to dig through them to find something of the standard of Crimson Spires – a full-scale otome VN about vampires and a small mining town where they play. You play as Sheriff Erika Wright, as she attempts to understand why the little town has been shut off from the outside world, while also dealing with a serial killer and conspiracy theories that are running unchecked through the town… sounds like a tough gig (and then some). 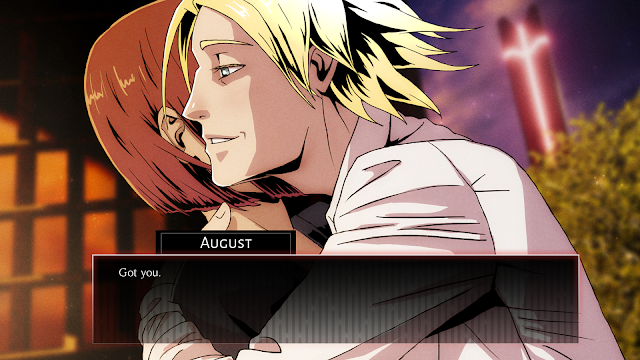 This one has really lovely art direction, in that blend of western and anime art which is increasingly popular for VNs. The men are hunks, the women are pretty, and there’s a solid sense of danger right from the outset – sounds like more than a few otome games we’ve played in recent years. Clearly, this one comes from students of the genre.
Shadowy Contracts
I’m not the world’s biggest fan of stealth action games – I tend to lack the patience for them, but one that I did have a lot of time for was the Thief series. The blend of dark medieval setting and tight stealth-action really caught and held my imagination, and transcended the genre as far as I’m concerned. Shadowy Contacts is still in a very early stage (that is what itch.io is for, remember), but it looks promising for recapturing that aesthetic and theme.
It’s already got quite a lovely art style, and while a lot of the interfaces look only functional, the bits of action that you can see from the trailer shows a lot of promise. Of course, this is a prickly genre to work with, since the AI needs to be precisely balanced, and Shadow Contracts is ambitious since it is aiming to layer an RPG system over the top of this… AAA developers struggle to get those kinds of genre blends together. Still, fingers crossed for the developer, because this really does show a great deal of potential.

My final pick for this week is the one that interests me most of all this week, and that’s because it’s so cute and charming. King Pins is a single-screen cutsey strategy game that the developer claims was inspired by Age Of Empires. The only difference is that it condenses it all down to the most streamlined set of mechanics. 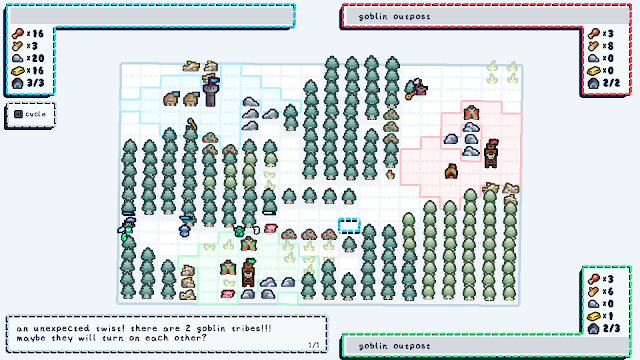 A short, 1-hour campaign will get you up to speed with how to play, and then you’re off to play multiplayer, either 4-player local deathmatch or against the AI. It’s pretty clear that the multiplayer will be where this one is going to be its most entertaining, with short, furious little battles between the cutsey little sprites. With four different factions, each with their own play-style, King Pins is a rare thing indeed, since we don’t actually get that many strategy games that are focused on the multiplayer party experience. I hope this one ends up being a big success and making its way to consoles. I think it’ll do well there.
That’s it for this week! If there are any new itch.io games that you’d like to bring to my attention, don’t hesitate to drop me a note! I’m very keen on celebrating the creativity and energy of this truly wonderful platform for games-as-art.