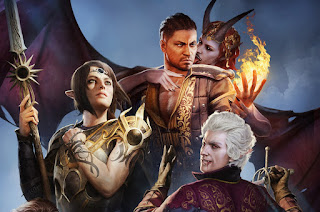 Baldur’s Gate 3 has been a game that fans have been waiting for for over 20 years now. With the highly talented Larian Studios behind it, the game delivers in many ways – it’s gorgeous to look at, expansive in scope, and offers excellent, classical RPG action.

The only problem is that it doesn’t quite *feel* like Baldur’s Gate. If it wasn’t called “Baldur’s Gate 3” I don’t know if people would think of it as anything more than a homage to that classic. It’s disappointing not because it’s bad (not by any means), but simply because… it’s a sequel that we’ve been waiting for for 20 years, and ends up not being that sequel.

In this video, I discuss one of the most critical changes that have given this game a very different tone and “feel” – it’s an understandable change, to be sure, but it’s a change nonetheless.

Let me know your own thoughts!

Nintendo surprise-dropped another Hyrule Warriors: Age of Calamity trailer on us