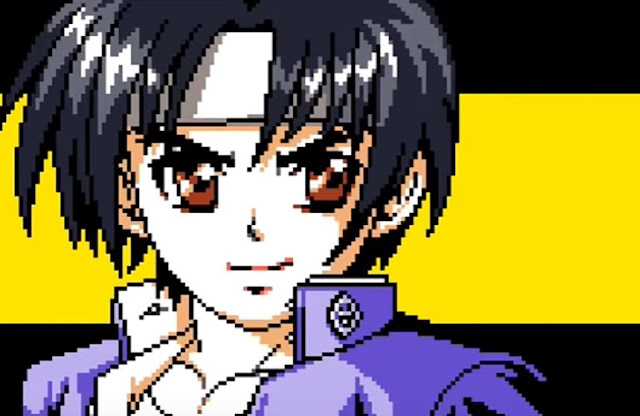 I’m going to review the Nintendo Switch “ports” of Neo Geo Pocket Color fighters King of Fighters R-2 and Samurai Shodown! 2 together, as I don’t think there’s enough to write an entire review on them individually – especially as these games share many of the same merits as the previously-released SNK Gals’ Fighters. Don’t let the brevity of these reviews put you off, though. These are very good games, and emulated beautifully on the Switch.

Fighting games don’t tend to age well. Of course, there is the occasional classic (Street Fighter 2, for example), but as a rule, time is not good to the genre, and what comes later supersedes what was great before. It’s a testament to the quality of these games, and the capabilities of the Neo Geo Pocket Color, that with each of these “ports” I find myself amazed at just how well they have aged. The action is clean, the animation precise, and the art primitive, but aesthetically pleasing. In comparison to what the rival Game Boy Advance was doing at the time, the Neo Geo Pocket Color was clearly much more niche as a device, but much better at this particular task.

With only two buttons both King of Fighters R-2 and Samurai Shodown! 2 manage to offer a deep and varied combat system, filled with flashy combos and distinct characters. The developers cleverly used chibi character models, but gave them big, oversized heads to make sure that each character is distinct and has their personalities from the big brother console and arcade experiences (Athena and Nekoruru for life <3). Backgrounds are incredibly aesthetically pleasing, and the soundtracks today evoke a warm nostalgia for chiptunes, whether you’ve played these particular titles before or not. 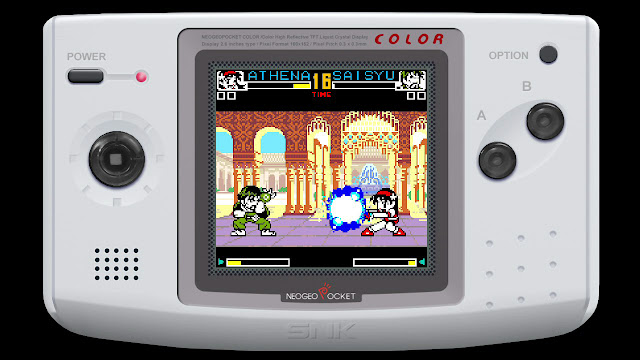 I will say, however, that Samurai Shodown! 2 is the slightly weaker of the three Neo Geo Pocket Color titles we have on the Switch right now. It’s purely a result of the hardware limitations inhibiting the aesthetics rather than the way it plays though. Samurai Shodown was always about the ambient mood, with very careful use of music and exquisite implementation of weapons-based violence and bloodletting. That mood just can’t translate to the limited hardware, and so while the game is perfectly playable and enjoyable, it doesn’t maintain the atmosphere quite as well as the other two.

Both it and King of Fighters R-2 have excellent-sized rosters, and even with only two buttons available the developers have done a great job in making each of them feel distinct to play with. This is particularly important with King of Fighters, because you’re choosing teams of three, and that melting pot of different combat styles and proficiencies is core to the KoF experience. R-2 manages to maintain that, and so playing around with the many characters to find your ideal set of three is still the big learning curve within the experience.

As these are older fighting games, don’t expect them to have the rich feature sets that we’re spoiled for now, but there is the classic arcade mode, survival mode (in the case of Samurai Shodown! 2) and the all-important multiplayer. You can play “split screen” for local multiplayer here, where the game basically duplicates itself to emulate the experience of having two consoles playing connected. Hardware features are good too, with plenty of options for screen quality, size, as well as a rewind function which is ideal if you’re looking to train and master the game (or just cheat your way through the sharp difficulty spikes which were common to fighting games of the era). 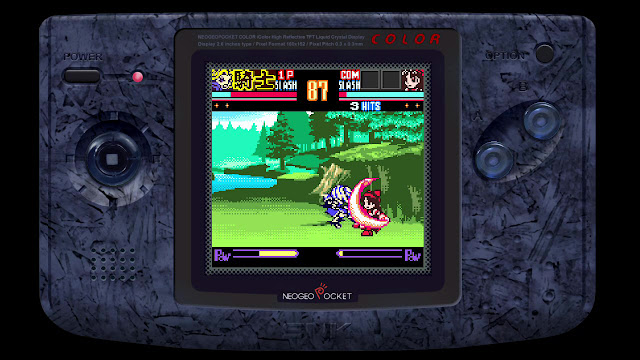 Could the team responsible for bringing these titles to Nintendo Switch bundled them up into a “collection” as we’ve seen with other retro products? Probably. It worked so well with the Capcom Street Fighter series, and as a collection, the developers could have also thrown in little extras and bonuses to enhance the “archival” function of these kinds of products. Nonetheless, if you are a fan of fighting games or video game history, then you can do much worse than picking these up. Not only are they a rare opportunity to play titles from a very rare bit of hardware, but they’re also an opportunity to experience some of the better-aged examples of the genre. These are the good vintage fighting games, in other words, and you’ll probably find yourself coming back to them more often than you’d think because they’re just that playable and charming in their highly-refined and precise simplicity.

The critic purchased these games for review.