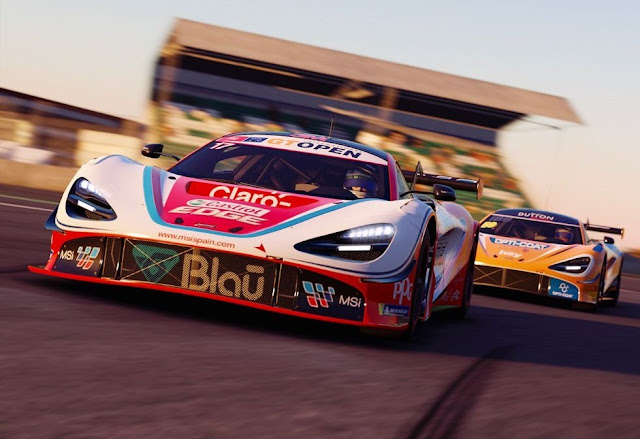 Woah. Woah. Woah. What the hell did they do to Project Cars? That brutally hardcore and rather dry racing simulator that turned heads and got people to break out their driving wheels over the last few years has somehow been replaced with… Real Racing 3. That’s not a joke nor exaggeration. The developers of Project Cars 3 have aimed to maintain the licensing that the first two games were rightfully lauded for, but replace the driving engine with something that is accessible as possible. It’s not an “arcade” racer as some have hyperbolically claimed, but it’s a super-casual racing simulator and I’m not sure I like the changes.

Real Racing 3 was itself a fine game. A product of Australia that aimed to make a simulator for mobile devices, Real Racing 3 eventually got an Apple TV version, which allowed you to play it with a controller. There it was at its strongest, with a massive number of cars to purchase and upgrade, an endless number of courses to race on, and a driving engine that hit a nice balance between asking you to stay on the right racing lines, but not likely to put you into a death spiral if you dare tap another car or have a wheel go off-road.

The thing was, though, Real Racing 3 was free-to-play, and it felt right at that price. I know I personally dropped the developer a couple of dollars here and there so I could get a car that I was particularly interested in, but for the grindy, endless experience that the game was built around, I was glad that it wasn’t asking for an upfront entry cost. 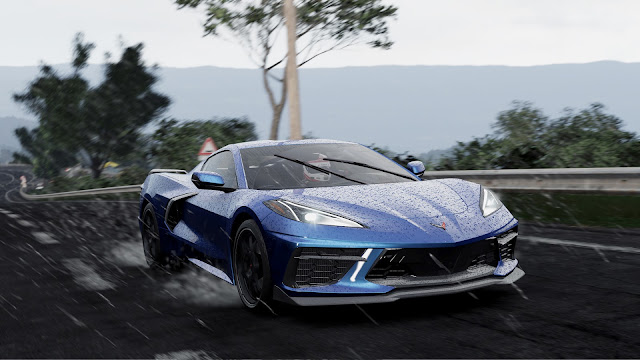 Project Cars 3 is a premium-priced game, and that’s where too many of its systems fall down. You start with just enough cash to buy a bottom-line car and enter “E”-grade events. From there you need to win races, complete objectives (the old “three stars to earn per track” carry-over from mobile gaming), and purchase more cars to enter more events. You can also tweak the performance of your existing cars, but be careful not to tweak them too far, because you might accidentally disqualify them from the lower events on account of being too souped-up.

There’s plenty to do here, with lots of garage options, a wealth of tracks to more than carry the massive number of events, and a huge showroom of vehicles to collect, with all being minutely cusomtisable in terms of the aesthetics, too. It’s car porn stuff, and purely on the basis of content Project Cars 3 is unparalleled. But it’s also such a grind. Race after race after race after race. Experience bars giving you upgrades and cash everywhere. A bloated, overwhelming menu. There might not be microtransactions in Project Cars 3, but the game certainly behaves like it has them, and that pointless, endless grind becomes exhausting. And, for some reason, the game doesn’t have the good bits of a F2P game – namely, systems to also encourage you to take a break. While it’s structurally the same as free-to-play racers, there also aren’t cooldowns, either. If you damage your car in Real Racing 3 and you need to put it in the garage for repair for a while (or pay money to get it fixed instantly). Damage your vehicle in Project Cars 3 and it’s fresh and ready to go into the next race immediately. To be frank I would have rather some form of punishment remain, because Project Cars 3 doesn’t do much to incentivise you to try and drive properly, nor does it really force you to either take breaks or change things up frequently, as the garage system in Real Racing 3 did.

Sure, lap times are invalidated if you cut corners or play dodge-’em-cars with the walls, but while the need to restart for those times the lap time counts can be frustrating, it’s not much of a punishment. Project Cars 3 enables you to play with sheer aggression, and while it’s good fun using an opponent’s vehicle as a turn assist so you don’t need to break into a turn quite so quickly, it also means that Project Cars 3 doesn’t offer the same sense of reward that mastering a track on something like Assetto Corsa or… the old Project Cars titles did. 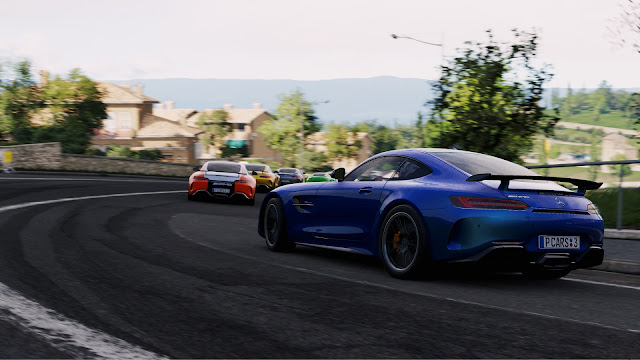 It does look good on the track, though. Every race pops with vibrancy, from the gorgeous rural roads right through to the intense street races and dedicated racing tracks. The various times of day and weather are all beautifully modelled too, and the photo mode is both expansive and deeply enjoyable. The presentation was always a strength in Project Cars, and it remains so here, though you do suspect that the developers are looking forward to the next generation because there were moments of pop-up and pop-in with the background and even the lighting that tell me that the team is pushing everything they can out of old faithful PS4 Pro hardware at this point.

I will also say that the developers are very keen to push people into online multiplayer as quickly as possible, because, as expansive as the single-player stuff is, the multiplayer modes and competition options are so much more comprehensive. The developers clearly studied Driveclub here, and as muses go, you can do worse than Sony’s rather enjoyable accessible racing simulator… especially since the servers for that game have been killed. I imagine that every page of Project Cars 3’s design document had “WE WANT THE DRIVECLUB PLAYER BASE” in the footer as a reminder to the team to keep the eye on that prize, and I would not be surprised if the game succeeds at that.

The big question for me, personally, though, is whether Project Cars 3 just zigged when it should have zagged. The thing is, that I do like accessible racing games. I spent many, many hours with Real Racing. But this new entry with Project Cars has given the series an identity crisis, and where the developers could have taken their existing learning and delivered the previous Project Cars vision to an all-new degree, instead we’ve got the team effectively starting from scratch again. I guess we can look forward to Project Cars 4 being a repeat of Project Cars 2, in taking and refining the initial idea and actually delivering to the vision.

Pupperazzi has a publisher, and it seems like a perfect match

Fan service: There’s more nuance to it than we think