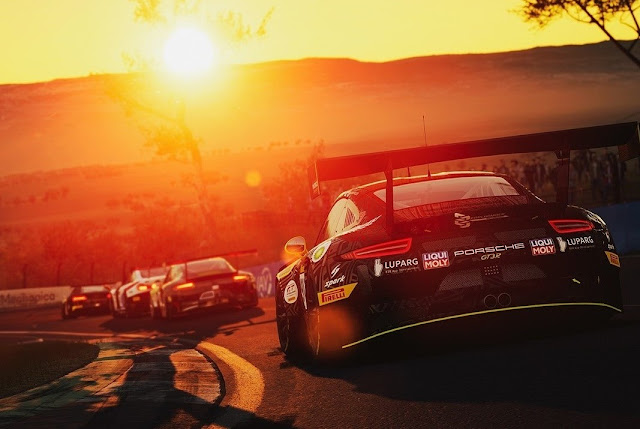 Assetto Corsa is a property that finds itself in a difficult position. It doesn’t have the licensed pull of the F1 or Rally titles. Nor does it have the slick marketing machines of Sony or Microsoft that Gran Turismo and Forza enjoy. Nor does it have the depth and breadth of raw content of something like Project Cars features. Assetto Corsa Competizione does come across as more limited than all of those aforementioned titles… but lordy does it feel good behind the wheel.

Related reading: Our review of the previous Assetto Corsa on PlayStation 4.

Across a handful of tracks and with a dozen or so different cars from manufacturers are wide as Lamborghini to BMW, Assetto Corsa is entirely about the driving experience. There’s a career mode of sorts, though that behaves as little more than a tutorial… and you’re better off teaching yourself simply by racing anyway. There’s just not enough content within in the game to give it a believable career experience, and certainly, the developers haven’t tried to do anything with the career mode off the track to turn it into any kind of narrative experience. But then I don’t believe people will play this one for its career mode. No. They’ll come to Assetto Corsa for the most hardcore of racing challenges, either to test themselves against the AI or other human opponents; they’ll come to it for endurance racing.

Competizione is officially licensed to the GT3 competition, and while that is as niche as niche comes, for serious racing fans it does mean something. There’s a unique flavour to endurance racing and its complete focus on consistency and attrition. Races are won not by taking risks and driving aggressively, but the precise opposite of that. You wait for your opponent to slip up, take a corner less-than-perfectly, or struggle ever-so-slightly as the time of day moves to create slightly different track conditions. There’s less moment-to-moment excitement in endurance racing, because it’s instead a steady build of breathtaking racing ability over a long period where the form of the sport finds its appeal. It’s a marathon, rather than a sprint, and that’s a different kind of experience. 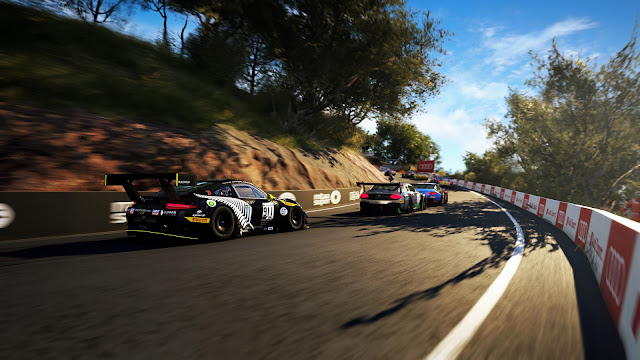 What this means in terms of video games is that Competizione is the least accessible racing game of all. It’s one of the best-looking, with meticulous recreations of some of the greatest racing tracks in history, but anyone thinking to themselves that they’ll get value from jumping in and playing a “quick race” will find themselves disappointed. Nor will those who like variety find themselves engaged, since there are fewer tracks and cars in this one than anything else on the market. Nothing about Competizione is tuned towards that standard racing game experience. Rather, it’s an experience of nuance and substance, encouraging you to carefully learn your way around the tracks and master each and every one of them over a process that closely mirrors real training.

And it feels so good to do that. Of all the racing games out there, Assetto Corsa has been the one that I have returned to over the last few years because, while it’s certainly more niche in focus, it feels so good to drive in these virtual cars. For a sport that’s all about hitting eye-watering speeds, and sitting in machines so loud that they’ll deafen you, the difference between good racing games is so subtle that your favourite will be determined by the abstract fractions of a per cent. I like the fractions of a per cent behind Assetto Corsa; hitting that perfect racing line just feels that tiny bit smoother. Successfully slipping past a rival car is marginally slicker. Shaving hundredths of a second off the best lap time is that little bit more rewarding. What works for me doesn’t work for others, and others will prefer the racing experience of a Gran Turismo or Project Cars, but to me, Italian developer Kunos Simulazioni has really latched on to a sense of authenticity, speed, and elegance that marks racing at its best, and Competizione builds on the team’s success in that regard.

The online experience is where Competizione is going to thrive or die. With the career mode being a joke, when playing solo you’ve only really got the AI to pit yourself against in single races or a series of linked races that the game considers to be the “competition” experience. The AI is fine for what it is, but you can see the spreadsheets crunching, with the challenge differences between low difficulty opponents and high difficulty opponents being blatantly arbitrary and artificial. 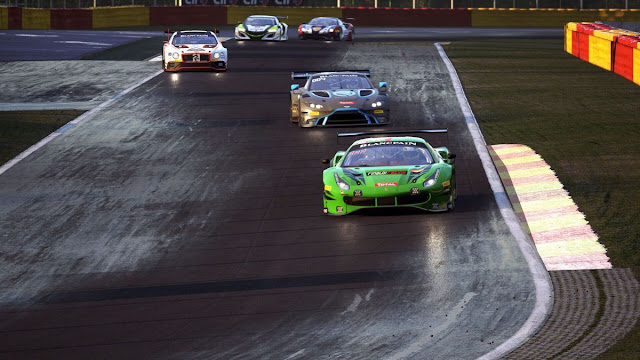 For a version of racing where endurance and attrition is key, you really need the human capacity to make mistakes for the truly authentic experience, and the multiplayer in Competizione is strong… though you have to wonder at how long it will remain viable given the niche focus. One of the important things in racing games is matchmaking, so that the more serious racers aren’t pitted against people that play racing games like dodge ‘em cars. Assetto Corsa did this really well, but Competizione isn’t going to be able to if there isn’t a critical mass of players over the long term to break matchmaking down into demographics.

Finally, I would be remiss if I didn’t mention that for a game that already had less content then other racers on the market, holding back some key elements as DLC comes across as particularly galling. Mount Panorama is the track everyone wants to race on. It’s the best damn racing track on the planet. It’s one of the pieces of DLC. Having that track in the base game alone would have substantially increased its overall perceived value and I suspect the developers and publisher knew that it’s an almost mandatory purchase for anyone that buys this game. I’m usually one to support developers with DLC because I do know how important those revenue streams are, and I know that the developers of Assetto Corsa are in a tough spot in that they’re punching well above their weight in producing sims of this quality without having the resources of their peers. But DLC really should be a “bonus” rather than a core feature and… Mount Panorama is pretty core to just about every serious racing experience that it appears in.

All of this puts me in a difficult spot with Assetto Corsa Competizione. On the one hand, it’s my favourite racing experience, hands down. It just handles beautifully. On the other hand, from features to gameplay modes and with regards to almost everything that doesn’t specifically involve racing, Competizione is substantially behind its peers, making this a racing experience that only the most hardcore of hardcore racing fans will get much out of.

Oh God I’ve been pulled back into world of Tamagotchi

Are Games Really Art? As in… do we genuinely believe this?