Media Molecule’s popular game-making game Dreams is getting a free update on July 22. The update, titled Inside The Box, will include new tutorials and kits to help creators design for (and with) PlayStation VR. Take a look at the update trailer:

All Aboard VR will help players become familiar with creating in that space, introducing them to the controls and basics for both creators and players. DreamShaping will include several new how-to tutorials; the developer recommends beginning at the Best Practices How To before moving ahead with the tutorials. There are several ready-to-play experiences, including games and galleries.

In Create Mode, sculpting can be done an entirely new way: in VR with the PS Move controllers, creating a far more immersive experience than before. That being said, non-VR creators can still make VR games, and will benefit from the update with some new gadgets and accessibility options such as comfort mode and static sky.

Available via Xbox One, Microsoft is hosting a demo event – Summer Game Fest 2020 – from July 21 to 27. Numerous game demos will be playable, and by numerous I mean several dozen: the current estimate sits at 75-100. 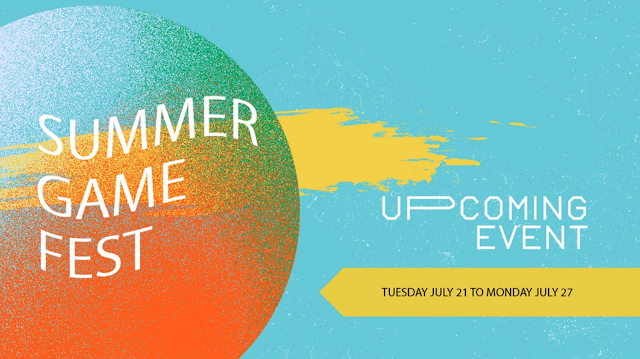 The Summer Game Fest demos differ from normal Xbox One demos in a couple different ways. First, they are not demos completed from the finished game, as tends to be the case. These demos are from much earlier in the development process, something Microsoft has never done before… but that means we should expect many games that need much more tweaking and polish to become a finished product. Not a problem, just something to keep in mind. Second, these demos will not be available post-Summer Game Fest. Each will be available for the week of the event, then disappear from the Dashboard. There’s a chance some will be published officially in the demos section at a later date, but don’t count on it.

A handful of demos have been announced, with five I am already excited to get my hands on. Cris Tales is a love letter to classic Japanese RPGs, allowing players to glimpse the past, act in the present, and watch how the future will change. Haven follows Yu and Kay, two lovers who escaped to a shattered, grassy planet to stay together. The Vale: Shadow of the Crown promises to be an audio-based adventure, which doesn’t happen too often, which attempts to breathe new life into medieval combat while providing a brand new experience that could be especially exciting for visually impaired players. Raji: An Ancient Epic is an action-adventure game set in ancient India, following a young girl chosen by the Gods to stand against a demonic invasion and reduce her younger brother. Finally, Welcome to Elk, a biographical adventure set on an island where every character has a different tale to tell, from weird and wonderful to dark and desperate, all based on true stories.

In mid-June, Ooblets developer Glumberland announced that the title would be available in early access sometime this summer. I expected this to mean it was still a couple months away, but the date has officially been revealed, and it is sooner than I expected: July 15. Here’s the latest trailer, from last month:

Ooblets seems to be pure happiness and sunshine in video game form. There are some typical slice-of-life gameplay elements, such as farming and decorating/expanding your home. But you also get to build a team of dancing Ooblets, and even join an ooblet clubs. The ooblets then compete in dance-offs to win you new ooblet seeds. There are daily challenges, badges to earn, and secrets of Oob to uncover.

Ooblets will launch for Xbox One (via Xbox Game Preview) and PC (via Epic Games Early Access) at an incredibly reasonably price of $24.99. There will be a 20% discount for the first week of its release. I haven’t touched our Xbox One in over a year, unless it is to watch Netflix where the Apple TV and PlayStation aren’t connected, and I’m kind of excited for a reason to return to playing games on the console. (There’s one other title launching hopefully soon that would also draw me back to the console, an Xbox exclusive from Dontnod: Tell Me Why.)

Originally released in late 2015 (you can read DDnet’s review here), RPG Maker MV is finally making the leap from PC to console! Published by NIS America, it will be released for PlayStation 4 and Nintendo Switch. Here’s the console announcement trailer:

RPG Maker MV does exactly what it sounds like it should: allow users to create epic RPGs will all the tools they need already at their fingertips. Create epic video games, then share online. There’s no complicated coding and an endless pool of assets, so even those less than adept at programming can create the RPG of their dreams.

The launch dates are September 8 for North America, September 11 for Europe, and September 18 in Oceania (sorry Australia!). If you’re interested, a limited edition is available for pre-order on the NIS America store; it appears to contain a physical copy, so will the game be getting both digital and physical releases?

Why do a real-time “battle royale” Worms? Why? WHY?