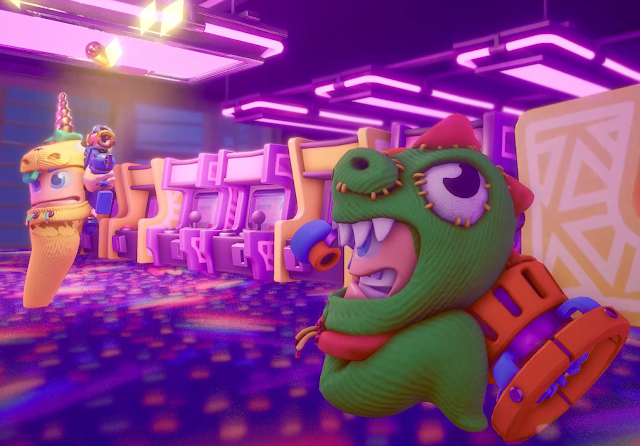 Le sigh. If you want any more proof that game publishers are more than willing to throw the heritage of their beloved properties under the bus in order to make a quick buck, let’s look at Worms Rumble. Worms is a series of clever turn-based tactical strategy games with a wicked sense of over-the-top humour. Worms Rumble wants to be Fortnite with Worms.

Here’s the description of the thing: “Worms Rumble is Worms like you’ve never played it before, with intense, real-time, arena-based 32-player cross-platform combat. Get ready to rumble in Deathmatch or Last Worm Standing modes where you’re only ever a Holy Hand Grenade away from death!”

Now, could this game be fun? Sure, absolutely. It could be entertaining. Does it help or hurt the Worms property, though? I’d suggest it does more harm than good, even if it turns out to be excellent. An intellectual property is something that needs to be carefully managed, and it needs to have a distinct identity of its own and unique to it to be valuable at all. It is why, all joking aside, you don’t see Hatsune Miku being added to the rosters of Smash Bros or Dead or Alive, because while I am always up for more Miku in games (and in Dead or Alive it would mean swimsuits and hnnnngggg), having Hatsune Miku exposed to, and committing, violence would be damaging to what Miku’s IP actually represents. That’s why they’re not doing it. Crypton is willing to go without some easy cash in order to protect its IP’s identity.


Worms is a brand of social tactical strategy. It’s about the hilarious, ridiculous moments when the slow-moving worms accidentally drop themselves on a mine. It’s about mastering the wind that blows the bazooka shots around, and it’s about that countdown and anticipation just before the Holy Hand Grenade goes boom. None of that can be brought into a Worms action game. Instead, while we might have the visual effect of Worms shooting at one another, we won’t get any of the actual heritage of the series.

I’ve got no interest in this thing, and as a such a big Worms fan that I’ve even defended Worms Forts: Under Siege in the past, this is deeply disappointing to me.

If you are somehow interested in yet another Battle Royale thing, this game releases for PlayStation 4 and 5, as well as PC, in late 2020. It’ll have crossplay too, so you can enjoy the undermining of a classic property with your friends on other platforms too.

Oh God I’ve been pulled back into world of Tamagotchi