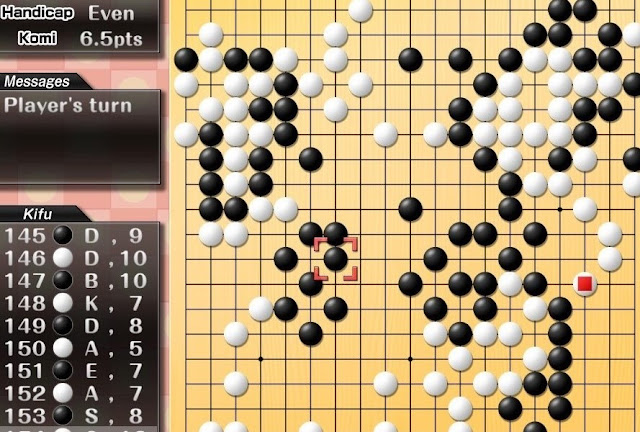 Go is complex. Very, very complex. Just how complex? Well, let’s allow the American Go Association explain it: “There are many more possible Go games – 10 followed by more than 300 zeroes — than there are subatomic particles in the known universe. Unlike many other games, all moves are possible at all times, adding even more to the complexity.” And yet the rules for Go are incredibly simple – certainly more basic than the likes of Chess and Mahjong. It’s a fascinating game, and you will want to work through all 2,800+ of the “quizzes” and “tutorials” that feature in Being Stronger While Playing! SilverStar Go DX, just so you can start to understand just what makes it such a majestically intelligent game.

SilverStar’s Go game does have the game of Go built into it, and with 12 different difficulty settings there’s enough there to challenge you from when you’re an absolute beginner right through to the point where you’ll start contemplating participating in competitions. Unfortunately, though, there’s no online play, and that does come across as a fairly basic thing to overlook. As good as AI opponents can be, ultimately you do want to play board games with other people, and Go’s lack of popularity in the west can make that difficult. It’s also the only way to play Go on the Switch as it’s not a part of Nintendo’s 51 Worldwide Games/Clubhouse Games, making the omission all the more disappointing.

That’s not the real value of this game, though. What SilverStar has done here is to distil down any number of Go textbooks’ worth of rules explanations and strategy advice, and then break it into categories, from the very basics to intermediate level, to give you the foundation for thinking that will turn you into a good Go player. In total, that means over 2,800 quizzes and tutorials. Over the course of a few weeks, this little app will teach you not just how to play Go – which you can learn in five minutes – but how to go about winning Go. 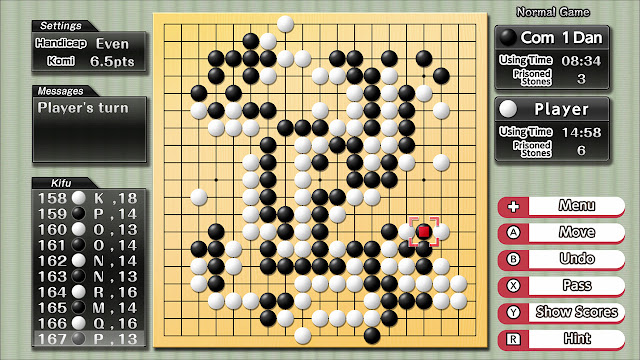 Now as far as life skills go, being competent at Go isn’t by any means essential, and yet… there’s both culture and philosophy in games, and as Kawabata Yasunari, a Nobel Prize for Literature winner, noted in his book The Master of Go: “That play of black upon white, white upon black, has the intent and takes the form of creative art. It has in it a flow of the spirit and a harmony of music. Everything is lost when suddenly a false note is struck, or one party in a duet suddenly launches forth on an eccentric flight of his own. A masterpiece of a game can be ruined by insensitivity to the feelings of an adversary.”

Go is a curiosity to mathematicians as a source of inspiration in the development of combinatorial game theory. It’s of interest in technology as the mightiest puzzle to solve in the development of AI, and in turn, the implications of what it means for humanity as AI continues to more regularly beat us at games like Go is of huge interest to those who muse on the moral and ethical complications of AI. Go is of historical interest because it is the oldest game that is still played in the same form that it originally played, too – there are historical records that indicate that about the time that Stonehenge was being erected, people in China were playing Go.

This is just the start of the broader value around this game. The point is; you should learn Go. It brings you closer to Eastern thought and temperament. It teaches you a little something about the world, and the complexities of the game are good for your brain, too. We live in an era where people need that. Put the Call of Duties and, even, Dead or Alives down and take the time to learn Go. 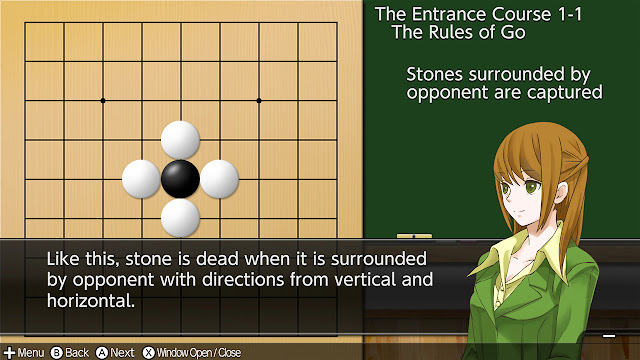 Unfortunately, SilverStar’s app might just be the best and most accessible way to learn Go, and I say “unfortunately” because the developers really do take their biggest swing at making this thing unpalatable. Think about it – this is a game designed to teach people Go, and yet the English is broken beyond what I would have even thought Google Translate was capable of. You can still follow along thanks to the visual aids, but for a premium-priced app, that’s a massive own goal. I appreciate that the market for this kind of thing in the English-speaking world would be counted in the dozens (if that), but surely the goal should be to avoid upsetting that small potential player base.

Presentation is also very pedestrian. Admittedly we have been spoiled with the likes of Chess Ultra, Clubhouse Games and Minna no Hanafuda all being aesthetic gold, but in the really real world, Go is an aesthetically pleasing game with rich texture to the board and playing pieces. This game doesn’t really capture that. It’s pleasant enough (minus the terrible localisation), but it’s very functional.

I wouldn’t bet money on us getting another take on Go on Nintendo Switch, and even if we do, I wouldn’t bet on it being a focused teaching tool for the game. As such, Being Stronger While Playing! SilverStar Go DX is mandatory stuff, despite its warts. You don’t need to be a professional Go player, but it is one of those things where having a basic knowledge of the game is a good way of showing that you’ve got a level of interest and respect for other cultures, and it’s a useful stepping stone for a broader understanding of Asian thought and culture.

Go on the go: The Switch gets an excellent Go tutor!