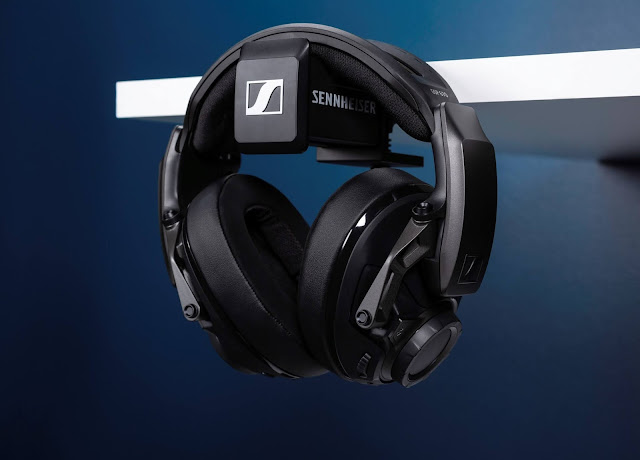 Now we’re talking. Last week I reviewed the relatively modestly-priced EPOS Sennheiser GSP 370 headset, which offered excellent sound quality through the speakers but let itself down by lacking key features and having a microphone that wasn’t useful for anything but the most casual gaming applications. The GSP 670 is very much more my kind of headset.
For a start, this one is much more versatile. Like the GSP 370, the 670 is a USB-driven headset that will work across anything that has USB ports. From the Nintendo Switch in docked mode to the PlayStation 4 and, of course, your PC, almost any gaming device that you might have is covered by this. Unlike the GSP 370, though, the 670 also has Bluetooth, and I cannot overstate just how much better that makes the headset right off the bat. Now I can pair it with my iPhone and use it for listing to music when I’m on the go, for example. Because the mic is not detachable it doesn’t really work as a headset in public (as a guy that plays Dead or Alive Xtreme 3 on my Switch on the train, I still have limits on how dorky I’m willing to look in general society), but I can use it when doing housework, or reading in bed before sleep, and these are things that I appreciate a good headset for.
The GSP 670 is a very, very good headset. Sound is pristine, deep, and resonant. Whether I’m playing the most cheerfully happy Hatsune Miku music (and you all know I use the headset for that a whole lot), or feeling the mosquito engines of F1 2020 piercing my eardrums, the GSP 670 allows me to deliver sound to a painful volume and clarity, with precision, for any application I might be in the mood for. Just as with the GSP 370 headset I also tested this while playing Kingdoms Under Fire: Heroes, and the heavy metal soundtrack through the GSP 670 is atmosphere in a true chef’s kiss fashion. This is an aside, but it’s just occurred to me and I’ve got to mention it while I get a chance – if you like retro games, get an excellent headset like the 670. The precision of the sound when the little Space Invaders ship fires off a bullet, coupled with the general outside noise-blocking capabilities of the headset, elevate Space Invaders as an audio-visual bit of hypnosis. A good headset will help you rediscover your love for the old arcade all over again.
The other big issue I had with the GSP 370 was that microphone. Good news there for the GSP 670 is that while it’s not perfect, it is so much better, and well within the “usable for YouTube” range. I recorded the voice track for the above video using this headset, and while you can tell it’s not a studio-quality mic, it’s not irritatingly tinny, and unlike many cheaper microphones, it’s not overly “breathy” on record either, even though the mic is just centimetres from the face. I can see myself regularly using this mic and headset for the DDNet channel into the future.
In terms of ergonomics, the GSP 670 is exactly what you would expect for the upper echelons of headset. Holding it at exactly the same time as the GSP 370 you can feel the difference, with the 670 being significantly heavier, but it’s the right kind of heavy, promising a level of robustness and durability that is ideal for people who, like me, have a habit of walking through doorways when wearing a headset in such a way that I somehow bang them against the frame. I’m not suggesting that this is a truly rugged headset in the technical warranty sense of the word, but it’s pretty clear that it’s designed to be used and loved too.
That weight doesn’t affect comfort when the headset is on, with comfortable memory foam on the speakers and spot-on distribution of weight across the head. The speakers do cover the entire ear (even for people with big ears such as myself), and that’s why they tend to block out outside noise. It’s not a true noise-cancelling effect but it does allow for seamless, distraction-free music and gaming. All the design features are comfortably arrayed around the headset so you won’t need to take it off in order to re-pair the Bluetooth or adjust volume through the headset on the fly. 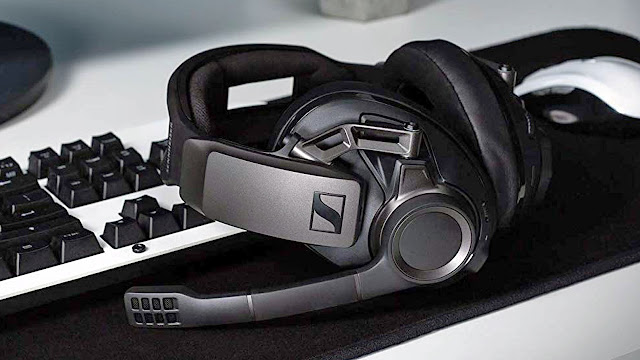 Really, the only issue I have with the GSP 670 is the USB dongle itself. It’s tiny. So tiny that when you put it into the PlayStation 4 Pro, with the sloped design of the console and the fact that the USB ports are inserted inside of it, it then becomes a real pain to try and pull the dongle back out again. The GSP 370’s more conventional “USB stick”-sized dongle is so much more efficient. I don’t understand the need for such tiny dongles, aside from the rare time you don’t want something sticking out the side of a gaming laptop or similar in such a way that there’s a risk that something might bump it and do damage to the dongle or the laptop itself. That’s such a specific circumstance to design around through that the inconveniences to every day use just aren’t worth the trade-off.
Given that my only complaint about the GSP 670 is the USB dongle, I think it’s fair to say I love this headset. As far as headsets that don’t have detachable mics and therefore are for gaming and home use only go, this is by far my favourite. Whenever I’m at home and in need of a headset, this will be the one I turn to going forward.

DDNet was provided with this headset from EPOS for the purposes of review.