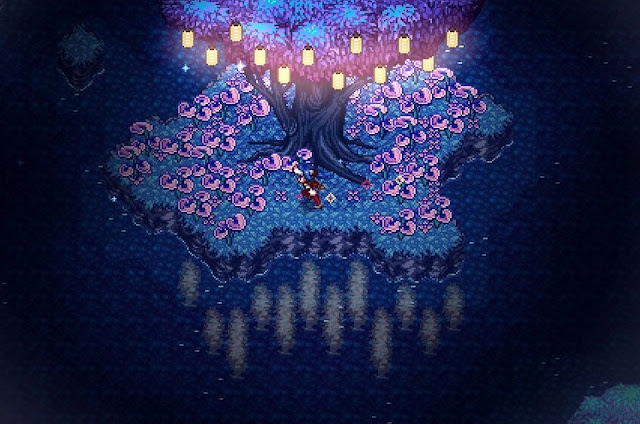 It’s not a proud segment of my life, but in the early to mid-2000’s I was a kid with a computer and Internet access, but no money to feasibly buy games for myself. It’s farfetched to consider based on the relative unpopularity of the genre today, but in the 2000’s, MMORPGs were everywhere. Most were esoteric, grind-heavy and technically free-to-play, propped up by draconian Premium Currency models that gatekept overpowered in-game loot. But for the teenager with too much time on their spare hands, these games offered a grind that would make the school holidays melt away. What made these games so compelling wasn’t the grind itself, but the promise; you got to see other players in powerful-looking armour running about an enormous world, braving areas with monsters so dangerous you wouldn’t dare set foot in alone. It was a promise that with enough time invested, if you invited enough friends, and if you managed to drop a few dollars on those microtransactions, you’d also have the awesome adventures that you were always seeing around you.

For better or for worse, most of those promises turned out to be hollow. Of the MMORPG’s that I even remember the names of, they are either defunct, propped up by a devoted skeleton playerbase in the double digits, or watered down and overhauled like Runescape or Maplestory. It’s just not possible to get that kind of experience online anymore, not since MOBAs capitalised on the free-to-play market, and not since smartphones have become to the go-to platform for microtransaction-fuelled exp-grinds. I guess what I’m trying to say is that I’m in the very specific target demographic for Radical Fish Games’ CrossCode – and if you relate at all to my experiences, then this is going to be one of the most satisfying gaming experiences you’ll have this year.

I mentioned before that the popular strategy of most MMO’s was to promise the player the possibility of awesome adventures (after grinding or payment). In CrossCode, a game set within a fictional MMO, the design ethos is to fulfil that promise. I’m not exaggerating when I say this game brought back a rush of nostalgia through its hugely idealised version of mid 00’s gaming culture. Everything about those old MMO style designs returns in full form, and the worst parts of the genre have been refurbished and reimagined to be strengths, or at the very least aesthetic decisions. 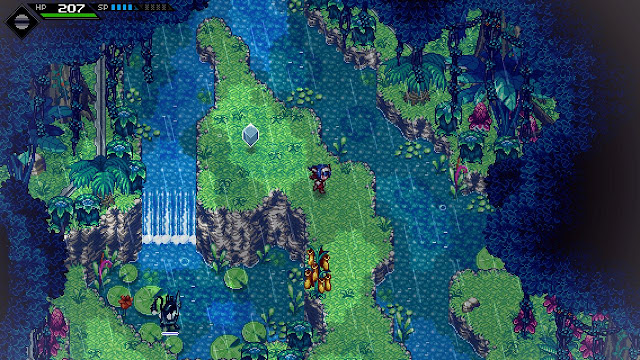 Here’s the laundry list. The world is enormous, but each zone is filled with interesting things to see and explore, rather than being a flat empty expanse filled with monsters. Drop rates are visible and augmented by the player’s skill. Fetch quests are plentiful, but aren’t required to forward the plot. Boss monsters and mobs are scattered around the world, and reward skilful play over level grinding. AI companions fill in the role of party members, and they do a good job of being smart and helpful (and if you disagree you can always turn them off). There’s a labyrinthian resource and crafting system but if you don’t want to bother with it, perfectly acceptable equipment is also purchasable from shops. There’s a Sphere-Grid-esque character progression system which is hugely customisable across the game’s four elemental affinities.

This game is everything my teenage self could have ever wanted. And if it were just a series of screens filled with enemies and a few two-dimensional NPC’s, I would have happily spent a good fifty hours grinding out my character to the max level. But CrossCode manages to be even more than that. The narrative is appropriately epic, although rather long-winded – the premise is that Lea is an amnesiac protagonist in an MMORPG called CrossWorlds, which exists in a real-world space; so exploration and progress in the game has real-world implications. I was reminded of a more light-hearted version of the recent Digimon Cyber Sleuth games, in a good way – it’s a story which recontextualises genre tropes of JRPGs and MMOs, but in a heartfelt way that feels more like a celebration than a takedown. What I did appreciate about the narrative too was that all the plot developments, characters and key terms get catalogued in the menu, so it’s easy to pick up any forgotten factoids if the player has been away from the game for a while. (There’s a fair few JRPG’s that I’ve flat out restarted midway because of this problem.)

The gameplay is familiar to anyone who’s played an Action JRPG – combat is a simple affair of melee and ranged offensive options, pitting the player against cute critters that have challenging attack patterns and egregious weak spots. In line with the Nihon Falcom school of Action RPG design, CrossCode rewards players who approach combat fast, and chain together kills without letting a timed meter run out. Racking up multiple enemy kills in a row raises the combat level, which doesn’t make enemies harder, but does improve the rewards they give as well as unlock some secret rare drops from most monsters. Once the meter runs out, the player is considered to have exited combat, their health rapidly restores, and all Exp rewards earned in this time are given. Some critics have argued that this focus on fast kills de-emphasises exploration, but I found that this mechanic makes combat a game of risk vs. reward, encourages knowledge of level layouts to maintain a combat chain, and mimics the way raids felt in classic MMORPG’s. The combat level in CrossCode is one of those “mastery mechanics” which I love dearly – a mechanic which can be safely ignored by a casual player, but can also be accessed and pushed to its limit by someone willing to see how deep the game can go. 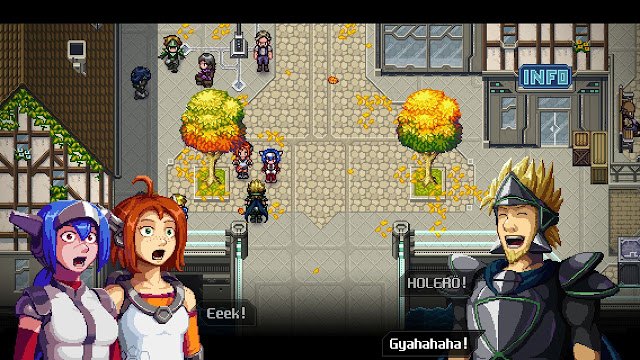 CrossCode has the advantage over the 16-bit action JRPGs it takes inspiration from in that its controls are modern, giving the player a more expressive set of tools to play with. The right shoulder button handles both melee swings and a ranged attack, depending on whether the right stick is tilted. The same is true for the left stick – it’s both a guard and a dash. This frees up the triggers for a contextual item menu on the left and an equippable skill on the right. Combat is thus fast and chaotic, encouraging players to make plans on the fly instead of resorting to tedious strategies like pulling enemy camps or chipping down opponents while spamming a recovery skill. A powerful assist mode is also available, so players can have some agency over enemy difficulty and the prerequisite amount of grind required to successfully make it across the game’s vast world.

In between combat is an exploration component aided by refreshingly complex level design. The screens of CrossCode’s world are dense, filled with secrets, and rewarding to players with a curious eye. Although the game lacks a jump button, the player does a contextual jump when walking off an elevated platform. This is used to great effect, where intrepid players can access parts of the stage’s geometry using careful movement, in order to find hidden goodies. I also love how combat and exploration is not modal; players can easily enter or escape combat at any time using the exploration mechanics – there are no transition screens to delay the experience. Dungeons are also filled with more traditional puzzles which are interacted with using the protagonist’s ranged attacks; these reminded me of the Cloister of Trials in Final Fantasy X; they are rather separate from all the mechanics, and serve as a welcome break from combat.

For the Switch port, there are unfortunately delays of other varieties – menus seem to take longer to load than in the PC version, and there is some framerate stuttering when lots of enemies and particles are on screen at once. The game isn’t too taxing on battery life, but later zones especially can feel a little sluggish – though ultimately, it’s ignorable. 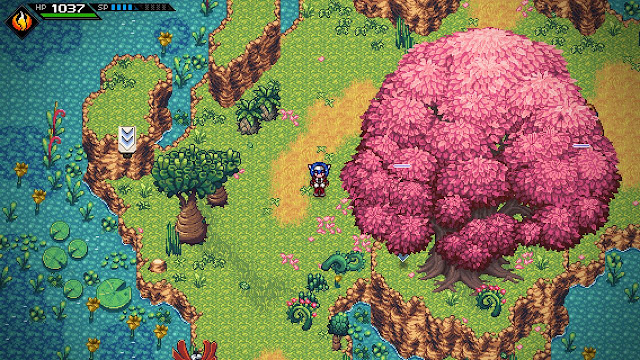 The game’s artwork and music are both excellent, and function well in supporting the core gameplay. The character portraits are particularly expressive and go a great length in characterising the colourful cast of players and NPCs, many which I feel like I’ve met in a past life, on some now-defunct MMO. I loved being able to explore everything about the game in the built-in encyclopaedia – to see the enemy sprites animated, their drop rates, the flora and fauna of each zone, and additional historical tidbits in the design. It reminded me of the supplementary readings required for any 00’s era MMO, where after you’ve been forced to log off, you could still be studying up on strategy and trivia on some unofficial fan-wiki. It’s all just a great experience.

If it’s not apparent already, I am extremely biased towards this game. How could I not be? I had a 15-year-long lingering emptiness from weeks of grindcore MMOs and this game comes along to hit the spot perfectly. I’ve overlooked the technical problems on the Switch port because I think having this style of game on the go is so valuable. It’s a crowd-pleaser, a game which welcomes you to have it your own way, focus on the things you enjoy, and leave a play session feeling good. It is a heavenly JRPG – one which has the love and insight to make the necessary changes and improvements to the formula, while keeping the strange idiosyncrasies which make the genre what it is. And just in case I haven’t hyperbolised this game enough, I’ll end with this. It’s better than Secret of Mana. Go play it.