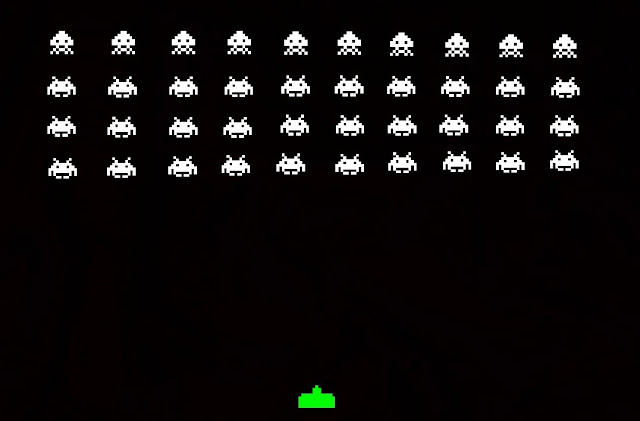 Well, that certainly took some time. Much earlier this year I reviewed Space Invaders: Invincible Collection on Nintendo Switch, a package that reflects the history of one of the defining arcade and video game properties. Finally, a western release of the thing has been announced, with Strictly Limited Games taking on distribution duties for the physical edition of the collection.
Space Invaders: Invincible Collection is very, very good. My favourite retro compilation to date, in fact. It’s got it all; online leaderboards and… well, the games themselves. Part of Space Invaders’ beauty is just how basic and elegant it all is, and this package reflects that. In addition to the original Space Invaders and a couple of its later iterations, the package also includes Space Invaders Extreme, which is a bit of a masterpiece of modernisation, and Space Invaders Gigamax 4 SE, which is brilliant fun for four-player simultaneous multiplayer. Finally, the collection also includes Arkanoid Vs. Space Invaders – the first time that’s been available on anything other than mobile, and it’s particularly good itself.
The full list of games in the collection are below:

We don’t have an actual release date for the game just yet, but preorders open on Strictly Limited Games on June 28.