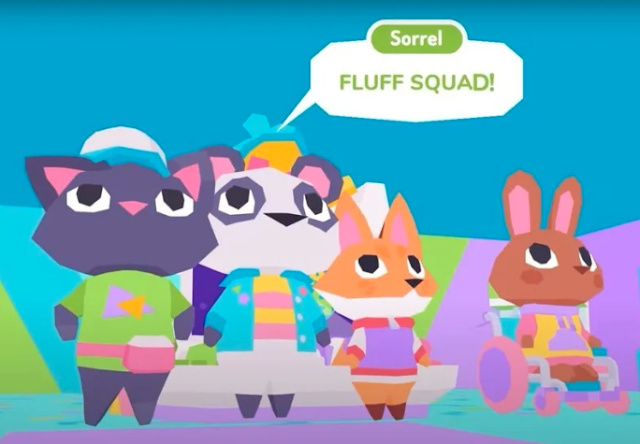 Let’s start by stating the obvious reaction that many people are going to have on reading that headline: no, I don’t for a second consider that video game violence makes people become violent. That is not the thesis of this piece. I don’t think anyone picks up a game, and is immediately incentivised to pick up a real gun, and while I do believe that video games can impact on a person (I have to believe that, else games cease being art, as “impact” is a critical reason for the impact of art), I don’t believe they influence behaviour. A person might find violence viscerally exciting or it might cause them to enter a state of sobering reflection, but even on those extremes, a game won’t then cause them to behave differently in the real world.

However, I still believe the video game’s utter and unquestioning reliance on violence is a problem. Consider this: aside from sports games and the incredibly rare, maverick release, just about every major, big-selling game features violence as core to its gameplay loop. Go through your library and really think about what you do in these games. Sometimes it’s cartoonish violence, like in JRPGs. At other times it’s done in the context of realism or even horror. Regardless of context, though, when you look closely at what is actually being produced by large game developers, it becomes quite clear that they have come to rely on violence as a crutch to save them the need to actually be creative with how a player interacts with their stories and experiences.

I’m going to share two different examples from this week to highlight what I’m talking about. The first is The Last of Us 2, for which Sony decided to share a “State of Play” giving people around 20 minutes of solid gameplay:


After you watch it, play a game with me. Go back and randomly pause the video every 30 seconds or so, and see if you go two minutes without either seeing violence directly, or pausing the video at a point that is clearly leading to violence. You won’t be able to, and it’s a clear sign that this game relies on violence for everything that it offers; it might have quiet moments, but those moments always serve to either “break up the action” to avoid it being too sustained and too exhausting, or they’re used to “set the scene”, with the eventual goal being… you guessed it, violence.

Now, it doesn’t matter how good that violence is, and given the embargoes I’m under, I really can’t talk about the game just yet, but the point of this piece is not to talk about The Last Of Us 2 in isolation, anyway. It’s to highlight the unquestioning reliance on violence as a gameplay mechanic that all these developers have. This could be video footage for almost any other big-budget game out there. World of Warcraft. Final Fantasy. Skyrim. The Witcher. Assassin’s Creed. Call of Duty. GTA. Red Dead Redemption. Uncharted. If it’s a big blockbuster game, every moment in the game is looping around active participation in violence, and with almost all of these games, developers are so reliant on violence and so unwilling to entertain the idea that things might be done differently that they end up compromising the creativity of their game to, once again, revert to the safety of the known quantity. The violence. You’ve played all of these games before. They might have different enemy names. They might be horror-themed or historically-themed. You might be fighting them in an apocalypse or a war zone. At times you’ll be stealthy. At other times the game will celebrate balls-to-the-wall action. But every time, your interaction with these enemies – the very core thing to what you do in these games – is exactly the same. You use some form of weaponry, and you kill them.

Now, let’s look at a very different presentation that happened this week. The Wholesome Direct. It ran just a day ago, and is 40 minutes of wall-to-wall indies talking about their bright, colourful, creative and artistically “wholesome” games:


After watching that video, do the same thing you just did with the Last of Us 2 trailer. Go through, stopping randomly every 30 seconds or so, and just see whether there’s any implication of impending violence, or the explicit depiction of violence, within those paused screens. You may have one or two, perhaps, if you freeze-frame at a particularly “lucky” moment, but it won’t be dominating every minute or two of the footage that you’re skipping through.

Now, these are indie games. Some of them will, no doubt, miss the mark as experiences to play. Others will, no doubt, become darlings. The absence of violence as the core gameplay motif doesn’t guarantee a masterpiece by any means, but at the same time, be honest here – how many games will be so familiar to you that you’ll honestly say you’ve experienced them before? Not many, I’d wager. Some might borrow ideas from other games only to repackage them in their own unique way. Others have art styles that we’ve not seen before. Still, others represent cultures other than the dominant “American western culture” that is so foundational to the blockbuster themes and aesthetics. Whatever that difference is, it’s a creative difference. And the whole point of the arts is, after all, to celebrate creativity. These games come across as a breath of fresh air – and I’ve seen many people comment to that effect – not just because they’re “wholesome” and positive in tone, but also because they actively push back against the foundation – the idea pushed from on top that a game needs to be rooted in violence.

None of this is to say that violence should be a taboo subject for video game developers – or any other artists, for that matter. Violence isn’t healthy, but it is a deep, fundamental part of humanity and our cultures, and it is the responsibility for artists to explore that. However, when it is explored in an artwork, violence should hit us with something powerful and resonant, to make us think and, ideally, be brought out of our comfort zone a little. Perhaps developers could try exploring violence without making it the foundation that everything else is built on. Because when that happens, there is a desensitising process that the player goes through – it becomes mundane – and when that happens, even if the developer had the best of intentions to show players a brutal and unforgiving world, all the player sees is a new gameplay obstacle. 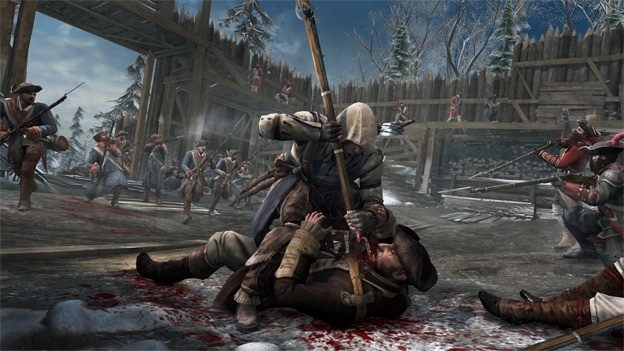 I’ll finish by making an easy comparison that, separated from how mundane violence is, most people will understand; look at how we expect developers to handle sex in games. Most of us understand that a developer can depict sex, or talk about sex within their work. Most of us understand that it’s an important discussion topic for the arts to explore. But what happens when you fill your work with nothing but sex, and make everything in your art keep circling back to the subject of sex? Well, most people would argue that you’ve crossed the line into pornography at that point. Have a think about the artistic credibility and creativity that the overwhelming bulk of pornography exhibits the next time that you play a video game that only gives you a moment to breathe before throwing you into yet another wave of violence. Then consider whether big budget video games are any better as works of art as a result.