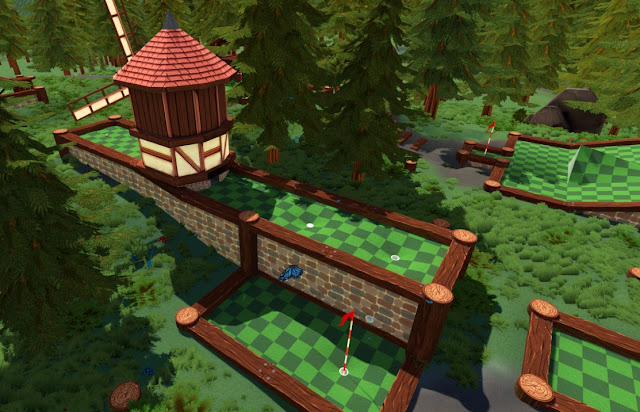 I’m going to go out on a very controversial limb here and say that minigolf is so much better than actual golf. Minigolf focuses in on the part of the golfing experience that is actually enjoyable – i.e. putting a ball in a hole – while cutting out the stuff that isn’t so fun – like losing your ball in the field next to the golf course because you mishit it that badly. Also, minigolf is an easier way to play with friends, and the silly little obstacles make for a more chill entertainment activity than a sport, as such. The good news is that Golf With Your Friends is a workable version of minigolf. The bad news is that it lacks much personality.

For one thing, there’s no avatar representing yourself on the screen. There’s only ever the ball. You line it up in the direction that you want to hit it, and go through the motions of selecting the power that you’ll swing. Then the ball travels off in whatever direction and, you hope, ends up closer to the hole.

The problem with doing this is that Golf With Your Friends struggles mightily to exhibit much character when you’re playing solo. Environments are fine (and there’s a good range of them), and the actual design of the holes are filled with clever twists and obstacles. But it still comes across as very clinical and dry. 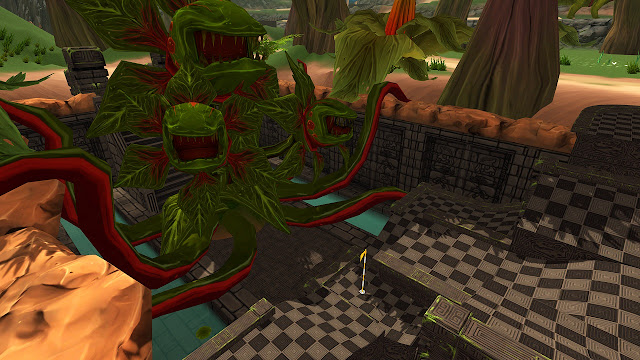 Now at this point you’ll likely argue “but the point of Golf With Your Friends is the multiplayer! After all, you can play with up to 12 people in a single game!” This is indeed true. Golf With Friends does get a lot better in multiplayer, and not least because you suddenly get all these items to use that can really mess with your friend’s score. There’s real joy in snatching victory by throwing down some honey and ruining your buddy’s perfectly directed putt. It’s very… Mario Kart, for want of a better comparison, and just like with Mario Kart, it’s all very, very funny. But then Mario Kart is also intensely enjoyable when you’re on the train or on a plane (once COVID-19 restrictions lift, anyway), and stuck playing without the Internet, and that’s because it has characters and personality. Golf With Friends feels far too much like a putting simulator by yourself.

The developers have done a magnificent job with the play variety, though. I already mentioned the courses, but to go into some more detail with those – you have everything from the relatively standard themed forest, haunted house, and desert oasis courses, right through to wildly silly stuff like Candyland and even Worms – as in Team17’s iconic strategy game. That Worms course even has Worms items like jetpacks to help zip your ball around a hole. It’s a real highlight. And then there’s the ability to replace holes with hockey nets and basketball hoops, just to keep the party going even longer. There are also plenty of modifiers to customise your experience completely to your taste – almost too many for what is meant to be an accessible pick-up-and-play party game.

That actually leads to my next point: Golf With Your Friends is actually pretty limited in terms of just how much fun it is in multiplayer, too. It doesn’t really work with randoms. Waiting for the matchmaking to find you someone to play immediately kills the party mood, and it’s just not as much fun to honey-splat ruin a random’s score as it is a mate’s. To again compare with Mario Kart, too; Mario Kart works online with randoms because, as much as it’s an item-fueled party game, it also has a competitive edge. Winning a game of Golf With Your Friends doesn’t have the same resonance or sensation that you’ve got there on skill, and as such the best application of the game is exceedingly narrow – you want to be able to get at least a half dozen friends together to play over beers and chips (and not decide to just play Smash Bros or Mario Kart instead). 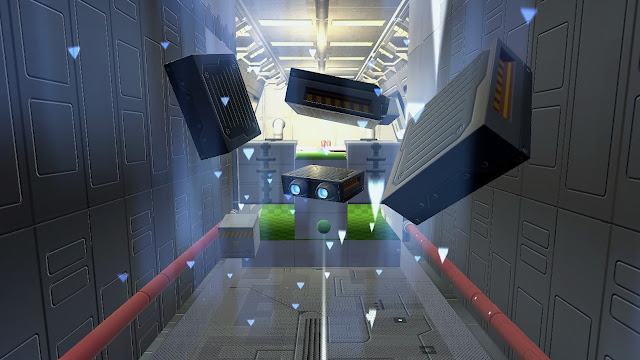 I’m actually disappointed that I didn’t like Golf With Your Friends more. I enjoy party games, I enjoy minigolf, and I do think that the fundamentals of good minigolf are in there. However, it’s worth remembering that right back at the start with the Nintendo Switch Zen Studios released Infinite Minigolf – a minigolf game with character avatars, personality AND the ability to create and share courses, giving it much greater value as a single-player experience. It doesn’t have the ability to provide the kind of wildly entertaining large party experience of Golf With Your Friends, though, so I guess the question then becomes which of the two scenarios will more likely describe how you’re playing games most of the time?