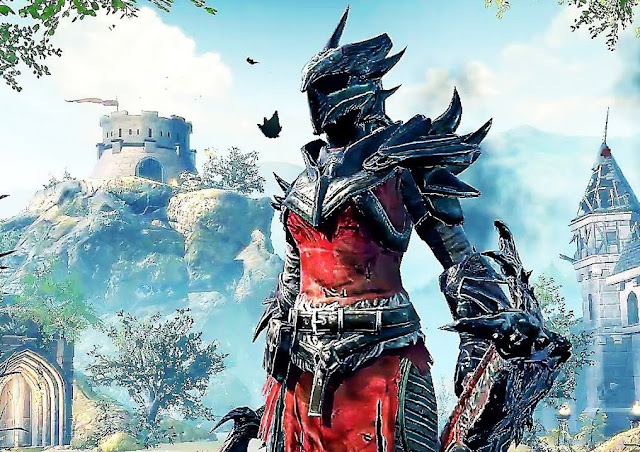 I know I’m late to the party with this one, but The Elder Scrolls: Blades has just released on Nintendo Switch, and as I had not played the mobile release previously, this is all new to me. Usually, I avoid reviewing free-to-play games, as the “purchase advice” side of game criticism isn’t really relevant when the thing is free to access. However, Blades is so utterly vile in what it represents to the artistry of games, and the way that developers and publishers think about their art, that I just have to talk about it. I’m not amused. No, worse, I’m insulted. Blades is the perfect example of why the focus of content that people in this industry have is so utterly destructive to what is meant to be an art form. Even certain pundits that dislike Blade actively support its existence with their obsession with using the word “content” to frame their thoughts around games and that, right there, is the biggest problem this medium faces of all.

Related reading: Play Skyrim instead. Yes, you need to actually pay for it, but it’s also actually worth it. You get what you pay for and all that. Our review of the original release way back on PC.

The Elder Scrolls: Blades has a lot of content. An endless amount of it, really. You start off in a city that has been completely razed by an evil force, and your job is to complete missions to help citizens get back on their feet, as well as collecting the resources that you need to rebuild all the city buildings that were destroyed. What this translates to is an endless grind, replaying levels over and over again to try and track down the specific resources you need for this building or that. You’ll also hit a wall in terms of both difficulty and resources quickly and that grinding progress will slow to a crawl. That is because the developers wanted to tempt you into shelling out real money for fake resources to accelerate the rebuilding. However, that’s not the root problem here. Even if Bethesda removed the microtransactions, and allowed progress to move at a reasonable rate without microtransactions, Blades is a conceptually and intellectually nothing more than trashware.

The Elder Scrolls is beloved for its epic scope and sense of freedom. I remember playing Morrowind (my first Elder Scrolls) for the first time and being so utterly mesmerised by all the small things I could do in the very first village that I ended up spending a dozen hours in that tiny corner of the game’s world alone. I remember being amazed that I could then either hoof it on foot to the next city, passing any number of small wonders and distractions along the way that would amount to lengthy quests in other games, or take a transport to get me to my next destination instantly. Either way, once I got to that next city (itself only mid-sized by Morrowind’s standards) I realised just how much more there was to do. And I could play nasty or good if I wanted to. I could destroy a town or save it. I could ally with the “bad guys.” I could live a virtual hermit’s life and simply explore for remote dungeons to delve. 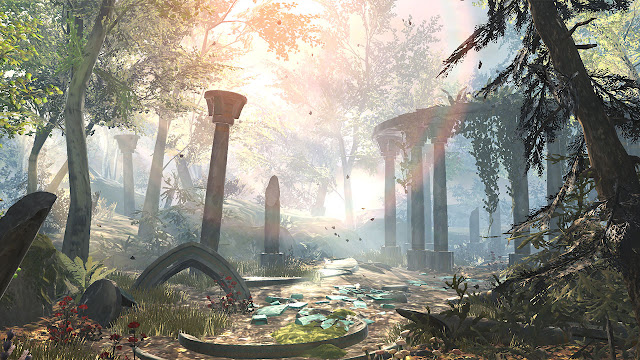 And I could collect entire libraries of books, filled with so much lore and storytelling that I could spend hours just reading those stories and becoming immersed in the very world of The Elder Scrolls. That was important, too. If I didn’t feel like making direct progress through the game during a play session, there were ways that I could enjoy simply chilling in the world that I was becoming increasingly invested in.

Blades has none of the Elder Scrolls heritage, whatsoever. The base city that you occupy is small, and you arrive at dungeons through a menu, with no journey involved. While the world does have a vague visual similarity to those Elder Scrolls games that I have loved over the years, there’s no sense of lore or worldbuilding. Dungeons are monotonous and arbitrary paths that you need to follow (with the occasional arbitrary secret along the way). Your ability to interact with the world’s denizens is really limited to the most reductionist, minimalist conversation trees (usually it’s just a case of “do this favour for me”). The books, massive libraries, and all-important downtime are all overlooked, because all of those elements would pull you away from the little gameplay loops that are easily monetised.

Not that the action is any better, even if that is the narrow loop you’re forced into. Getting good equipment is, of course, a grind, rather than a reward for being the intrepid explorer as it is in other Elder Scrolls titles. The skill trees and character customisation is of course, deeply paired down from what the “premium” Elder Scrolls games offer, and combat is a joke. It’s little more than a series of little QTEs where you respond to your opponent’s attacks with some kind of deflection and parry. Sometimes you might want to use a particular weapon that has an advantage over that enemy… or you just grind a bit more before the enemy become a cakewalk. There’s no depth to any of the bitterly few systems that are in Blades, and within the first couple of “quests,” you’ll be playing on a mental auto-pilot. 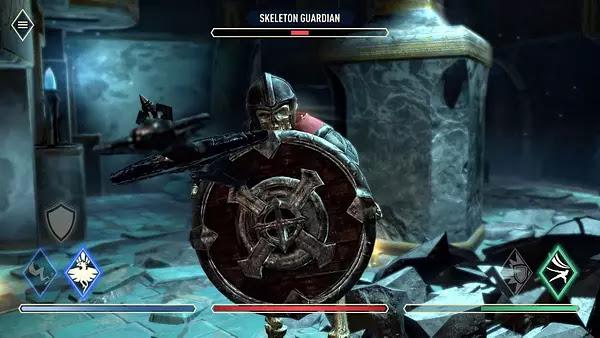 Bethesda did not care one whit about Elder Scrolls when making this game. Bethesda cynically thought that as long as the development team work deliver a superficial visual similarity, it would be enough to justify calling the content “Elder Scrolls.” What’s more, it suggests that Bethesda has so little respect for the intelligence of its players that they adopted the attitude that as long as “the price is right” (i.e. free) for the content (i.e. “unlimited”) players would be happy with it as an entry into Elder Scrolls. Sadly – and this offends me more than the game itself, I think – it looks like Bethesda guessed right. Blades has been a success and while there have been plenty of negative user reviews, most of those have been complaining about the aggressive monetisation – i.e. the “free” content wasn’t “free” enough. On the other hand, there are plenty of positive reviews. The game currently has a 3.8/5 rating on the Google App store, and a 4.4/5 on the Apple App Store. Any time that you feel like a developer or publisher has compromised artistic credibility of their game for the sake of making money, just understand that they do that because that’s exactly what the consumer wants. Blades being a terrible game is on the players every bit as much as it’s on Bethesda.

This game is a creatively broken, anti-intellectual insult. Bethesda spat in our faces and, because saliva is a kind of “content,” figured that it could monetise it. Sadly, the success that Blades has seen on mobile – and will no doubt translate to success on the Switch as well – just goes to show that when it comes down to it, consumers actually like being spat on, because it means that they are getting content.

Destroy All Humans! remake gets another very silly trailer