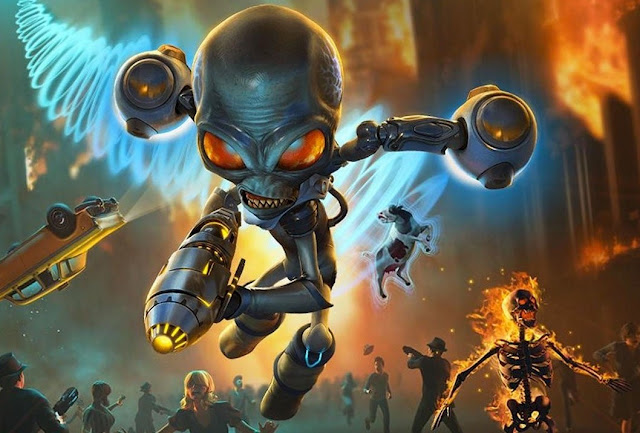 Destroy All Humans! remake is coming to PlayStation 4, Xbox One and PC (via Steam) on July 28, marking the return of a hugely popular comedy gold series that has been on hiatus for far too long. Based on the trailer, though, people who enjoyed the original series, low-brow as it was, will get a real kick out of this one.

This trailer shows off the opening chapter of the game, Turnipseed Farm, and highlights all the hijinks that you’ll be getting up to (as well as the poor cows that you’ll be doing all kinds of terrible things with).

Don’t expect this to be game of the year stuff… and if anything it’s slightly weird seeing such high-quality production values on a game from a series so resolutely B-grade, but it does look like the developer, Black Forest Games, has gone all out to deliver something special here.