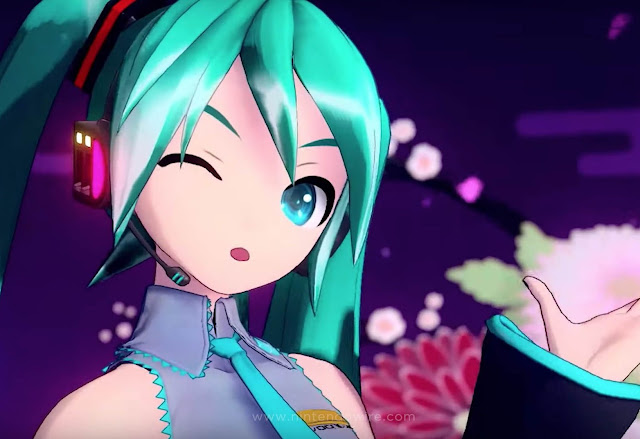 We jumped the shark a little with this one, but like I wasn’t going to import a Hatsune Miku game the moment it released in Japan. And like I wasn’t going to review it the moment after I imported it. I love this game, and it’s now my second most played game on the Nintendo Switch of my entire library. Now that the review embargo has lifted for the rest of the world, I figured I’d point you to my original review, just so you didn’t think I had somehow missed reviewing it. 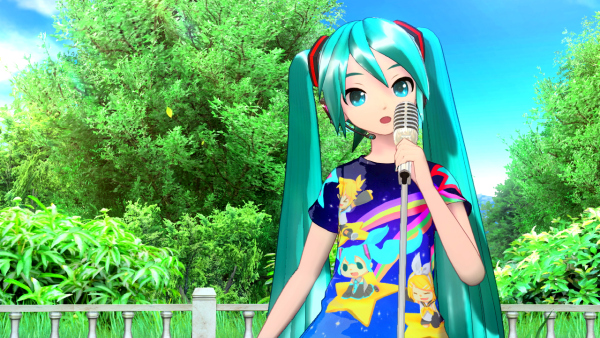 I love Hatsune Miku. I know that’s stating the obvious, and anyone reading DigitallyDownloaded.net knows just how much I really, really love Hatsune Miku, but as far as I’m concerned, a Miku game really has been the one missing gap in the Nintendo Switch’s otherwise stellar library. This console has given me some much of just about everything I like: JRPGs, rhythm games, narrative-driven art things, right through to games that exist almost exclusively to provide fan service. I’d never complain about what is there. But until now it has lacked that all-important Miku experience. Thankfully the wait has been worth it. Hatsune Miku Project Diva Mega39 is exactly what I wanted on my Switch.

In basic terms, Mega39 is Project Diva Future Tone from the PlayStation 4, with about half the tracklist, but with the addition of a new visual engine for rendering Miku and the other vocaloids, and one or two tiny additional features, such as the option to play with motion controls and a t-shirt decorating mode where you can create basic decors for the characters to wear in-game. There’s a fair amount to unpack there, so to run through those in reverse order:

The Switch-specific features don’t mean that much, truth be told. The motion controls work, but the basic button inputs are better and, having spent (well) over 1,000 hours playing Miku games now, playing any other way feels deeply counter-intuitive. I’m sure that there are a couple of newer players that will end up preferring the motion controls, but they’re more a gimmick than a valuable edition to the property. The T-shirt creator is far too fiddly and simplistic to produce anything but silliest of scrawls, without spending an awful lot of time and patience in there. It’s a bit of fun to play with briefly, but no t-shirt design you come up with is going to replace your favourite costume from the dozens upon dozens that you can play dress up with.

In the end, Mega 39 does one, very special thing: it takes the incredible Hatsune Miku Project Diva Future Tone, and makes it portable. You can bellyache all you like about a relatively thin tracklist, but “relatively thin” to the ridiculous bloat of Future Tone isn’t really a fault. Not when what is in the pack is still more than any other rhythm game on the Switch, and with the optional DLC to come. Most importantly of all, however, is that Mega39 is a celebration of the world’s greatest digital idol, and a digital celebrity I truly care a great deal about. As such, it fills a major gap in something that I’ve wanted on my Switch since the day it released. I am now fully on board with the Nintendo Switch being the greatest console ever. 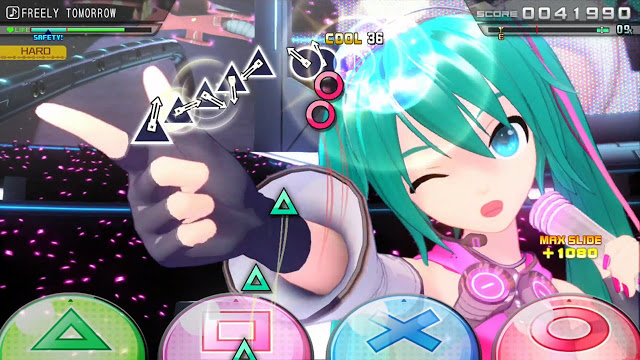 You can read the entire review (and it is a very long one… about 3,000 words. I couldn’t help myself) here.

Since writing that review there have been six packs of DLC release, each adding six songs and more costumes to play around with. They’ve added significantly to the overall value of the game, raising it even higher in my esteem – yes, the overall package didn’t end up coming cheap, but this is the best Miku game in terms of visual render and it’s a full-quality Miku game that is portable, so the price hasn’t been a concern to me.

Additionally, though I haven’t had a chance to try it out just yet, there are now touch controls implemented, which go with the standard buttons and motion controls to give players plenty of different options to play.

Who knows where Miku goes from here, since the foundations of this Switch release were the existing games and it’s been a while since SEGA has tried something truly new with her? Fingers crossed they find something new though, because SEGA has been, on balance, good for Miku, and I’d like to think Miku has been good for SEGA. This Switch release certainly sold well at launch in Japan, and I hope to see it find an audience in the west, too.

So go purchase it! You won’t regret it.

Nintendo Switch gets a Japan-only Hanafuda game, and it’s the perfect import

Nintendo announces a new Paper Mario with an imminent release