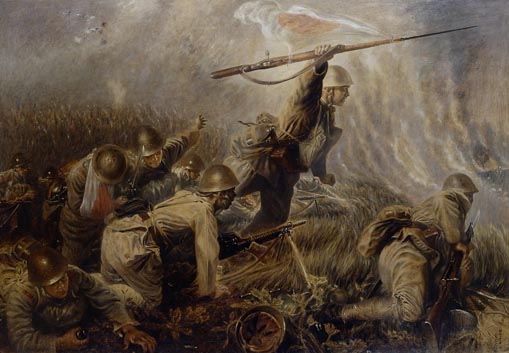 A recent article on Kotaku had me thinking about the way that video games depict war again, and I realised that I haven’t actually done a video where I consolidate all my thoughts into how war is treated as a subject yet. And so now I’ve done that video.

Basically, video game developers handle war terribly and, whether it is their intention to or not, act as propaganda as a result. Having seen first hand how war propaganda looked in Japan during World War 2, I do find it a little chilling that so much of the industry so readily accepts military shooters (in particular) that share the exact same aesthetics and thematic intent as those paintings.

Hopefully this video encourages you to have a think on the issue a little. I’m looking forward to hearing your thoughts out the other end.