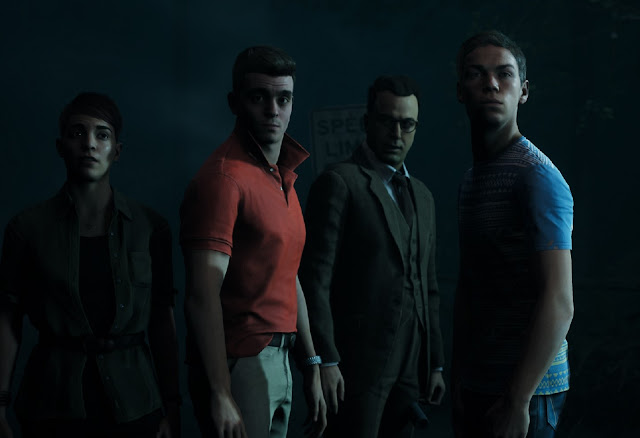 We’re getting closer to the release of Little Hope, the second in the Dark Pictures horror anthology by Supermassive Games (the first being Man of Medan). To get people good and excited, Supermassive Games has released a trailer for the new game, as well as some new details to go with it.

In Little Hope, abandoned and all alone, four college students and their professor are trapped by a mysterious fog in the isolated eponym town. They search desperately for a means of escape whilst visions from the town’s occult-steeped past haunt them from the shadows. In order to stay alive, they must uncover the mysteries behind these relentlessly-pursuing dark apparitions before evil forces drag each of their souls to hell!

Players can take the role of each of the five protagonists of this brand-new cast, one of them being represented by Will Poulter. Like the first game, Man of Medan, Little Hope is designed to be replayable with multiple storylines, paths and endings. Each decision will matter and can have repercussions on who survives or meets their demise!

The Curator, the omniscient figure voiced by Pip Torrens which overarches the series, will be back to witness the progress of players, giving them an occasional “hint” if they wish so. The Shared Story mode and the Movie Night mode, allowing multiple players to share their story online or offline, will also return as game modes, alongside the standard Theatrical Cut and the Curator’s Cut. The latter will be available earlier as a pre-order bonus.

My biggest concern with the Dark Pictures anthology as a concept was whether it would be a genuine anthology, or just a series of sequels that all played like one another. Ideally an anthology should explore different ideas, and here I was looking for it to explore a number of different kinds of horror. Man of Medan was an effective set-up as a ghost ship story, and Little Hope at least has a different setting. However, I’m still not sold on the idea that it’s taking on a different kind of horror – tonally it seems to be very similar to Man of Medan. That will still be very enjoyable, because Man of Medan is a lot of fun, but “anthology” was the big selling point to the series and I’m just not sure about that, just yet.

Anyhow, the game releases in summer (for those in the northern hemisphere, winter for those of us in the south).

Sakura Wars: SEGA is on to a winner

Video games do a terrible job of depicting war