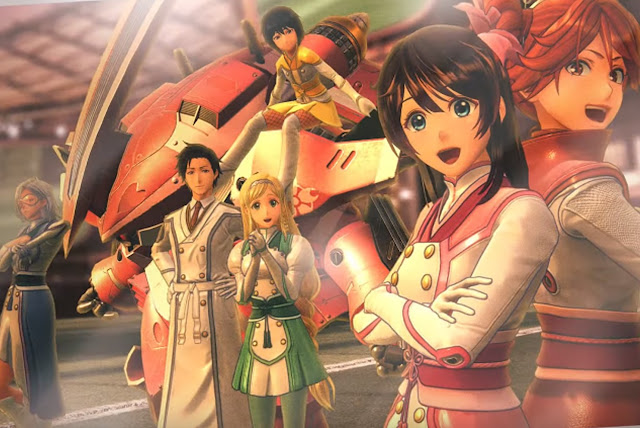 I had no idea what to expect from Sakura Wars. When only one title in the series had been previously localised into English (and even then, as far as I know, not released in Australia), I had not previously had the opportunity to gain exposure to it. But this new one is being fashioned as a “reboot” of sorts for the series, and SEGA apparently decided to see how it would fly in western markets. I’m still in early stages with the game, but so far I’m very glad that SEGA took the punt.

To look at the screenshots, you might be forgiven for thinking that Sakura Wars is some kind of JRPG, but it’s quickly evident that it’s not that at all. It has some action sequences that behave a little like Koei Tecmo’s Musou Warriors (i.e. you-versus-large-hordes-of-squishy-enemies), but that’s secondary to the point: this is a narrative-driven dating game. You’ve got a harem of different women to get to know, interact with, help through their fears and challenges and, at the other end, find a romantic partner from. As with any other dating simulator, this comes with its fair share of moments where you can behave like a complete pervert (and how I have been doing so), but for all those… “anime” moments, Sakura Wars has immediately interesting characters and a stunning narrative backdrop to get to know them.

You need to help the girls become a world-leading revue theatre troop, see. Set in Japan’s Taisho era, where western-style theatre performances were all the rage, you’re introduced to a group that are the talk of the town… for all the wrong reasons. As well-meaning as they all are, they’re talentless, and will trip over themselves and knock down the entire set in their performances, turning them into an unintentional comedy act, and one with a dwindling audience. Your main job is to find a way to restore prestige to the troupe, and win a theatre performance competition before the entire troupe is shut down. 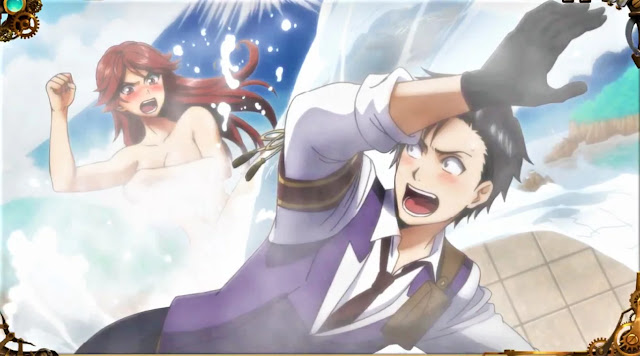 That backdrop allows you to then get to know each character and help her deal with her insecurities. Sakura Wars adopts an episodic, chapter-like approach just as you would see in an anime, and these chapters are both lengthy and full of enjoyable interactions. Moving through the story isn’t overly open – you have the ability to roam around the theatre where the troupe is based and the surrounding suburbs of Tokyo, but there’s not much to do with that freedom. For the most part you’ll simply follow the minimap to the big “!” that indicates that an event there will push the narrative on (or optional side-discussions will give you a moment’s comic relief or a brief bit of additional world building). Unlike most visual novels or “walking simulators”, Sakura Wars feels very interactive thanks to the frequency in which you’ll be called on to make dialogue decisions, but at this early stage it is set on a very linear path.

For all of the above, the combat, when it happens, is good stuff. As mentioned above it plays a little like a Warriors game, where you’ll be stringing together weak and strong strikes, before finally unleashing a super attack when your character’s energy meter has built up, and each character has their own combat style to master. There’s also a dodge button, which is particularly important against bosses, because successfully dodging an attack at the right time gives you a few seconds of free swinging, as we’ve seen in the likes of Bayonetta. So far the combat hasn’t been too challenging, though you do need to use each of your character’s strengths well. For example, you’ll need to take control of the ranged character to take down airborne traps, because they’re almost impossible to deal with with anyone else. You’ll also need to swap between these characters regularly, because that AI is just not up to the task.

My favourite part of Sakura Wars at this early stage, however, is the Taisho-era theme. Taisho was a short era, lasing from 1912 to 1926, but it represented a time of prosperity, where Japan was going through rapid modernisation and a rare moment of domestic peace between civil wars and World War 2. It was an era where the Japanese enthusiastically adopted western art and culture, and film, theatre, music and the general arts thrived. It was a time where fashion trod the most delightful balance between the west and modernity and more traditional garments like yukata and kimono, and generally speaking it was a time that Japanese history will remember fondly, particularly since it was sandwiched between periods of horror, warfare and poverty. 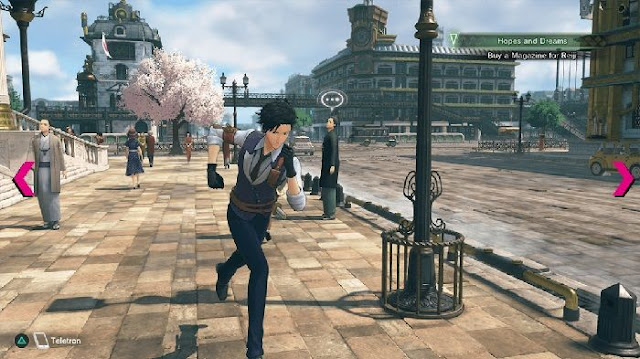 That nostalgia that the Japanese have for the Taisho era also makes for a very romantic setting, which is perfect for a game in which romance is a very key part of the experience. Sakura Wars is gorgeous. Not necessarily because it features the technical brilliance of a Final Fantasy VII Remake (it obviously doesn’t), but because the aesthetic is so consistently tuned towards a glamorised version of what Taisho represented. It doesn’t work as a record of history, but it does represent something of what that era means to the Japanese mentality and history books, and it’s such a vibrant and rich setting that it’s a delight to inhabit and weave stories within.

Sakura Wars is shaping up really well. I’ve got a long ways to go with this game, but the opening chapters are strong, distinctive, and a wonderful mix of character-driven storytelling, vibrant anime aesthetics, and a lighthearted and tongue-in-cheek approach to fan service. This is one to watch, and I’m certainly glad that SEGA has taken the risk of localising it after such a long history of success in its homeland.

Review: In Other Waters (Nintendo Switch)

Sakura Wars: SEGA is on to a winner