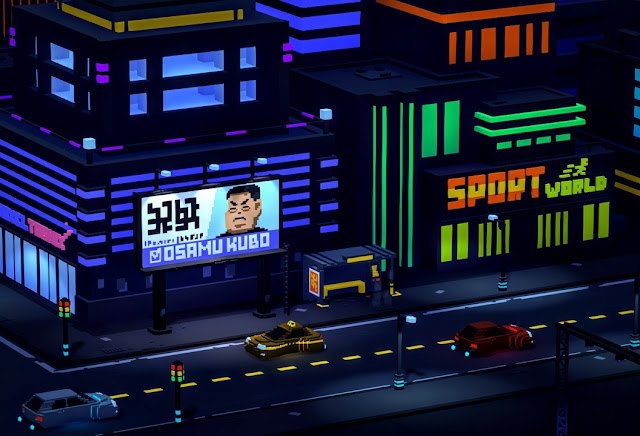 Some indie developers take advantage of the small overheads, budgets, and team sizes that they operate with to deliver games that are creative and different. Liberated from the need to shift the kind of numbers that cause blockbuster publishers to homogenise everything they do, indies can focus on their personal passions. Many do. Sadly, there are also indies that simply produce games that are, to be blunt, nothing. Make War is an example of the latter.

Make War almost has an intriguing premise; you play as a race of aliens that decides to meddle in wars throughout human history, from the battles of the ancient Romans through to World War 2 and modern conflicts. It’s let down by there being absolutely no narrative context and just about every bit of text in the game is delivered via a very broken variation of English, but such is the strength of the premise that it still manages to remain almost intriguing. If I described that premise to you you’d immediately conjure up mental images of sinister beings manipulating the course of war from behind the scenes, for reasons only known to them. Perhaps these aliens did something to ensure that an ambush was discovered, or a critical supply train never got to its destination. You’d be thinking of a kind of puzzle game for the highest stakes of all. And perhaps you’d even be able to choose which side you manipulate in favour of, causing the rest of history to cascade following your decisions. What a great way to highlight the kind of impact that even a small manipulation of a battlefield could have on the course of history itself. Chaos theory. I love it.

What you actually get in Make War is a silly little puzzle game where you need to drop aliens and traps on a field of battle so that they can complete a number of pointless, arbitrary objectives (kill XXXX number of enemies with YYYY resource) before the mindlessly charging hordes on one side or the other wipe your forces out. This approach has all the subtlety and nuance of the cheapest kind of mobile game, and there’s never any real consequence to any of what you’re doing, thanks to a lack of narrative or even connectedness between the levels. The game makes a big assumption that you’re going to be happy to play it because, in complete isolation, its systems are fun. The problem is that the assumption is really misguided, and I had very little interest in what I was doing. 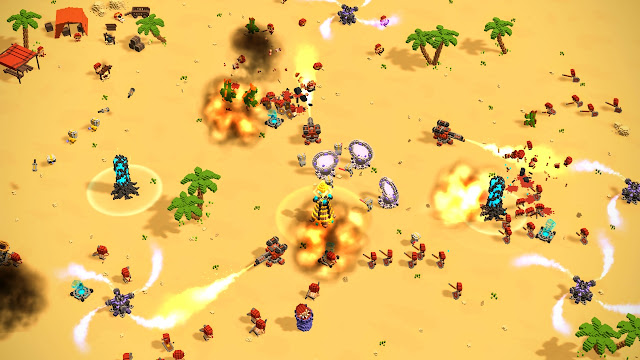 There’s no AI to deal with, so any time you fail at a mission you just need to do something differently the next time around to see if the very arbitrary rules that dictate Make War’s systems will let you win on that attempt. Success is almost entirely down to the placement of your units and abilities, but there’s so little scope to actually learn intricacies and master the strategy and tactics of doing so, as there’s almost no data nor information to build tactics out of. Trial and error will see you through every time, and that’s all you’ll end up doing.

It doesn’t help that the game is a technical mess on Switch. Originally a release on PC, the developers have done nothing to optimise it for console, meaning that you’re going to be using the thumb stick as though it’s a mouse-and-cursor. The “cursor” is so sticky and clumsy however that any attempt at fine control is impossible. That doesn’t necessarily matter to the game because there’s no precision to it, but I was looking to replace my boredom for the systems by making pretty patterns out of my units and traps, and I was denied even that by this game. It’s not pleasant to look at either, thanks to an ugly “3D pixel” aesthetic that makes it difficult to tell one side from another, beyond their colour. If the developers really wanted to achieve the “war has never been this much fun” shtick of a Cannon Fodder, they needed to find a way to push a lot more creative personality into the characters.

Being so critical of indie games never makes me feel good. There’s just no hiding when you’re an indie – games like Make War are crafted by a tiny team of developers and it’s always deeply personal to everyone involved. And yet, when you think about all the masterful, creative, deeply artistic indie games that have been crafted by equally small numbers of people – Papers, Please, Tokyo Dark, Untitled Goose Game, Mini Metro, Undertale, and so many more – it’s so hard to resolve Make War. There’s the genesis of a good idea in there, but the execution is so far beyond uninspired that there’s simply nothing that can redeem it.

Desperados III has a release date!