House House was extremely blunt when announcing it would pay at least 1% of its income Indigenous groups as part of the Pay the Rent movement.

Our videogames are made on stolen Wurundjeri land. We at House House will be paying at least 1% of our income to Indigenous groups, in perpetuity, as part of the Pay the Rent movement. We’d encourage others to do the same:https://t.co/lMTNdOvTsS

To begin, it will donate to the Wurundjeri Tribe Council, Warriors of Aboriginal Resistance, and Seed (an Indigenous youth network).

House House is the developer behind the infamous Untitled Goose Game, currently available on PC, Nintendo Switch, PlayStation 4, and Xbox One. In his review of the title, our Editor-in-Chief Matt S. writes, “Untitled Goose Game is the most charmingly misanthropic game that has ever been created.”

The Phantom Thieves are back in P5 Royal

A new character, Kasumi, will be joining the familiar Phantom Thieves in a new heist when Persona 5 Royal launches for PlayStation 4 on March 31. Here’s a new trailer:

Special editions have also been announced. All digital pre-orders will come with a bonus theme. There are three options: the base game, the Ultimate Edition, and the Deluxe Edition. The Ultimate Edition includes the game, all DLC bundles, and 6 costume packs. The Deluxe Edition includes the game and the Kasumi Costume bundle. Physically, there will be a Launch Edition available, which includes a limited edition case and a PS4 theme code.

Four pieces of DLC will be available for Persona 5 Royal: the Kasumi costume bundle, the Battle bundle, the Persona bundle, and the DLC bundle.

First chapter of indie title Look Inside is available now

From French developer Unexpected comes Look Inside, an episodic game where a 16-year-old girl finds a book summarizing her family members for the past 70 years. Manon will dive into scenes from their daily lives while constructing her family tree. The first episode is available now via Steam. 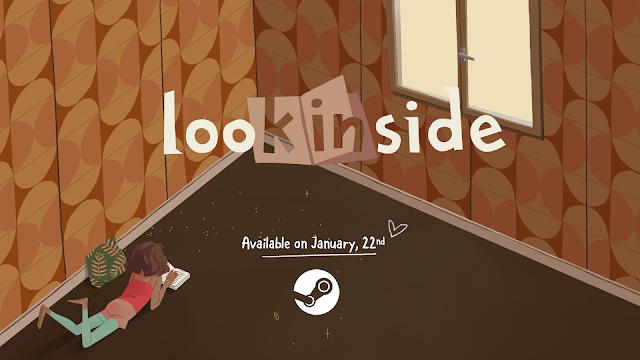 The game is meant to provide a peaceful experience. There’s no harsh mystery or investigation, it’s all about well-being and nostalgia. It sounds like such a lovely change of pace from the violent, fast-action games that seemingly get most of the media’s attention these days.

Lauriane Aveline, producer, states through a press release: “We wanted to talk about what we know so well and so badly at the same time: our own family. We took a kindly look at our loved ones and their stories. I think we have created characters with whom it is possible to identify or identify people around [her].”

Developed by Giga and originally announced for PC last March, Aonatsu Line is set to come to PlayStation 4 and PS Vita (yay!) on April 23 in Japan. 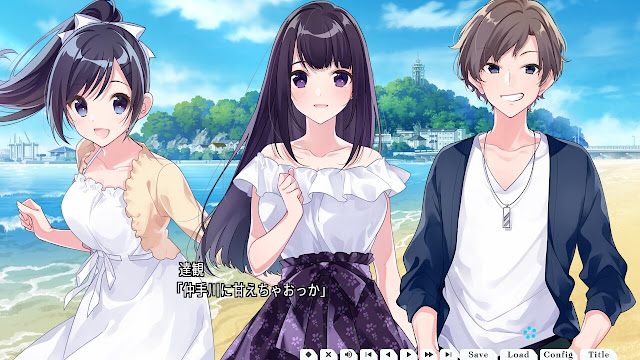 The regular edition will sell for 7,480 yen; a limited edition will cost 12,100 yen and include a tapestry, soundtrack, keychain, and autograph cards.

Summer vacation is fast approaching, and Tatsumi and his friends speak every talk about how to spend those long, hot days. They befriend two more students, and this new group plan for a bittersweet summer vacation that surely only happens once in a lifetime.

Patreon essay: On the Yakuza series and its relationship to the cinema of the 60’s