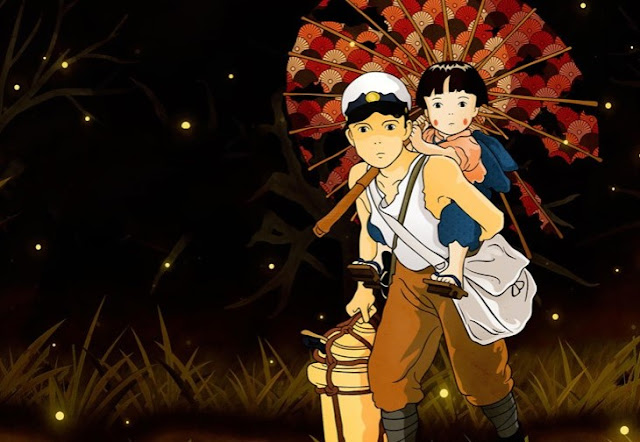 Yesterday brought some great news; a selection of Studio Ghibli films would be coming to Australia (and most of the rest of the world) on Netflix. In total, 21 classic animated films will be coming across three “waves” – seven per month over three months. These titles include favourites such as Totoro and The Castle in the Sky, the Academy Award-winning Spirited Away, and more modern hits including Arrietty, The Tale of The Princess Kaguya, and When Marnie Was There. You can find the full list of films here.

Related reading: The five Studio Ghibli films that you should start with, if you’re new to Japan’s greatest animation house

I don’t want to take away from this news. It’s 21 truly great films, and if you’ve not watched any of them, you need to make it up to yourself. But – and it’s a big “but” – there is one glaring omission. The list of 21 films does not include Grave of the Fireflies, and its absence says a great deal about Netflix and its content strategy.

Grave of the Fireflies is the kind of film you only ever want to watch once. It’s a truly painful (but intensely powerful) anti-war film about two siblings that desperately try to survive the end of World War 2. Given that it’s set in Japan, you can imagine how that goes. It’s anything but fun to watch, but watching it is the kind of evocative experience that is of great artistic importance. So, while it’s not fun to watch, it’s incredibly important that you do so.

Now, Netflix’s 21 films does not cover the entire catalogue of Ghibli, but Grave of the Fireflies is the only truly high profile film from the animation house that’s not on there. Of course, Netflix hasn’t qualified why it’s left this film off the catalogue, however, while Ghibli films do often deal with difficult topics, the one difference between all them, and Grave of the Fireflies, is that Fireflies is the only one specifically designed to leave you feeling deflated and reflective. It’s quite clearly the theme and tone of that film that has had it overlooked by Netflix’s content managers.

Indeed, when you look at the broader Netflix catalogue, you’ll notice something: Netflix is happy to produce and publish adult material. The Witcher, for one example is both bloody and full of boobs. House of Cards is labyrinthine in the way it looks at politics to the point that anyone not of voting age would surely be confounded by it. The Netflix Marvel shows are all quite adult in nature too. They hit dark themes, have far more visceral violence than the movie series, and there’s even a bit of sex in there, where the Marvel films don’t go much further than skintight costumes.

But that “adult content” is superficial and thrown in for easy points with critics and consumers. Films like Grave of the Fireflies are adult for entirely different, and more potent reasons. Fireflies challenges the audience to think. It demands empathy and introspection. It’s nuanced and not easy to watch. And, when you look at Netflix’s catalogue, there’s actually very little in there that genuinely challenges audiences. For some particularly potent examples: Alejandro Amenábar’s The Sea Inside (themes of assisted suicide), Gespar Noé’s Irreversible (rape), Kinji Fukasaku’s Battle Royale and Walter Salles’ The Motorcycle Diaries (political themes), Lolita (either the Lyne or Kubrik versions)… and indeed, as far as I can tell, none of Kubrick’s films are on there. The foreign films that are on the Netflix service tend to be the safe action or horror films, and aside from the more mainstream “challenging” Hollywood films, such as Se7en, there isn’t much of an appetite from Netflix in exploring American transgressive cinema either.

Netflix is well within its rights to determine its programming, of course, but the issue here is that as streaming services become the default way in which people access film, having services like Netflix only discourages people from exploring anything that exists outside of Netflix. When you’re getting dozens of hours of content per week through your Netflix subscription, and dozens more through your Disney account, just how much time and interest are you going to have to reach beyond the algorithmic-determined “recommended for you” lists on these services?

The reality is, not very. And, even if you were inclined to want to watch more artistic films, were are you going to get them? You’re truly lucky if you live within driving distance of a DVD store these days, and while you could possibly go shopping online for them… are you really going to wait however long it takes for a retailer to mail a DVD out? Again, the reality is that the convenience of Netflix, with its safe, unchallenging content, is going to draw you away. When you’ve got access to 21 Ghibli films on Netflix, are you really going to want to go find film #22 on DVD instead?

As far as introducing people to new films, the open platform of the DVD was a far better proposition. Yes the filmmakers needed to find a distributor and print the discs, so there was still limitations in terms of what films would be made and accessible, but the DVD player manufacturers weren’t limiting what you could watch. You’d go into a DVD store, perhaps spot something you hadn’t heard of before. You’d research it or read reviews and, if it seemed interesting, you’d give it a spin. Dozens of different publishers produced DVDs, meaning the DVD shop was less of a curated selection than a free-for-all, and as a result, the niche, challenging, offensive, and transgressive could sit next to the mainstream and safe.

I discovered so many films I would never have seen thanks to DVD. Films from around the world. Films that I would never have watched on streaming services because, across all of them, those films aren’t available in Australia. Curation has its role, streaming is convenient, and Netflix has every right to do what it does, but Netflix, I would argue, has a vested interest in ensuring that no customer sees something that truly offends or challenges them. It’s okay to shock them in a very entertaining way (mainstream horror films, or stuff like Se7en), but something that could truly upset someone – like Grave of the Fireflies – could never have a role in Netflix’s library.

The reality is that Netflix isn’t there for the art. It’s a content company, and it’s hard to look at its success and suggest that it’s not good at what it does. The problem is that there is no viable arts alternative, and in leading the charge in cannibalising the DVD industry, Netflix has actually made it harder for art cinema to get made, distributed, and watched. It breaks my heart to think that one of the truest Ghibli masterpieces of all has just been, for all intents and purposes buried and banished to fading memory, and I’ll bet almost anything that it has happened because, in Netflix’s eyes, art cinema doesn’t make for great content… and indeed is a risk. An upset person might lead to an unsubscription.

There’s a flood of otome coming to Switch, courtesy of Aksys…