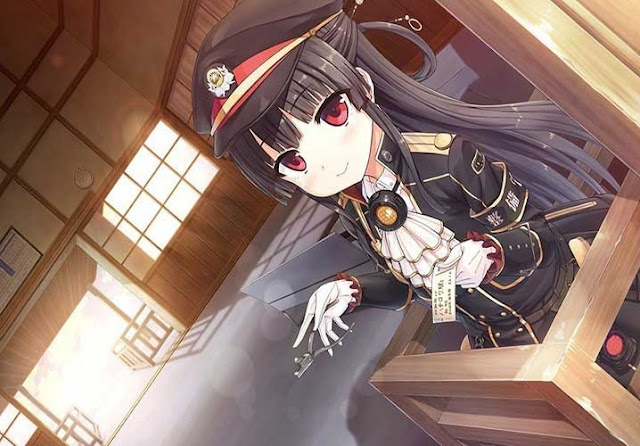 Maitetsu is another one of those formerly R18+ eroge visual novels that has “gone legitimate” for console releases, removing the explicit sex scenes, while retaining a less explicit approach to fan service and, otherwise, all the narrative elements. We’ve seen with the likes of Nekopara and If My Heart Had Wings that this approach can work. Indeed, I’d quite happily argue that those games are actually strengthened from a thematic perspective without the R18+ stuff.

Maitetsu, however, even without the sex scenes, and with just the fan service, is still going to make a lot of people uncomfortable. Unnecessarily so, which I’ll get to later in the review. Maitetsu features lolis, you see. They’re explained away as “dolls” – mechanical creations, really. Not all of the characters are these lolis, of course, and there’s still plenty of oppai and sister complex stuff to go with it too. But, nonetheless, there are childlike little “people” that play a prominent role in Maitetsu, and they’re not spared the fan service. It’s impossible to play this game and not think that you need a particularly high level of tolerance for some of the less pleasant anime tropes to enjoy it.

To back up here a moment, though: Meitetsu actually has a very worthy story under the hood, and it is very enjoyable if you have that tolerance level. It kicks off with the protagonist coming home to a remote part of Japan, to try and put a stop to the construction of a massive factory in his home town. He comes from a family of sake brewers, but traveled to Tokyo to study and so on. The alternate reality Japan depicted through the story is one in which personalised, high-tech vehicles can fly, and have such advanced AI that they’re self-navigating. This has benefits – there are no more traffic jams or car accidents – but the process for creating these machines is destructive, and the factory that our hero is campaigning to stop would be dedicated to producing them. 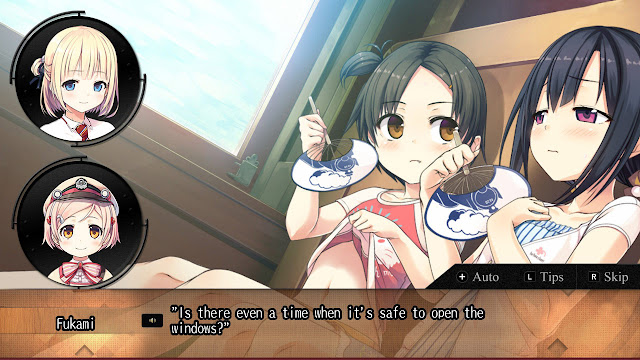 Once home he reunites with his family, and is immediately thrown into their dramas. He also discovers his grandfathers’s Raillord – one of the aforementioned loli characters. Raillords are embodiment of trains, and are in fact responsible for running the trains in this world. Unfortunately, because everyone is enjoying the convenience of flying around in personal airplanes, there’s not much of a need for trains any more, and that industry is in sharp decline.

Japan’s once-glorious train network is so close to becoming decrepit. Unprofitable and poorly-maintained, there’s a real sadness that comes from the way the game describes the state of the trains and, of course, the hero sets about not only stopping the factory, but leveraging the train network to provide the local area an alternative to the jobs and money the factory would have created.

There are so many parallels here to what’s going on in the real world. There’s a parallel to the real-world Japanese train network. With a declining population and rural areas becoming depopulated, rural Japan is struggling to keep its train lines operational, and are turning to some truly wonderful ideas to make the train experience a tourism attraction and event into itself, and thus encourage people to use it, and even visit the local areas. This game’s story captures that sentiment beautifully. 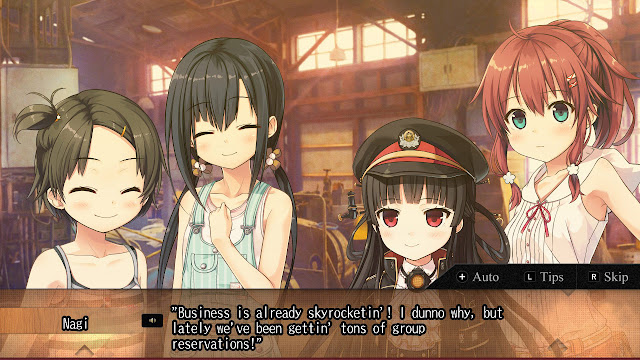 More broadly, it’s relevant to the increasingly questionable role of technology in our lives. Humanity has hit the point that the endless “innovations” and consumerism is, simply, unsustainable. New factories and mines bring jobs to an area, but cause damage to the traditional industries and intrinsic value of that area. And for what? These days it’s incremental gains to our lifestyle, at best. Maitetsu captures that tension within it, and really encourages you to sympathise with that which the new factories displace (i.e. the trains and sake factories). At the same time, it’s not making a blindly ideological argument – Maitetsu also recognises that progress is progress, and regardless of the impact that it has, technology and innovation will be used.

Maitetsu makes all of this discourse with a wordiness that is almost painstaking. The script indulges an almost academically deep understanding of train systems and terminology, and makes sure that you walk away from the game with a far greater understanding of trains than you had going in. This approach slows the pacing of the story right down, but the passion for the subject matter on display is admirable. Unfortunately the translation isn’t perfect, with some minor spelling and grammar errors here and there, but for such a dense text, it’s still very easy to follow.

Maitetsu is also features a truly gorgeous art style. Backgrounds are subtle and painterly, calling to mind a romanticised image of rural Japan. Each character is also nicely detailed and animated, and the frequency of key art scenes and range of characters make it clear that this was a visual novel that was most assuredly not produced on a thin budget. It’s quite deluxe. 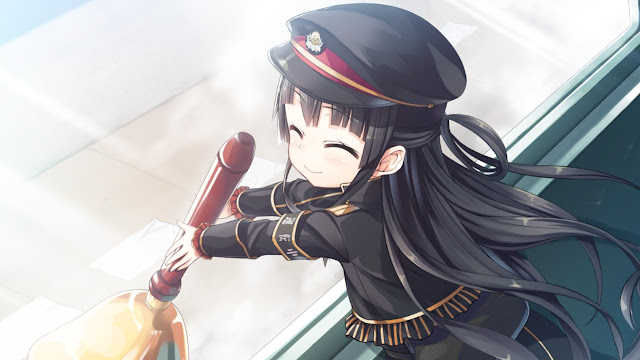 So why, on earth, would the developers throw in these characters that will make so many players genuinely uncomfortable? It would be one thing if being uncomfortable was essential to the thematic core of the game. Saya No Uta’s Saya absolutely had to be a Lolita-like girl in the context of the story that was being told. Dolls or mechanical creations don’t need to resemble children. Death Mark has a very adult-like doll character. Plenty of other games have characters that personify trains, planes, cars or battleships without needing to go the loli route. At a stretch you could argue that Maitetsu’s characters represent a naivete through commitment to tradition, or perhaps demonstrate the protagonist’s coming of age and his acceptance of responsibility… but there are so many other ways to represent that.

It’s unfortunate because I’d love for as many people to discover this game as possible. Fan service aside, it’s a beautiful little story, heartfelt and generally well told. It’s supported by particularly good production values and a crash course in train terminology that will help you come away with all the more respect for how trains work and are managed. It’s such a lovely game for the most part. But then there’s a scene where the protagonist is groping at the “doll’s” body. Or another scene where the “doll” is groping a clearly phallic symbol, and when those scenes kick in, Maitetsu undermines all the great work it otherwise does. If you are part of the niche that can handle that side of things though… there really so much merit to the rest of the story that this visual novel tells.