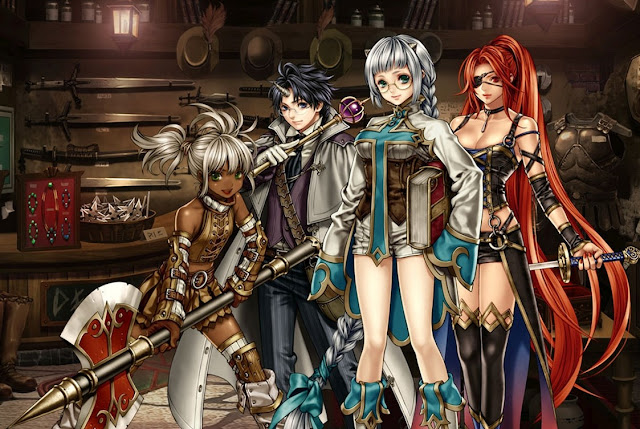 Wizardry is the elder dungeon crawler. The first one, developed by Sir-Tech, came out way back in 1981. It’s older than I am, and there aren’t many properties that are still around and in active development that can claim that.. For context: Final Fantasy 1 was 1987, Dragons Quest 1 was 1986, and Might & Magic 1 was also 1986. The first Elder Scrolls – Arena – was 1994, the first Ultima was 1981, and the first Dungeons & Dragons game – which wasn’t even a RPG but rather a clone of Nintendo’s Game & Watch LCD line by Mattel – was 1981. The D & D RPGs wouldn’t start coming until around 1986. Wizardry was not the first video game RPG of all time, but the only one older than it with any claim to modern fame would be Rogue, and that’s only because every indie developer these days is obsessed with making “roguelike” a selling point on their press release.

Related reading: If you’re keen on checking out more Wizardry, the original Wizardry 6, 7 and 8 are also available on Steam. Our review.

The point here is that Wizardry has had a long history, and has even survived a move across developers and continents. Sir-Tech went belly-up after the release of Wizardry 8, as the series had lost its appeal to the western audience. However, Japan loved the series and it has lived on over there since, though rarely have those games been localised into English (fun fact: I use the Wizardry Game Boy games as a handy way to practice my Japanese, given the simplicity of the text, and how much I love Wizardry).

That brings us to Wizardry: Labyrinth of Lost Souls. It’s not a new game itself, and was available on console as far back as 2012 on the PlayStation 3, but it is one of the few Japanese Wizardry titles to get an English release and now, thanks to XSEED, it’s also available for easy access on PC. On the one hand I am very happy that Wizardry is still alive, kicking, and getting a renewed push in the west. On the other hand, I would be gravely remiss if I didn’t mention that this game is not for dungeon crawler newbies. It is not accessible in the slightest. 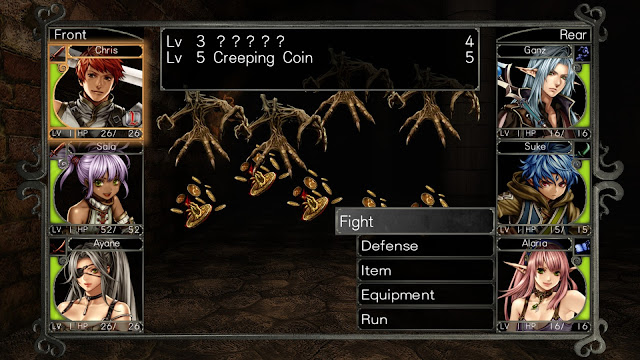 Putting aside the complete lack of hand-holding (the “tutorial” such as it is, is a beginner’s quest that can be quite deadly if you don’t know what you’re doing), Wizardry: Labyrinth of Lost Souls is archaic from end-to-end. There’s very little by way of narrative and people who are newer to the dungeon crawler and enjoyed the spectacular storytelling of the likes of Mary Skelter and Persona Q will find that alienating from the outset. There’s also little to do outside of the dungeon crawling. Your “base” is a simple, menu-driven town with the most basic of facilities to spend money on healing and equipping your team.

Then you’ll get into the dungeons to discover two things: firstly, this is a game about inch-by-inch progress. Labyrinth of Lost Souls does stop short of requiring grid paper… though again, speaking to how little hand-holding there is in this game, I didn’t realise that there were in-game maps for the longest time, and actually ended up drawing my own maps for more than a few hours. Early-era dungeon crawlers did not include a mapping system, and the labyrinths were complex enough that players really did need to buy themselves a book of grid paper and methodically map every step they took on their adventure. Otherwise you were guaranteed to get lost. For fans of early-era dungeon crawlers this is a deeply nostalgic, integral part of the Wizardry experience, which is why I missed the ability to buy maps of the early dungeon levels that was buried in the town shop menu. I didn’t actually mind, even after I realised my error. I have a box of books back in my parent’s home that includes the grid books I mapped most of the early Wizardry titles on. It’s that same nostalgia that Etrian Odyssey on the 3DS so effectively turned into a gameplay mechanic by getting players to map progress on the touch screen. For newer players, however, asking them to play with a book of physical grid paper in front of them would have been a bit much.

Whether you (inadvertently or otherwise) go old school with the mapping, or rely on the in-game maps, Wizardry: Labyrinth of Lost Souls lives and dies by them, and you’ll be referring to them constantly. This has the effect of slowing the pace of exploration right down, and therein comes the inch-by-inch gameplay. There will be times where you’ll only fill in one or two squares of the map before needing to beat a hasty retreat, but those one or two squares is where the sense of progress comes from, and they feel good. The overly methodical pacing of Wizardry will put a lot of people off, I suspect. But I love it. 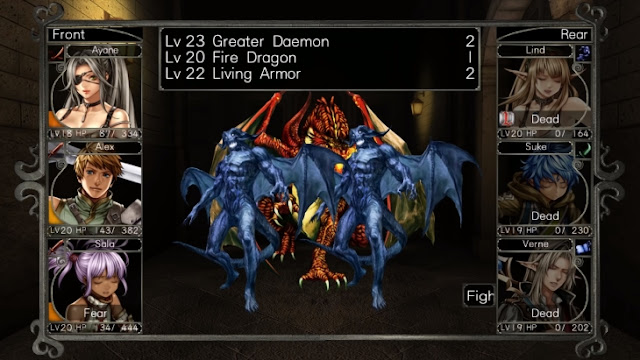 The second thing that is immediately obvious is that Wizardry; Labyrinth of Lost Souls is rigoriously difficult. Random encounters occur frequently, and the hordes of enemies that attack are large. As with most older RPGs, combat is a war of attrition – each individual enemy will pose little challenge to a well-leveled party on any given dungeon floor, but each horde will chip away a little health, and force you to use a little of your team’s magic, every time. You’ll constantly be measuring how deep you’ve gone into a dungeon, and constantly be making a retreat back to town when you realise that, with the encounter rate being what it is, you’ll be running on fumes by the time you actually get to the exit.

If all of this sounds like a grind, then… yes. That’s exactly what it is. Wizardry: Labyrinth of Lost Souls is a grind. It’s a glorious test of patience against the reward of progress, getting just that little bit deeper into the dungeon every time, and finally finishing that quest. It’s a process where the alienating, dank, dripping dungeons slowly become familiar with experience, and then you’ll even stop relying on those maps that you’ve so meticulously drawn. There’s something so uncomplicated and refreshing about how Wizardry does its thing that it’s charming.

Aesthetically it’s quite gorgeous, too. Character portraits are lovely, and while the dungeons are all made with a rudimentary 3D engine, they are atmospheric. The featureless nature of them actually helps force players to concentrate on the maps, too. It’s so easy to get lost when one winding corridor looks the same as the next, and that is the point – overtly so – of why the visual side of things was designed in that way. Enemy monsters are the one area where Wizardry shows that it’s eight years old. The enemy sprites are fine, in that they’re nicely detailed and there’s a good variety of them, but in comparison to what we’ve seen with the likes of Demon Gaze and, again, Mary Skelter, they’re a little bit fuzzy and primitive. On the other hand, that will actually help elevate the game for its target niche, I suspect – Wizardry fans could easily go right back to the very original and enjoy it, visuals and all. Looking a bit archaic will help this one out too. 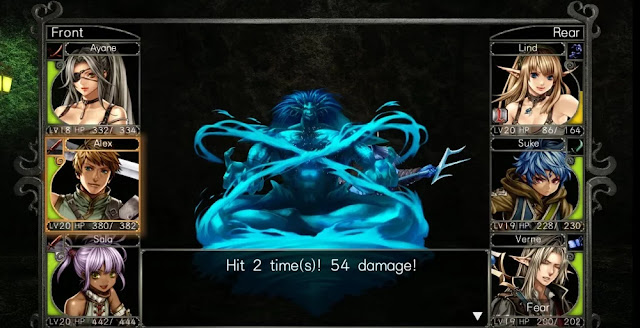 The greatest joy of all with Wizardry is in the party construction. You have limited control over the development of individual characters, but with the ability to choose from over a half dozen classes, multiple races, and six character slots to fill, there’s a lot of mix/matching that you can indulge in, and Wizardry fans have always enjoyed challenging themselves with unusual character combinations. Clear the game using a party of wizards? Sure, give it a go, and good luck with that. As mentioned, there’s no hand-holding anywhere in Wizardry, and that includes character and party construction, so you’ll just have to trial and error your way to a group that you find enjoyable to use.

If you’re under any illusions about whether Wizardry: Labyrinth of Lost Souls is for a general video game audience, don’t be. It’s not. It’s not even for general RPG fans. Hell. If you enjoy modern dungeon crawlers you’re still going to need to be adventurous to get a kick out of this one. On the other hand, the developers of this Wizardry respected the game’s heritage, understood the audience for this kind of game, and the uncompromising commitment to delivering for that audience is admirable. Especially for oldies like me that grew up playing these games. The trip down memory lane that Wizardry: Labyrinth of Lost Souls provided has been a delight.