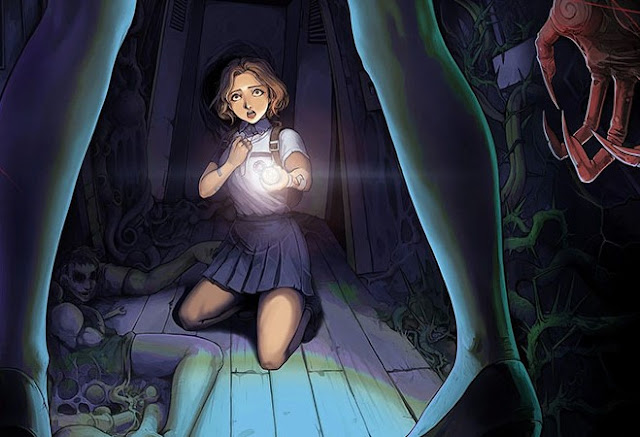 The Coma was a 2D, sidescrolling stalker horror game that had a strong premise, but ultimately failed to back that up in a substantive way. The good news is that it sold well enough for the developers to take a second crack at it, and The Coma 2: Vicious Sisters, which has been getting rave reviews on Steam Early Access, moves to full release on January 28.

One again, it’s a game set in a Korean school, where students are over-worked and over-stressed. Ripe material for nightmares, and that is exactly what will happen. You’ll need to explore the school and surrounding suburb to pick through the mysteries of why things have gone to hell in a handbasket, all the while avoiding some rather monstrous things that are out to get you.

People who have been participating in the Early Access process will want to know that game saves will be wiped as the game moves into full release, and in compensation they can look forward to new narrative threads and (of course) shocks that were not present through the early access process. There’s still value in participating in Early Access if you’re late to the party – buy the game now and you’ll get a digital art book and soundtrack at full release.


The last Coma did get a wide release on console, too. No word just yet on how that will play out with the sequel, but it would be really surprising if it didn’t happen this year.

Here’s a new trailer for that Resident Evil 3 remake