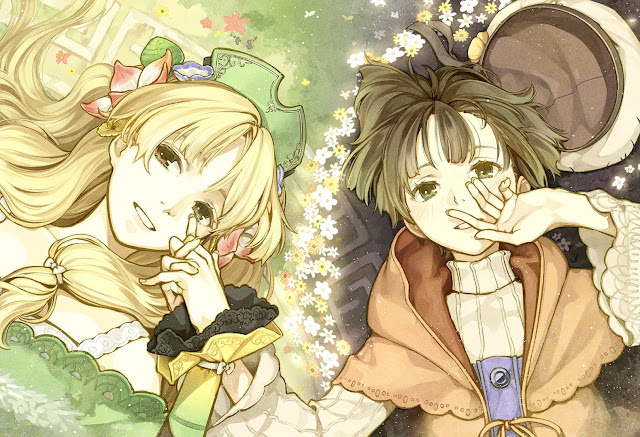 I’ve already reviewed each of the three titles in the Atelier Dusk series. In fact, in some cases I’ve reviewed them twice. Given that the PlayStation and Nintendo Switch ports of these titles are by the book, and don’t add anything to any of the titles, a third standard review would be redundant, so I thought instead that I would use this new release as an excuse to look back at the trilogy and how I look at them now, versus when they were new and shiny.

Related reading: The Atelier Arland trilogy – Dusk’s predecessor – is also available as a triple-pack. My review of that series on Switch/PS4

In general, if you haven’t played this trilogy yet, you absolutely should, and you should make sure you play them in order, because while they are stand-alone, there’s also a nice overarching continuity to the series. The Atelier Arland trilogy, which immediately preceded Dusk, was my first experience with Gust’s long-running property, and so when Ayesha – the first of the Dusk titles – landed, I was a bit taken aback. The bright, humourous silliness that so characterised the Arland series and protagonists had made way for a more muted aesthetic and tone. The characters, while still bright and charming (and still getting themselves into a fair share of nonsense), came across as more subtle and nuanced.

There was a reason for that. Development of this series came after the nightmare tsunami that caused such devastation in northern Japan, and left the country in something of a nihilistic mindset for a while. Many years ago, when these games were new, I talked to the game’s director about it, and he confirmed that the team was deeply influenced by this event, and wanted to explore the idea of community in the face of devastation, because Japanese communities are strong in the face of natural disasters and do tend to be very community minded – it’s rare indeed for looting to become a problem in the wake of disaster in Japan, in contrast to what tends to happe here in Australia or in nations like America. 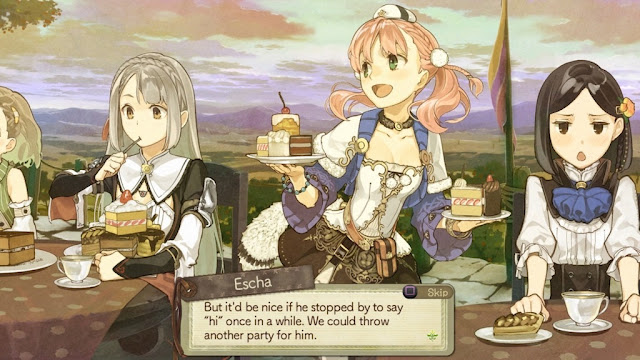 And so, the communities of the Atelier Dusk series face a creeping apocalypse – the Dusk – which is slowly consuming the planet and rendering it as a wasteland. Water is scarce and communities survive on the edges of the sand itself. Though these are quite old games now I won’t go into the underlying causes of the devastation for the sake of those who haven’t played the trilogy yet, but that’s almost a secondary concern. The real story in this series is how those communities band together, and work together, to make the most of their lot in life. Everyone works hard and, importantly, everyone wants to work hard.

When I think back to the Dusk series, and in playing through these games again, that’s the thing that stands out the most to me. It’s rare in the video game industry that an apocalyptic scenario is accompanied with a sense of community bonding and good will. Usually apocalypses go the other way, as survivors band together into small groups and turn bandit, chasing one another over the blasted landscapes for the few remaining resources. That’s what Fallout, Rage, The Last Of Us, Day’s Gone, and any other number of western-developed video game apocalypse scenarios play out. Rarely is this scenario accompanied by a sense of hope and community. Atelier Dusk is different, and that difference is something I continue to appreciate, a half decade after playing one for the first time.

Now, going through each title in the trilogy: 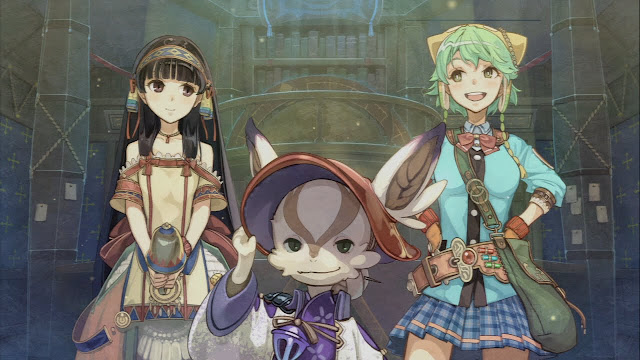 I don’t think many people think about Ayesha at all any more. In the context of the overall series she rarely rates a mention, and I include myself in that. When I reflect on the overall Atelier series, I don’t often find myself remembering Ayesha as a high point.

Playing it again now, I do think I understand why, though it’s a bit unfortunate to the game’s strengths: Ayesha just doesn’t have the memorable moments that the other games in the Atelier series tend to. Dusk itself was a new world just being introduced, and none of the characters that would return in future Atelier titles had really hit their stride yet.

It’s unfortunate, because Ayesha’s strength is the protagonist herself. Not the narrative beats, and not the supplemental characters. This game tells a deeply personal story of one girl on a quest to learn what happened to her sister, presumed dead (but apparently not). Sadly, Ayesha isn’t a protagonist with presence, and therefore the overall game lacks something larger-than-life to fill the proverbial screen. Instead, Ayesha is just… sweet. She’s oh-so-sweet, and her coming of age story – a subtext to virtually every Atelier title – is subtle and nuanced and so very charming. Atelier Ayesha is best played in the context of the other two titles, because it really acts as an introduction to them, but it’s also a game that deserves better than to be as overlooked as it has been. Also, on a completely superficial note, Ayesha’s got the best swimsuit DLC of all the Atelier series. It’s gorgeous. 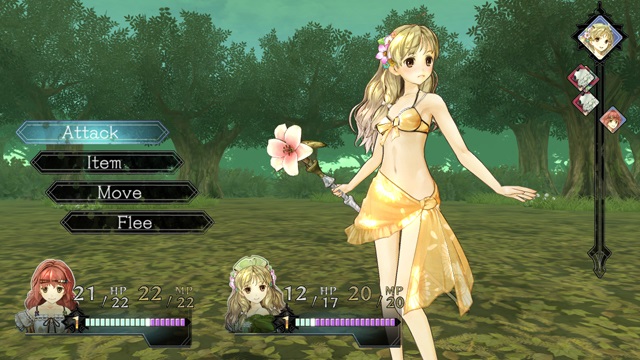 Of the Dusk series, Escha & Logy is probably the most fondly remembered, and with really good reason – it’s not just a top-tier Atelier title, but a top-tier effort within the JRPG genre itself. Gust got so much right with this one, from the pacing and gameplay design, to the characterisation, through to the art and settings. Everything that felt muted or too subtle for its own good in Ayesha was polished to a fine sheen with Escha & Logy, and prior to last year’s Atelier Ryza coming along, this was the Atelier that I generally recommended to newer players to give them a sense of the overall series.

The dynamic of having two protagonists helped, too. I don’t care much for Logy. He’s a guy, after all, and I like this series for the girls, but he provides a solid dramatic bounce for Escha, and Escha is an absolute delight of a character. Perhaps its the twintails thing. Or the ability to dress her in a wedding dress (I jest – she’s just a great character). Having that permanent companion helped the development team bring out a deeper sense of personality in both, than relying on characters that flit in and out of cut-scenes, and Escha & Logy have different enough personalities that they work so very well together.

It’s worth noting that the narrative and characterisation of Escha & Logy was so strong that it was actually turned into an anime as well. That puts it in the same leagues as the likes of Persona, Caligula Effect, and Fate, as a video game that had a rich enough narrative to turn directly into a multi-media property. You should play Atelier Ayesha in the leadup to Escha & Logy, but if there’s one game that really makes the entire Dusk series shine, it’s this one. 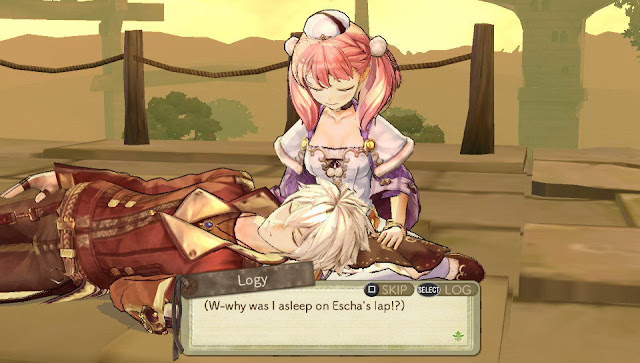 Though the name of the game suggests that with the third entry of the Atelier series Gust went back to a single protagonist, that’s not the case: Atelier Shallie instead stars two, different, Shallies. One is a princess from a faraway town, and the other is a local tomboy. They both end up working as alchemists for the same town council, and it is almost like they were fated to be a team.

Shallie introduced some key innovations in terms of the camera and gameplay that, primitive as they were in this game itself, gave us an indication of where Atelier would go in subsequent years. It also brought many of the mysteries of the world to a close, and gives players closure in a way that neither subsequent nor previous Atelier trilogies have quite managed to. Arland needed to be revisited last year with a fourth title, Atelier Lulua, because people weren’t quite done with it. I don’t think Dusk needs a revisit, and that’s a good thing, because Shallie is such a lovely conclusion.

My only issue with Shallie is that, years later, I realise that I don’t care so much about the stories of either Shallie. Favourites in this series are all highly personal, of course, but I just didn’t connect as much to these two. Perhaps its because the writing did shift a bit to focus more on the world and the urgency of its decrepit state with this last chapter. Whatever the reason, I loved both Ayesha and Escha enough to spend stupid amounts of money for the high-quality scale figures that accompany each Atelier release. I was comfortable letting both Shallie figures slide. 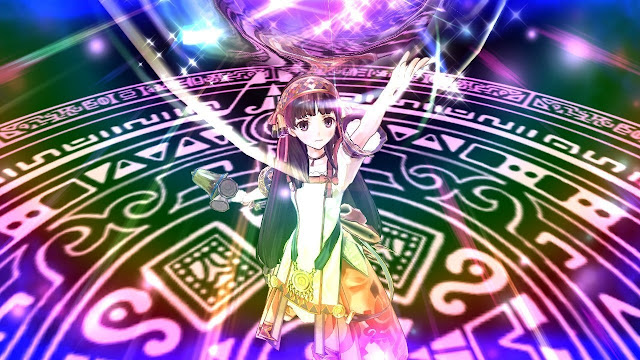 On the PlayStation 4 and Nintendo Switch, this trilogy is showing its age. Where the Arland series has the ridiculously bright and colourful visuals to hide the technical limitations under heavy aesthetic abstraction, here, the more muted palettes make small things like the stiff animation more clear. That being said, the aesthetics and characters designs are still universally beautiful and the games are a visual delight for it.

As you’d expect, you get all the DLC (mostly costumes) that have come to previous releases of each of the three titles. There’s nothing new there, as such, but there’s already enough, and the Atelier series is a very replayable one with or without extra content. This is my third “new” release for each of the three games and I didn’t mind the opportunity to play through all three again one whit.

Where the Arland series introduced me to Atelier, it was the Dusk series that really solidified in my mind that it really had become my favourite JRPG property. By the end of Shallie I was six titles in and knew I would play anything else that came out of Gust the second it landed. If you’re one of those that is new to Atelier (and thanks to Ryza I know that there are a lot of you out there), then here’s your chance to catch up on three of the most distinctive and interesting JRPGs of the PlayStation 3 era.

Patreon Essay: On Final Fantasy X and its relationship to Gothic literature

Video: Atelier Dusk Trilogy: Why I love these games so much