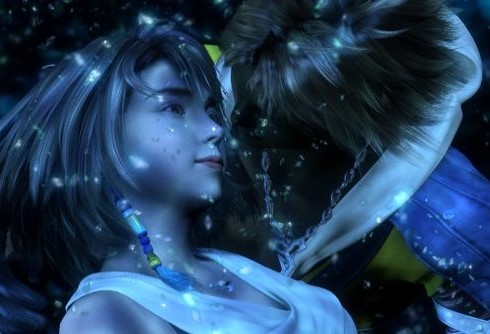 Final Fantasy X turns 19 years old this year. Over that time it has been frequently re-released – originally exclusive to the PlayStation 2, you can now play it on your PlayStation 3, 4, Vita, Nintendo Switch, PC, and probably a few other platforms I’ve forgotten about. It’s one of those ubiquitous JRPGs that even casual fans of the genre have some kind of experience with, and to go with that, there have been many, many articles written about the game. From reviews and criticism through to philosophical essays, there has been plenty to unpack with regards to a narrative and experience that is often surprisingly dense and intelligent.

Related reading: For some more general thoughts on Final Fantasy X, here’s another article, available on the DDNet site.

I’m going to discuss an angle that, to the best of my knowledge, hasn’t been explored with regards to Final Fantasy X. I’m going to discuss it as a work in the Gothic tradition. Final Fantasy X is obviously not gothic horror (though there’s more than a bit of nuance to that, which I’ll get to). We often associate the word “Gothic” with vampires and the undead, but the truth is that the genre is more complex than that and thematically, Final Fantasy X shares more than a passing association with that literary tradition.

The true core of the Gothic is not the blood-suckers and lightning-powered monsters, risen from the dead. Rather, that’s a manifestation of a core concept called the sublime. A useful summary of what the sublime represents can be found here, but the key quote in relation to this piece is:

“Gothic literature is a combination of horror fiction and Romantic thought; Romantic thought encompasses awe toward nature. Essentially, Romanticism is a reaction against the Enlightenment, a time that revolutionized scientific thought, and emphasizes emotional response and intuition over clinical knowledge. Romantic literature elicits personal pleasure from natural beauty, and Gothic fiction takes this aesthetic reaction and subverts it by creating delight and confusion from terror. This use of terror is called the sublime, which is an important tool in these narratives. Examples of Gothic literature range from dark romances to supernatural mysteries.”

To read the whole essay, please back me on Patreon. Just the minimum of $1/month gets you access to all these essays, in their entirety!
Share this