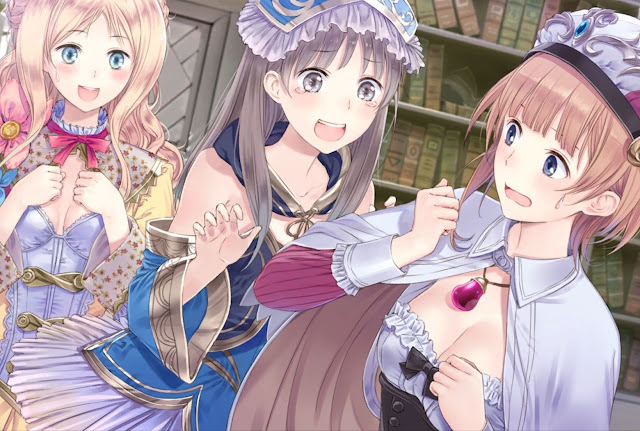 I’ve already reviewed the Atelier Arland trilogy multiple times. For each game in the series. Rather than do yet another review, when I’ve really run out of things to say, I thought I’d instead write generally on why I love this particular trilogy so much, even in the context of the broader Atelier franchise (which everyone knows how much I love already).

Before the original release of Atelier Rorona on PlayStation 3, I had no idea that this series existed. Prior to being acquired by Koei Tecmo, which rapidly scaled localisation and distribution efforts with the Atelier series, the developer, Gust, was a tiny little purveyor of ultra-niche JRPGs. That meant that as far as the Australian market was concerned, that meant no visibility not shelf space. Remember the days where there wasn’t digital distribution, so the only games that had a hope of getting a release were those that could sell a pretty significant minimum order at retail? Things are so much better now, you young ‘uns have no idea.

I discovered Atelier Rorona because I came across the IGN review of it. I have no idea how I discovered it, as I’ve never been a regular reader of IGN, and this was back in 2010, well before social media, or even DigitallyDownloaded.net. I wasn’t following the news that closely, and had no idea what an “Atelier Rorona” was when I clicked on over to the article. However I got there, though, I read a pretty scathing criticism. The opening paragraph, for example, was: 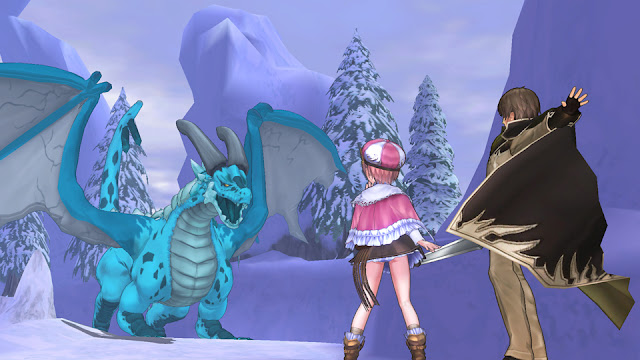 I love an inappropriate, flirtatious RPG starring underage girls with huge racks as much as the next guy. Generally, though, I want them to have a solid game to entertain me between the weirdness. NISA’s newest RPG, Atelier Rorona: The Alchemist of Arland has all the bouncy physics, red zone comments, and “shy” girls that wear bras for shirts, but is missing that part where the game is compelling and fun (here’s the rest of the review, if you care to read it).

Related reading: My review of the Atelier Totori on the PlayStation Vita

I went and bought a copy the next day. The rest of the review compared the game to the likes of Harvest Moon, and being a massive Harvest Moon fan, that was a solid selling point. I was also curious to see if the game could possibly be as bad as the first paragraph described, and I’ve always been interested in art that can offend; for context I went and chased down a copy of Manhunt after it the original MA15+ rating was re-reviewed and the game was banned locally. I studied theatre of transgression at university and went to illegal screenings of films that had been banned as well. The taboo fascinates me.

Atelier Rorona became the moment that I realised that this industry really does have an oversensitivity about anime. Atelier Rorona isn’t creepy or sleazy, as that review’s opening paragraph suggested. It was charming and light hearted and overtly, explicitly, positive in tone. These games are bright and happy. They get a little silly at times, and certainly they have a sense of humour that is Japanese to the point that there would be some cultural clashes with boundaries in the west, but they’re never there to titillate or arouse. Atelier Rorona was the precise opposite of what IGN’s critic was claiming; it was innocent. As has been every Atelier game that has come since. 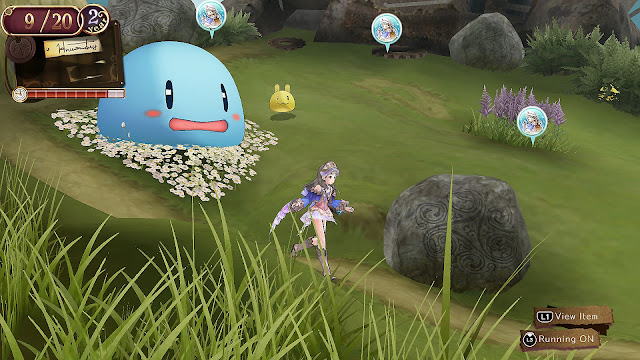 (As an aside I would also say that the review score – 5/10 – would have been enough to tell me that perhaps my taste in games diverge from critics, but I’d already realised that on the PlayStation 2 when FromSoftware’s Dark Souls predecessor, Kings Field IV, got absolutely lambasted by critics and yes when I picked it up on a whim I absolutely loved it. More than I love Dark Souls now).

Related reading: My review of Atelier Meruru on PlayStation Vita

Atelier Rorona, Totori, and Meruru all share the same basic structure. Each time, you take the respective protagonist through a coming of age adventure – she’ll start out sheltered and comfortable, before being thrust into a series of challenges in which she’s very responsible, and the consequences are substantial. For example, Rorona has to complete a state-issued objective every 90 days, or the Atelier she’s apprenticed at will be shut down (and then her master decides to quit, leaving her by herself). Meanwhile, Meruru is a princess, and needs to help build her father’s kingdom else she’ll be forced to give up on her dream to become an alchemist.

Along the way the girls learn all the standard lessons of a coming of age story. They’ll learn about society and how people work together. They’ll learn about themselves, their limits and their potential. They’ll come out the other end of their stories as fully capable, successful women… assuming, of course, that you get the good ending. Because each of these games have time limits and require time management, it can take a bit of practice to “get in the groove” and reach those best endings. 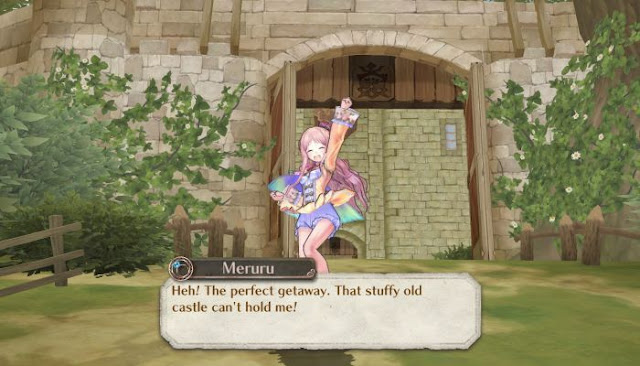 To achieve what they need to achieve, the Arland girls all need to go out into the wilderness to fight monsters and collect ingredients, before then stirring the pot (literally) to turn those raw ingredients into finished products. Those products can range from equipment to benefit the party on future excursions, through to bombs and similar tools, or finished goods that are needed to complete objectives and fulfill requests. Actually balancing how how to make best use of the ingredients while still achieving the competing goals that you’ll have makes for an enjoyable, and ultimately satisfying gameplay loop. Items have quality ratings and different ingredients can impart different statistic boosts to the finished product, so playing around with recipes and so on makes sure that even when you’ve crafted an item a dozen times in the past, it still remains something you think over.

The presentation is bright and airy. Cut scenes are generally kept short, and usually have some kind of sweet or funny punchline to help build an enjoyable cast of characters, making each new interaction something to look forward to. Each of the girls ends up with a large ensemble team around them, and the group dynamics are always good natured (even when there’s teasing) and pleasant.

About the only thing that I’ve never found to be too engaging in the Arland series is the combat. It’s perfectly functional turn-based stuff, and each of the characters have a wide range of different skills to learn and use. There’s plenty of humour in those attacks as well, and the enemies can be delightfully cute in design. There’s nothing wrong with how any of the combat works, and in fairness to each game it’s possible to play each one where you don’t rely so heavily on combat and avoid a fair few battles by instead buying the ingredients you’d get from a fight from stores and the like. It’s just that this is one of those rare JRPGs where I wish there was a truly pacifist option so I could focus more on the interactions between the characters and the alchemy.

Of the three Atelier Arland titles, Meruru is by far my favourite, and it’s not only because I find the character of Meruru to be the most gorgeous, delightful, cute leading lady of the three. Atelier Meruru also has a light simulation element where you can build new buildings and slowly grow the hub town as you play. We’re certainly not talking about something of the depth of Sim City here, but it’s a nice additional mechanic to play with, and it’s a joy to watch the city build up as a direct result of your actions.

Colourful and bright, charming and joyful; the Atelier Arland series is pure “comfort food.” There’s some thematic depth and a broader point being made through the broad coming of age narrative arcs that each title is structured under, but for the most part what makes these titles all stand out so perfectly is their laid-back gentleness and innocence. In a world where the bulk of games are getting ever-progressively gleeful in their darkness, brutality and violence, it’s so nice to play something so straightforward and pleasant. The reputation that these games have in some corners, as “anime games,” is most assuredly undeserved.