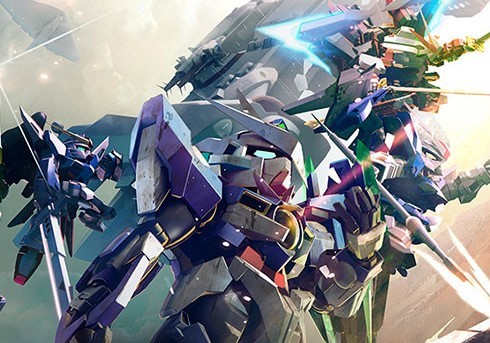 With a series as long running as Mobile Suit Gundam (which started back in 1979), you’re going to get a lot of fan favorites, agreements and disagreements. Acting as probably one of the most extensive bits of fan service to the long running series that I’ve seen in a long time, Cross Rays is more than just a mashup of various Gundams in their chibi SD format, played out through turn-based tactical action. Cross Rays is a tribute to popular series outside of the Universal Century with Gundam SEED, Iron Blooded Orphans, Gundam 00 and Gundam Wing as well as the sequels and side stories. It’s that comprehensive.

As a fan of the whole series, and of mechs in general, this is a love letter that I honestly swooned to open. A lot games based off of something as long-running as the Gundam property tend to be lacking in one way or another. Sometimes it’s shallow in gameplay, while at other times it’s limited in scope, only showing a cross-section of the total property.

SD Gundam G Generation Cross Rays fixes this issue as it’s not just a custom scenario. It’s a visual novelisation of each series and the events that unfold. Some of these are short with reading and gameplay clocking in at around thirty minutes, while others could take upwards of an hour or two to work though. I’ll be quite clear and upfront that Cross Rays is a time investment and isn’t designed to really be picked up and put down on a moment’s notice. This one will take you a long time to work though all of it. 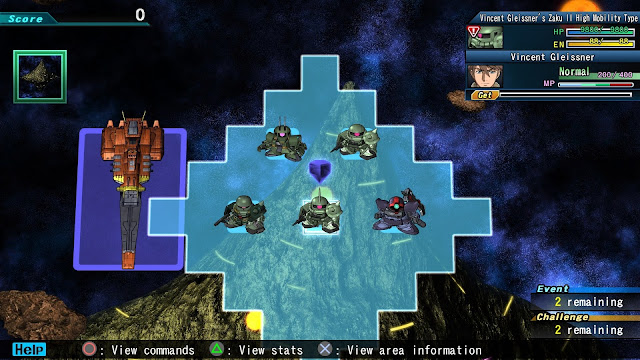 Jumping into the series themselves, while I’ve seen or read just about everything provided short of 00F and Gundam SEED Stargazer, there’s always enough information being given that fans of the series can sit comfortably down to and not have to remember everything. For newcomers to Gundam, or to other series that they may not have invested time into like the Astray side series from SEED, they start from the beginning, letting you know what is going on, who is who, and what to do once things get into the action. Unlike with many other tie-in games, the narrative elements don’t feel as truncated to get players into the action, giving a more cohesive overall experience.

Of course all the content would be for nothing if the game didn’t play well. Using a turn-based strategy model not unlike Fire Emblem or Disgaea, there were quite a few features that a lot of other developers could learn in order to speed things up. Set out on a square based grid, you’ll have access to both the story units of the events you’re playing, alongside a variety of other default units and units that you’ve unlocked that can be deployed to assist your core mission. At first it will only be those that came as a default, but it won’t take long to unlock other mobile suits or Gundams that you can start to bring into other battlefields, too.

It’s important to note the addition of other series’ units. They don’t play a role in the story side of the equation, but they will help level the odds because otherwise the game can feel downright unfair at times. This is what makes Cross Rays such a love letter to Gundam fans. You have series both old and new being able to mesh into one another, and all experience gained by pilots and suits stick with that pilot and that suit. So starting off with Gundam Wing and unlocking the five Gundam units for use elsewhere, you’ll have an easier time in Iron Blooded Orphans where in the first mission you only have the Barbatos and whatever you’ve declared as backup from your own personal inventory. There just hasn’t been a more enjoyable and rewarding unlock system in quite some time. 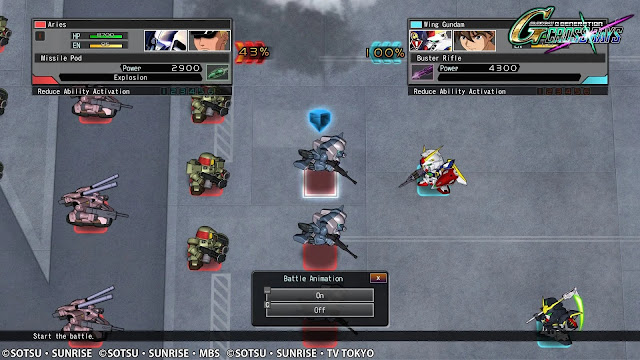 You can also take suits and merge them via a development tab in order to make newer and more powerful versions. While it takes some time and in-game currency and therefore becomes a bit of a grind, it’s a hell of a system. What I had wished is that this feature was actually explained as I stumbled upon it, and it is quite complex, in that you can end up producing things that are less effective, or not what you intended.

Finally, I have to note that the visual presentation may not be for everyone, and the almost old school “Flash”-like representation of the mobiles suits and Gundam units on the map can come across as overly simple. I personally loved it as they looked to me like chibi chess pieces on a board that I was about to dominate, however there is also some mixing and matching of various art styles that I can see some finding disjointed and lacking aesthetic cohesion. I can see what the developers were doing in trying to reflect the full gamut of Gundam, but you’ve got to be a real fan to get much out of this approach to visual style.

So while SD Gundam G Generation Cross Days may not be for everyone, I would definitely recommend it to fans of the series and fans of turned based tactics. With all of the series and side stories available to play, not to mention the sheer number of available units, there is more than enough to keep you busy for a long while… and this is just the start. This one has a season pass, and the promise of adding even more suggests that this game may well become a hobby in its own right.