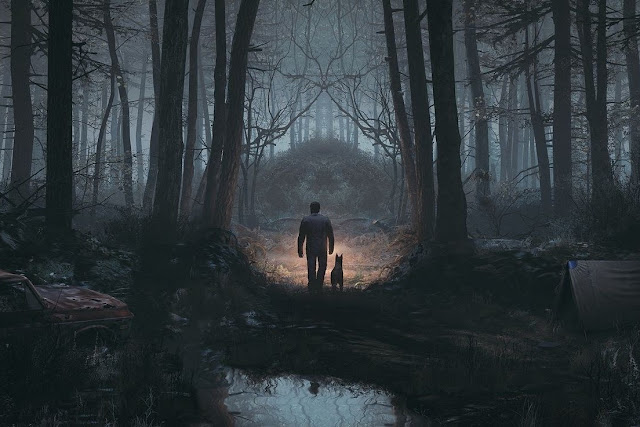 Bloober Team’s take on Blair Witch is an admirable attempt, but an ultimately flawed game. It’s a horror title which has the player wandering in the woods of Burkittsville (previously Blair), the same space which the Blair Witch films took place. It aims for a similar tone and aesthetic to the films, using the lore of the franchise to build upon the developer’s already refined penchant for thoughtful, surreal horror. The devil (or witch) however, is always in the details, and unfortunately a variety of small issues prevent Blair Witch the game from ever fully realising its potential.

To clarify, I now get to wax lyrical about adaptations! Film franchise to game adaptations have always been patchy, and although we’re firmly out of the licenced-game-trench of the 2000’s, developers are still being challenged by the marked differences between the two mediums. Usually, treating the game as if it were a film, except with some gameplay attached, is a recipe for disaster. Bloober Team’s Blair Witch thankfully doesn’t do that – it tells a self-enclosed story with distinct elements from the films – but it struggles to translate the tonal identity of the film to a mechanical framework in the game.

Here’s the case in point – the original Blair Witch was terrifying precisely because of the nature of film as a medium: there’s always the temptation that seeing is believing. The film’s found-footage, documentary style made the appearance of supernatural elements all the more impactful, and the element of surprise went a long way into making memorable horror set pieces. Meanwhile in games, particularly the horror genre, the player flat out expects to be scared. Of course there are going to be scares. The player is waiting for it, hoping the developer dolls the scare up in an unexpected way. These two approaches clash harshly in Blair Witch, the game. 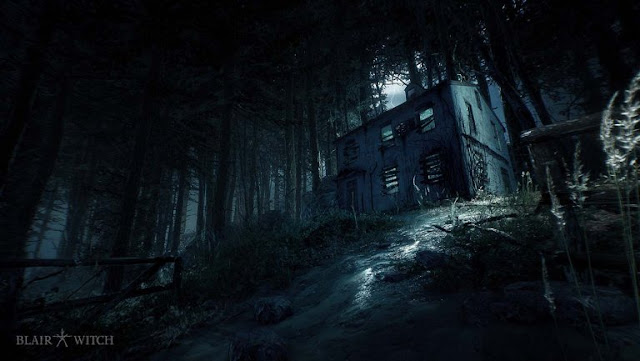 In the intro, the player character, Ellis, arrives at the edge of the Burkittsville forest. He’s following a team of police officers who are looking for a young boy named Peter, who may have run away from home. The setup is completely ordinary, and aside from some foreshadowing banter over the police radio about a witch who was hung in the forest, there’s no sense of menace at all. It takes a good hour or so of wandering before any real threat emerges, and when it does arrive it’s too little too late – the player has been waiting, watching every potential angle, and when it does arrive it lacks the impact a good scare should have.

The other problem with Blair Witch is that it falls into the standard horror game tropes, which genre aficionados may well have already lost interest in. Bloober Team builds upon the ideas from its previous two Layers of Fear releases, aiming to craft a narrative first and foremost, bolstered by mostly walking and puzzle solving. Throughout the game the player will find video cassette tapes which can be fast forwarded and rewound in order to alter the physical environment. Later in the game, there are also non-contiguous spaces which loop back upon themselves, which the player will need to solve puzzles to successfully navigate. The cassettes and the surreal environments are cool, but neither are distinct mechanics, so to speak. Rather, they are gimmicks which break up the monotony of walking forward and following a path, which is what the gameplay still primarily feels like.

This is where the setting of the Burkittsville forest becomes a problem – as it’s so much more difficult to get a sense of direction and place in a forest of similar looking trees, as opposed to a more linear house or ship with narrow corridors. Jump scares are naturally much harder to do in open spaces such as forests, because how can the developer predict which direction the player is coming from? Once the enemies do appear, they are easily dispatched by shining your torch towards them – but they move quickly and circle the player, and the camera turn speed is rather slow on console controllers. For both these problems, Bloober Team’s solution is to add a dog. 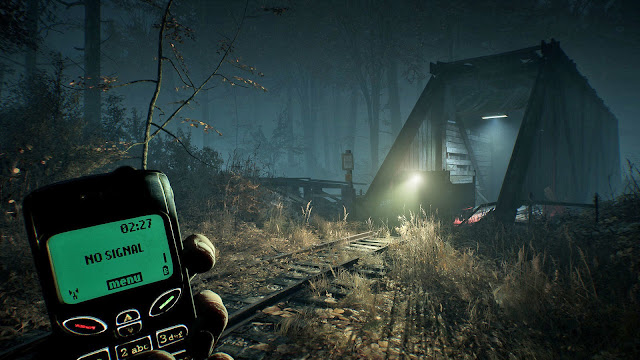 Ellis’s dog, Bullet, is one of the fan-favourite additions to Blair Witch and for good reason. It’s clear that the developers poured a lot of love into making Bullet seem realistic and affectionate. In universe, Bullet is the therapy dog for Ellis, which foreshadows the PTSD he suffers from events in his backstory. Mechanically, Bullet is your guide to the forest – he knows which way to go and will lead you there, most of the time. But he is also designed to act like a living creature and will occasionally get lost or sidetracked, so the player will need to make sure they call out to him often. Once monsters start appearing, Bullet is your way of knowing which direction they will approach Ellis from. This will help you shine the flashlight on the enemy before they get a chance to hurt you.

The relationship between Ellis and Bullet is one of the most important parts of the game’s implicit narrative, and ultimately one of the game’s greatest strengths. Many players will naturally develop an emotional attachment to the dog, and this will keep them motivated to keep trudging through the forest even when the immediate task at hand is unclear. Ellis also has access to a police radio and an old Nokia 3310, so he can contact the sheriff of the police leading the investigation, and an ex-lover, Jess. These optional conversations provide a little more background into Ellis. his motivations and his backstory, which help players clue into some of the more surreal and hallucinatory moments later in the story. The developers do well when they are adding this human touch to the narrative, as all things are scarier when emotional attachment is at stake.

Bloober Team do manage to flex some of creative muscle in the latter half of the game, but unfortunately the weight and expectations of the Blair Witch property weigh down the narrative that the studio very clearly wants to tell. Genuinely interesting ideas about trauma and regret are intertwined with the Blair Witch mythos to the detriment of both. Plus, the additional time spent wandering and solving arbitrary puzzles before the plot finally gets going is sure to put off less patient players. For fans of the Blair Witch franchise, this game is an interesting vignette which fleshes out the universe a little more. But for those looking for a horror game filled with good scares, this is probably one to pass on.

Game of the Year 2019! PlayStation 4 release of the year