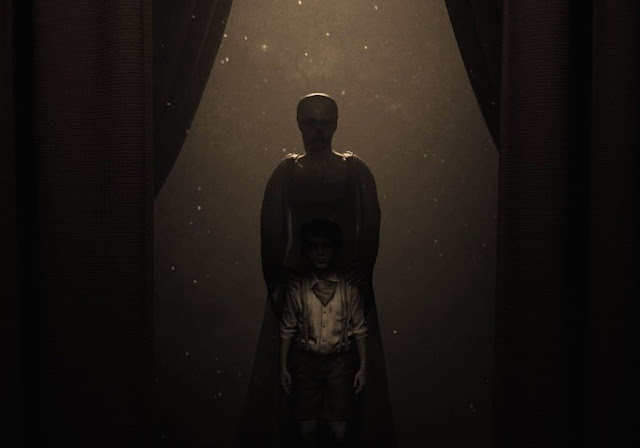 Layers of Fear 2, like its predecessor, is impressively effective at highlighting certain limitations in the way that we talk about – and write about – horror in video games. In our space we’re all so used to horror being associated with the monstrous, and the idea that our protagonist is in some kind of physical danger, that anything that falls outside of that narrow view is immediately dismissed as “not scary.” It’s a fascinating blind spot, because were it applied to cinema or literature, half of Stephen King’s work would be likewise dismissed and Lovecraft wouldn’t be considered an author of horror at all. Likewise cinema classics as far ranging as The Exorcist through to The Shining would also be dismissed as being “not scary”. Imagine if film critics limited the definition of cinema horror to Friday the 13th and Saw – that’s about where the discussion is around horror in games.

Related reading: Lindsay’s review of the original Layers of Fear

In a sense Layers of Fear 2 is one very brave horror game in that it lacks the physical sadism of more base horror films. Aside from some ill-conceived but blissfully brief moments where an apparition chases you around, there’s no sense of physical danger in the game. But is it scary without that? Yes, it resoundingly is so. If you think about the implications of what is depicted in Layers of Fear 2, and pay attention to the narrative, this game works as both a beautiful homage to classic cinema, and as a genuine work of horror.

As the great Stephen King himself once wrote, in exploring the basic foundations for how horror functions (King is actually a superb theorist to go with his novel writing skills): “The three types of terror: The Gross-out: the sight of a severed head tumbling down a flight of stairs, it’s when the lights go out and something green and slimy splatters against your arm. The Horror: the unnatural, spiders the size of bears, the dead waking up and walking around, it’s when the lights go out and something with claws grabs you by the arm. And the last and worst one: Terror, when you come home and notice everything you own had been taken away and replaced by an exact substitute. It’s when the lights go out and you feel something behind you, you hear it, you feel its breath against your ear, but when you turn around, there’s nothing there…” 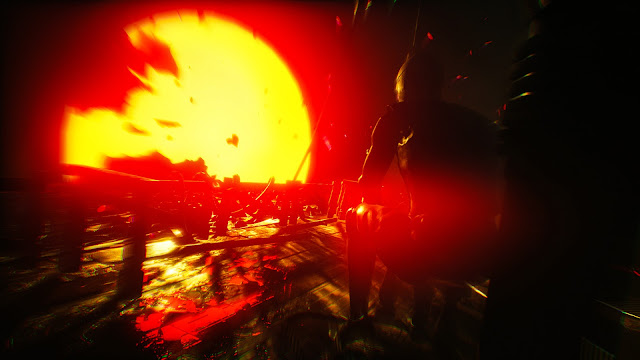 Video games have been particularly effective at the gross-out over the years. Most horror games belong there – including popular franchises like The Evil Within and Resident Evil. There have been some impressive efforts as King’s second “horror” category, too. The like of Silent Hill would sit within this particular sphere. It’s “terror” that developers struggle with, and pundits struggle to even recognise as horror within video games. Here is where Layers of Fear sits.

The original Layers of Fear explored the intense experience of artistic creation through the eyes of the visual arts – i.e. paintings. Layers of Fear 2’s seed comes from a similar place, only this time around it’s exploring how cinema is created. The process of artistic creation, in any field, is a sublime one, requiring such a complete focus and commitment that it can begin to distort the way that we view the world. Indeed, madness and the creative process are often closely linked. The story most people associate with Van Gogh is the incident when he cut off his ear. The Marquis de Sade spent years inside a mental institution, William S Burroughs and his dalliances with drugs were infamous, and in film circles there are eccentrics such as David Lynch behind the lens, and Jared Leto in front of it. It doesn’t always end well for the artists (or their popular reputations), but when the act of creation requires such complete commitment to emotion and thought, the experience of the artist when making their work can be one that has the taint of the surreal and absurd to it, and the maddening nature of that is a ripe source of material to base a horror tale around.

Layers of Fear 2 explores that creation process through the lens of cinema, and visually, it’s utterly stunning. The developers have filled every scene and frame in this game with visual motifs to the unique aesthetics of film. Whether it’s the area’s lighting being created through the use of projectors, the recurring motif of the lens, with key scenes being viewed through circular or square “holes” that emulate looking through a camera or screen, and the use of props and set designs to create spaces for horror, the entire game comes across as a love letter for vintage cinema. In fact, as you play along, you’ll frequently feel like the developers can’t get to the next black-and-white scene fast enough.

There’s not much to do in Layers of Fear 2, other than to follow the narrative path, solving the occasional (easy) puzzle along the way, and, in rare moments, running away from that pesky Casper. It’s rare that a walking simulator is so open about its inherent linearity, but Layers of Fear 2 positively revels in it, with arrows on the ground acting as both directions for players, and another homage to the early days of cinema, where action scenes would be mapped out for actors using markers on the ground. What makes it so interesting, and the reason that you’ll keep pushing on, is because the developers transition between one visually stunning set piece to another with such regularity that it’s almost overwhelming. Every “room” that you move through is a new opportunity to explore different lighting effects, a different use of props, and different approaches to building horror. One space might involve dodging a patrolling light, while the next will involve picking up a gun and blasting a mannequin doll into oblivion. Seconds later you’ll be exploring a theatrical pirate ship, complete with the burning lights of the simulation of the evening sun. Every moment in Layers of Fear 2 is striking, unique, and shows a masterful level of control over narrative, lighting, and the use of music and sound.

Jump scares are minimised, because the developers want you to focus on the narrative. That narrative has some pretty heavy moments, but it’s easy to miss a lot of it, because so much of the time the game’s also asking you to be reflective and methodical, carefully searching across each room for little pickups that delve into the story in more depth. Miss too many of those and the overarching plot will become too fragmented for its own good, but once pulled together, the narrative tapestry of Layers of Fear 2 is a particularly effective example of the kind of good horror writing that can get under your skin and stay there, chilling you, for quite some time thereafter.

The sum of it all is that Layers of Fear 2 works a little like a thinking person’s haunted house. You’re on a one-direction ride, and around every corner is something different, by psychologically menacing. You know that there’s no genuine risk or danger, and there’s no attempt to even suspend that disbelief, but the atmospherics and carefully structured aesthetics of horror build that tension in your stomach anyway. With the addition of a powerful and provocative narrative, Layers of Fear 2 goes far beyond what the best haunted houses can do, and the result is a game that is truly mesmerising. 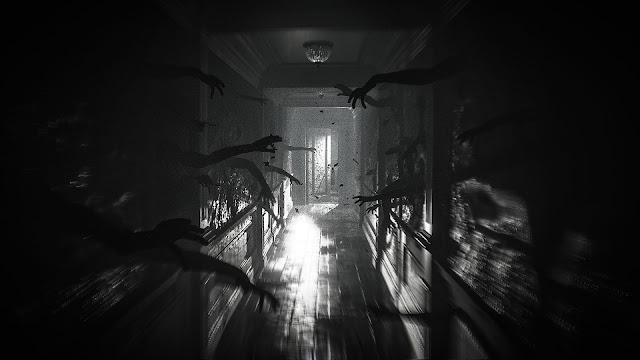 I wish more horror games were like Layers of Fear 2. It’s a mature and intelligent understanding of the deeper and more meaningful elements of horror, and while I can have as much fun as anyone creeping around a Resident Evil game and shooting the ugly monsters while being startled by the jump scares, it’s something like this that I end up reflecting on well after I’ve finished playing, and this is the kind of game that I return to when I’m looking for an actual horror experience.