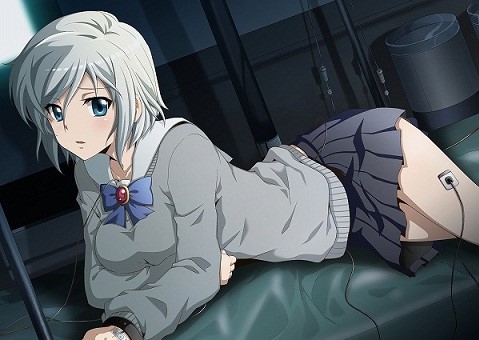 I think we’ve hit the point where we can call the Corpse Party series a massive missed opportunity. What has been created within it has been great, true Japanese horror, but as time has worn on, the poor management of the property thanks to its dōjin roots has prevented it from blossoming into the darkly transgressive series it has always promised to become. Corpse Party 2 is the most disappointing of these, since we may well never actually see the end of Corpse Party 2.

Related reading: Our review of the original Corpse Party, which is available on the Nintendo 3DS.

Corpse Party 2 was developed by a team of enthusiasts that were affiliated – but separate to – the main development team. As enthusiasts they were no doubt keen to get something out and start sharing their vision for the game. That something was the first chapter of what was meant to be a multi-chapter property. That chapter was released back in 2013 and we’ve heard very little about the rest of the game since. For some reason, however, XSEED has decided to officially localise the one chapter of Corpse Party 2 and release it in English (there had been a fan translation previously, but this is the first “proper” effort)… and that’s what I have here in front of me. The publisher and developer are effectively asking me to review a fraction of a total game, with no guarantee and an increasingly fading hope of ever seeing the rest of it. As a result of that, this isn’t going to be a pleasant review. And I might just finish it half-way through, because that seems to be within the bounds of what is acceptable these days.

Horror, more than most other genres, needs to wrap itself up. That’s not to say that you should necessarily walk away from the story on a high, or feeling like the good guys have won the day. Many of the very best horror texts leave you feeling very uncomfortable at the end. But the themes and purpose of horror mandates that you know what happens to each character, and allows the entire grotesque nightmare to play through to the end. Without that, you’re left with so many questions that the actual point is lost… and when that happens, without a point, all that’s left with horror is to latch onto from the experience is the grotesque imagery has the greatest impact, divorced of context. 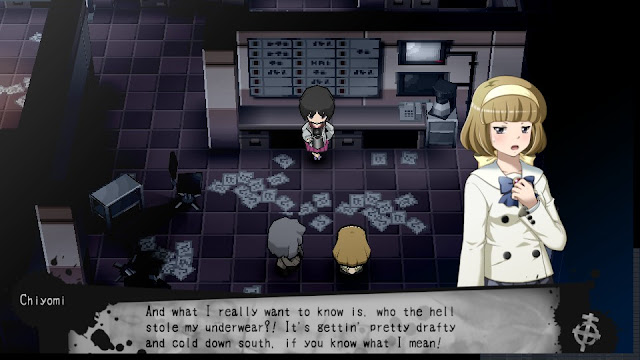 Corpse Party 2 has grotesque imagery and imagination-tickling horror by the bucketful. That’s the entire drive behind the series. You’ve got adorably cute school girls in adorably short skirts, represented by adorably chibi character models, and rather than hit up the beach for the obligatory fanservice episode, instead they get put through a gauntlet of the most sickeningly violent scenes you can imagine. For added impact, those scenes tend to rely more on exquisite language and sound effects than relatively simple visual imagery, making them all the more potent, because what you can imagine is always going to be worse than what someone can make you see. You don’t see a whole lot in Corpse Party 2, but it’s a game that goes from having one girl talking about waking up with no underwear on (while fanning herself with her skirt), to another girl defecating on herself through the horror and pain that she’s going through. Truly, Corpse Party is one of the most impressive properties in taking fanservice and subverting it to the most extreme reaches possible, and Corpse Party 2 (what little we’ve seen of it) continues that tradition in style.

Must of Corpse Party plays like an amateur take on a professional project such as Yomawari, in that it’s a fairly pedestrian-paced adventure/exploration game with the occasional moment where you need to flee from monsters that are chasing you. Thanks to truly dreadful AI and plenty of healing items, however, surviving Corpse Party 2 isn’t really a challenge, and nor is it meant to be. The game wants to hurry you through to the next moment where it can describe ripping flesh and panty pooping, and by keeping the location of the adventure confined to a small area, and making both puzzles and the occasional boss battle quite simple, Corpse Party 2 achieves what it sets out to do. It wants to be a visual novel, and for the most part, you’ll be seeing it as one of those, rather than a more traditional stalker horror game that it borrows its “gameplay bits” from.

Call it cerebral horror then, if you will, and Corpse Party 2’s sometimes clumsy programming and limited production values help to give it that grindhouse, B-grade veneer that only enhances its appeal. It’s just a pity there is so little of it, and that’s not just because it feels short. I’m fine with short games. I prefer them, in fact. No, Corpse Party 2’s biggest issue is that it feels incompletely, blatantly so, and that’s because it is, in fact, incomplete. 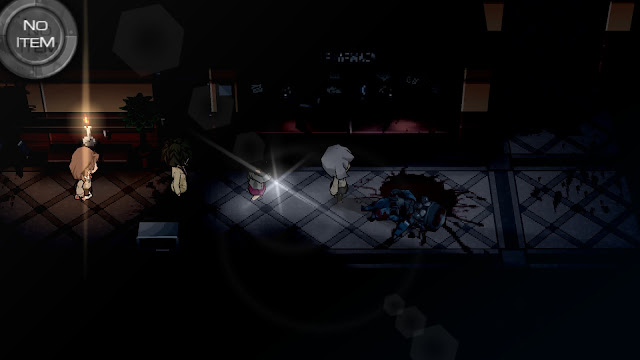 If there was forward momentum on the subsequent chapters, or some kind of guarantee that the story will actually be completed, then Corpse Party 2 would be essential. I love this series for its sublime use of horror language and the pictures it paints with words rather than relying on (just) the visual grotesque. But this “latest” entry into the franchise only gets to be great if it’s actually finished.